While the government said details on the quantity of doses to be imported to India by Cipla are still under consideration, The Indian Express has learnt that the vaccine is initially expected to be provided to India in limited quantities — as donations by the US drug maker. 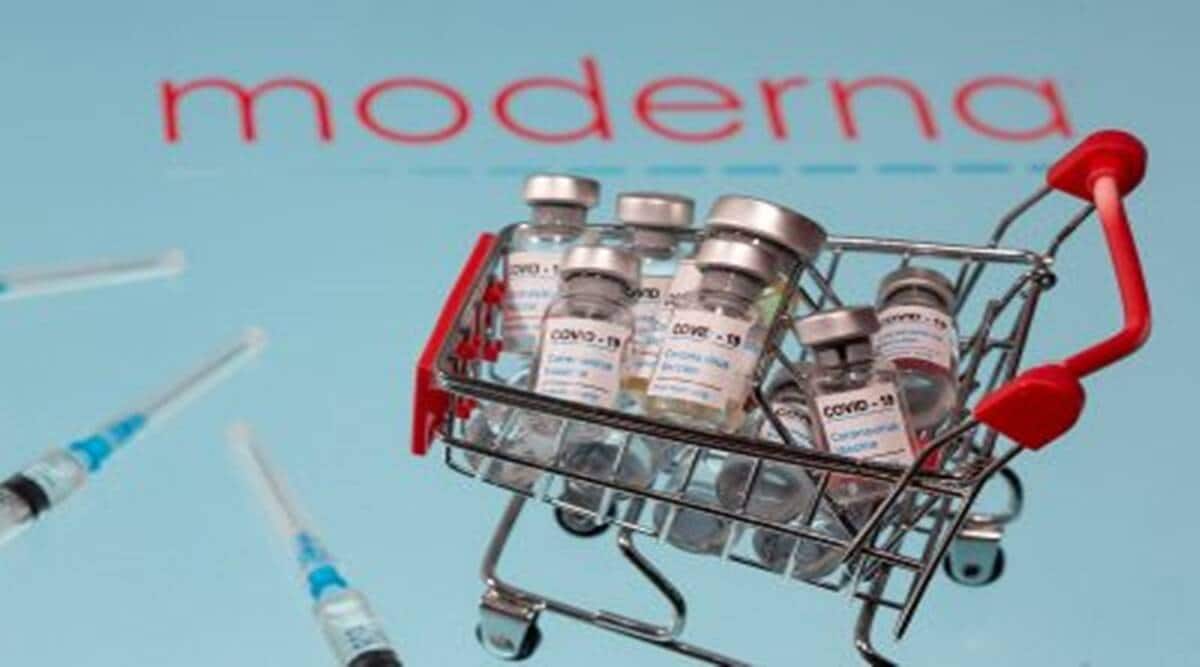 The national drug regulator on Tuesday granted emergency use authorisation to US biotechnology firm Moderna for its vaccine against the novel coronavirus, paving the way for its Indian partner Cipla to import the first mRNA Covid-19 vaccine into the country for commercial use. This is also the first internationally developed vaccine to be granted a waiver from conducting bridging trials in India.

While the government said details on the quantity of doses to be imported to India by Cipla are still under consideration, The Indian Express has learnt that the vaccine is initially expected to be provided to India in limited quantities — as donations by the US drug maker.

Confirming the emergency use approval to Moderna’s mRNA Covid-19 vaccine, Dr V K Paul, head of the national Covid task force, on Tuesday said, “I am pleased to inform that an application received from Moderna, through an Indian subsidiary and partner of theirs, Cipla, has been granted new drug permission for restricted use, commonly known as Emergency Use Authorisation. This is the first internationally developed vaccine for which such permission exists as of today,” Paul said.

He, however, said discussions on whether Moderna and Cipla would receive indemnity — protection from legal liability in the case of adverse effects — are still underway.

“That issue (indemnity) is being addressed and we have taken it up for examination. It is under consideration,” he said.

Emphasising that Tuesday’s decision is only a regulatory step, and that import details of the vaccine are being worked out, Paul said, “(The emergency use authorisation) potentially opens up a clear possibility of the vaccine being imported into India in the near future. There are other formalities we have to follow but very important licensure has been given (to Moderna),” Paul said.

It is unclear at this stage when Cipla will begin importing the vaccine and how many doses will be made available for India. Queries to Moderna and Cipla remained unanswered by press time.

“Cipla Limited is supporting Moderna, Inc. with the regulatory approval and importation of vaccines to be donated to India. At this stage, there is no definitive agreement on commercial supplies,” Cipla told the Bombay Stock Exchange on Tuesday night.

Moderna Chief Executive Officer Stéphane Bancel said, “I want to thank the government of India for this authorization, which marks an important step forward in the global fight against the pandemic. We are committed to making our COVID-19 vaccine available around the world.”

On Tuesday, Paul also said the Indian government is waiting for feedback from Pfizer on importing its mRNA vaccine into India. “We have had a discussion with Pfizer… We are going through the agreements that are required for such an arrangement to be operationalised… We are looking forward to receiving feedback from their end,” he said.

He said the government is also talking to Johnson & Johnson on the import of its single-dose vaccine. “There are four vaccines with such licensure: Covaxin, Covishield, Sputnik, and Moderna. Our vaccine basket is now richer by this addition. And our efforts to invite and to have other internationally developed vaccines, specifically Pfizer and Johnson & Johnson, also continues,” Paul said.

Covid-19 mRNA vaccines have demonstrated high efficacy in clinical trials — Moderna’s vaccine was found to have an impressive 94 per cent efficacy in phase 3 trials in the US — but require ultra-cold storage systems.

Paul, however, said Moderna’s vaccine can be stored at 2-8 degrees — a range that suits India’s cold storage requirements under the Universal Immunization Programme — provided unopened vials of the vaccine are stored for less than 30 days. “The seven-month storage is -25 to -15 degrees Celsius and medium-term storage is around -20 degrees Celsius. If it is an unopened vaccine vial, we can keep it at normal cold chain temperature of 2-8 degrees Celsius for 30 days,” he said.

Paul also said Moderna will not be required to conduct bridging studies in India to establish the safety of the vaccine on the Indian population, due to changes in the country’s regulatory regime. “We will only watch the first 100 beneficiaries who receive the dose,” he said.

The government had in April relaxed the requirements for local trials for vaccines with EUAs from regulators in the US, UK, the EU and Japan, as well as those with an Emergency Use Listing from the World Health Organization. Moderna has received EUAs for this vaccine in the US as well as Canada, Israel, the EU, the UK, Switzerland, Singapore, Qatar and Taiwan.

Rafael Nadal earns his 1,000th win in an empty and silent stadium