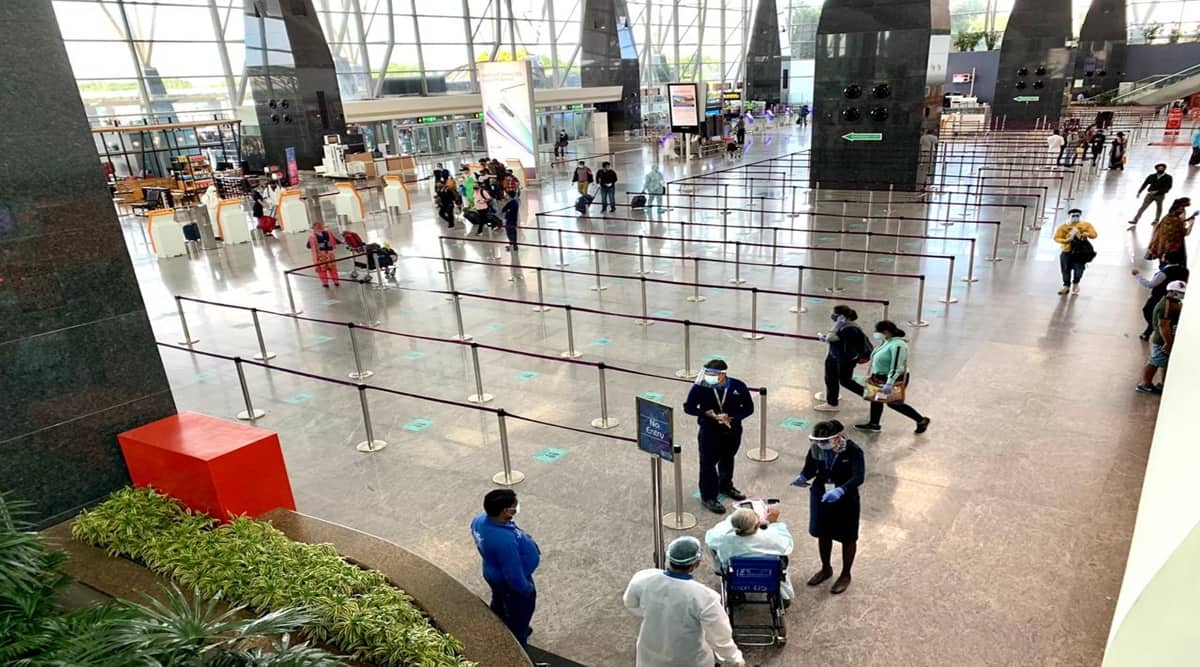 In further relief to domestic fliers, the central government Wednesday permitted Indian airlines to increase the number of passenger flights to 60 per cent of their pre-COVID capacity, PTI reported.

After resuming domestic passenger flights in India from May 25 following a two-month gap due to coronavirus-triggered lockdown, the Civil Aviation Ministry had allowed Indian airlines to operate only 33 per cent of their pre-COVID domestic flights. On June 26, the ministry had further eased the limit to 45 per cent.

Since their resumption on May 25, the average occupancy rate of domestic flights in India has been around 50-60 per cent only.

International passenger flights continue to remain suspended till September 30. However, special international flights have been operating under Vande Bharat Mission since May and under bilateral air bubble pacts signed with various countries since July.

In an online Idea Exchange event of The Indian Express, Civil Aviation Minister Hardeep Singh Puri had said that by Diwali (November 14), “we should be getting a bulk of our civil aviation traffic back in form”.

“We are increasing domestic passengers at the rate of 5,000 a week. With Mumbai hopefully having COVID numbers under control, I’m hoping that after the Ganesh Chaturthi celebrations, we will open up Mumbai more; Bengaluru, Kolkata will be a little less sporadic. We will be looking to touch the 50 per cent mark before too long,” he had said.

Puri had also announced ‘ Air Bubble’ agreements with the United States, France and Germany. Special international flights have been operating under the Vande Bharat Mission since May.

On August 28, the DGCA updated its SOPs announced during the resumption of flights on May 25. The DGCA allowed airlines to serve pre-packed snacks, meals and beverages on domestic flights depending on the travel time, and hot meals on international flights.

Besides food, the DGCA also allowed the usage of in-flight entertainment system on international as well as domestic flights, wherever available.

The DGCA directed passengers who refuse to wear a face mask in a flight to be put on the no-fly list. The airline and its cabin crew are sufficiently empowered under the existing DGCA rules to take action in this regard.

Those in power should listen to people, fulfil Ram Temple demand: Bhaiyyaji Joshi