The figures were shared during a press conference, which was addressed by Food Secretary Sudhanshu Pandey through video conference. 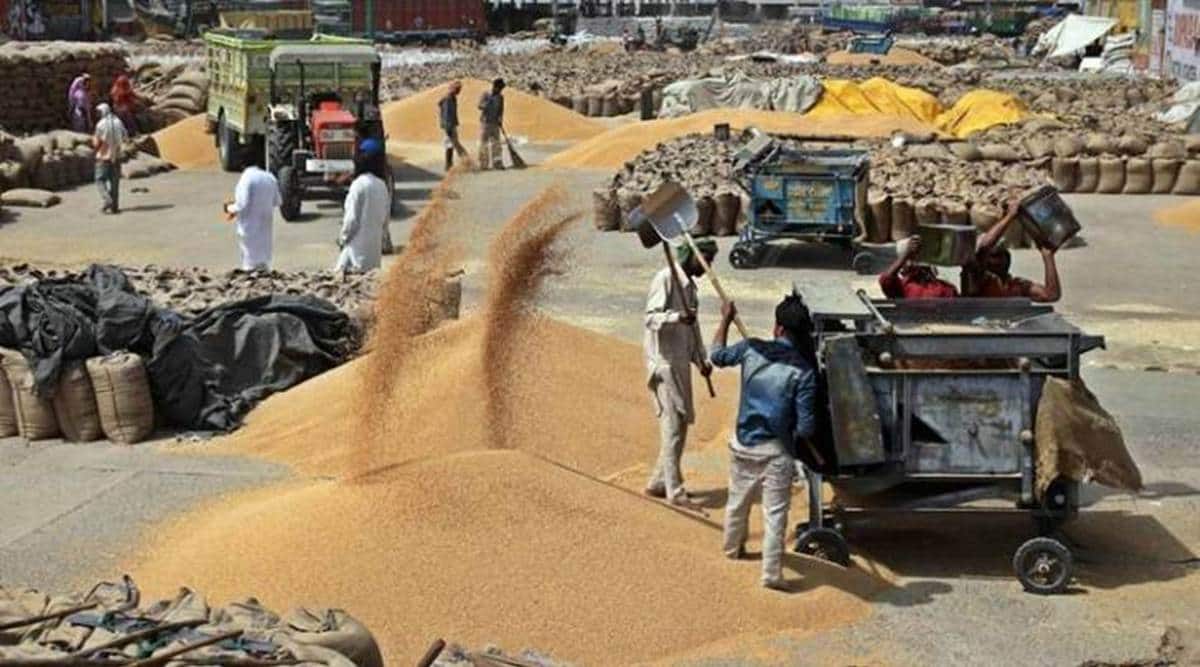 THIRTEEN STATES have started distributing foodgrains under the Pradhan Mantri Garib Kalyan Ann Yojana (PMGKAY), which is aimed at providing free additional 5 kg foodgrains per month to beneficiaries covered under National Food Security Act over and above their monthly entitlement for two months, May and June, the Union Ministry of Consumer Affairs, Food and Public Distribution said on Monday.

The ministry also said that out of a total monthly allocation of 39.69 lakh metric tonnes (MT) under the PMGKAY, 15.55 lakh MT have been lifted by states and 1.01 lakh MT have been distributed to 2.03 crore beneficiaries till May 10.

The figures were shared during a press conference, which was addressed by Food Secretary Sudhanshu Pandey through video conference.

On April 23, the government had announced its decision to restart the PMGKAY to provide free-of-cost additional 5 kg foodgrains per person per month to the beneficiaries, who are covered under the NFSA, 2013 amid surge in the Covid-19 cases. However, the new version of the PMGKAY lacks one of its important components– free-of-cost 1 kg pulses per month to each household covered under the NFSA.

The PMGKAY was first announced by Finance Minister Nirmala Sitharaman as part of the government’s Rs 1.70 lakh crore relief package under “Pradhan Mantri Garib Kalyan Yojana for the poor to help them fight the battle against coronavirus” on March 26 last year. Initially, the scheme was for three months — May, June and July – but later it was extended till November 2020. 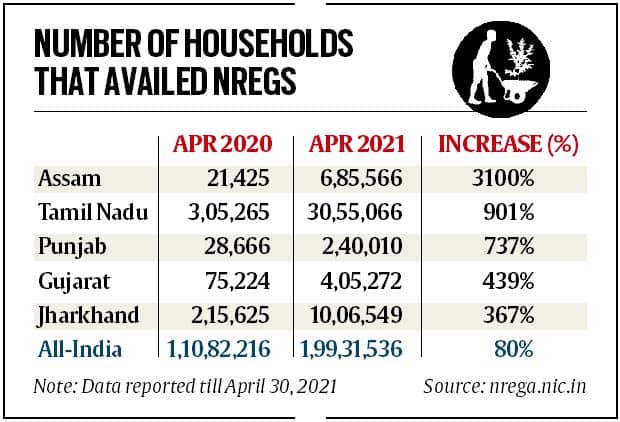 The Centre had also launched a separate scheme to provide free 5 kg foodgrain per person per month to stranded migrants for two months. However, the ministry has ruled out possibility of a similar scheme this time.

“The migrant crisis is not as big as it was last year. And migrants, whosoever have either stayed behind at their places of work because the industrial production in many areas – it’s not a complete lockdown scenario and it’s not a scenario of uncertainty. It’s a local lockdown; industry is working; complete lockdown is not there. That panic is also not there,” said Pandey, when asked why the government has not started the free foodgrain scheme for migrants this time.

“So, those migrants who went back to their villages, are availing of their ration cards — either state ration card or the central ration card,” Pandey said.

He said that people are using the One Nation, One Ration card scheme. “Out of 26.3 crore portable transactions ever since the One Nation, One Ration card was started, almost 18.3 crore portable transactions have happened during the Covid period in one year’s time…,” Pandey said. “This is a very startling figure, which shows that the people have made use of the portability of ration quite extensively.”

According to the ministry, all states and union territories except four — Assam, Chhattisgarh, Delhi and West Bengal — have implemented the One Nation, One Ration card scheme.