‘It would be a huge mistake to think that Gorbachev’s reforms did not achieve anything.’
‘We all live in the world, which is in many respects a result of Glasnost and Perestroika.’

“The Cold War is over — yes, now we have another confrontation, however it is still much softer and less institutionalised than the Soviet-Western antagonism.”

“Inside Russia people still enjoy a much higher level of freedom than it was under Soviet rule” says Dr Dmitry Novikov, deputy head, associate professor, Faculty of World Economy and International Affairs/School of International Studies at the National Research University – Higher School of Economics in Moscow.

“We were able to avoid a nuclear war, that’s already a great achievement, isn’t it?,” Dr Novikov tells Rediff.com‘s Archana Masih in an e-mail interview about Mikhail Gorbachev’s impact on the Soviet Union and the world.

The concluding part of a two-part interview:

Was it to avert the possibility of the breakup of the USSR that the KGB backed the August 1991 coup against Mr Gorbachev?
Considering that Mr Gorbachev was once a protege of former KGB chairman Yuri Andropov, to what events would you attribute the KGB’s disenchantment with Mr Gorbachev?

In his memoirs, the former US ambassador to the USSR Jack Matlock mentioned that he tried to warn Gorbachev about the coup several weeks before it happened.

Everybody understood that some kind of clash was possible. Tensions between Gorbachev and the conservatives in the politburo peeked in 1991. The coup was organised not only by the KGB: The police, army leaders and conservative party bosses all united against Gorbachev in the last attempt to stop his reforms.

The problem was that despite Gorbachev being promoted by Andropov, he was never respected by the army, KGB or other law enforcement bodies.

In fact, the reforms Gorbachev initiated made everybody dissatisfied with him. The army was distressed by his disarmament policies; the KGB by democratisation; the party elite by ideological changes.

It created a strong anti-Gorbachev coalition inside the Soviet leadership and nobody cared whose protege Gorbachev used to be.

What were the mistakes that Mr Gorbachev made during his seven year term in office that made him such a despised leader in Russia after he stepped down?

It is a very difficult question. There are still a lot of debates on what Gorbachev made right, what he made wrong, and what was simply unavoidable.

Probably the most fundamental problem was the absence of any strategy. It is a paradox.

Gorbachev initiated colossal changes, but during most of his term he just went with the flow of history. And the direction of this flow was not to his advantage.

It is said that while he was lionised abroad, he was reviled at home. Is it true that he was widely disliked or is the revulsion limited to the old nomenklatura?
Why didn’t ordinary Russians appreciate him more?
Were they not grateful for him removing the fear and terror that permeated ordinary Russian lives, that in the Brezhnev era could have led to them being sent to the Gulag?

In the first years Gorbachev was truly supported by the people. Young, smart, full of charisma. Soviet people were tired of Brezhnev and other old Soviet leaders.

The first half of the 1980s is famous in Russia as an ‘era of pompous funerals’ the old Soviet leaders died one after another. Suslov, Brezhnev, Andropov, Chernenko — they were all associated with yesterday, while people wanted tomorrow.

That is why the nomenklatura disliked Gorbachev for his initiatives and reforms, for his youth and idealism, but he enjoyed enormous popularity of the common people.

The problem is that in initiating liberalisation Gorbachev was never able to become a democratic politician legitimising himself through people’s support.

He remained an authoritarian Soviet bureaucrat, avoided elections and continued to rely on the party apparatus.

As a result, people got disappointed and the nomenklatura betrayed him. In the months of his rule Gorbachev was left totally alone.

Did Glasnost (openness) and Perestroika (restructuring) achieve anything at all in Russia? How? Or was it just a chimera and did not bring any notable real change or transformation in the country?

It would be a huge mistake to think that Gorbachev’s reforms did not achieve anything. We all live in the world, which is in many respects a result of Glasnost and Perestroika.

The Cold War is over — yes, now we have another confrontation, however it is still much softer and less institutionalised than the Soviet-Western antagonism.

We can go abroad, Russians and the Western people can communicate with each other, make joint projects, create families, etc.

Inside Russia people still enjoy a much higher level of freedom than it was under Soviet rule. And, of course, the market economy — it is also a result of Gorbachev’s reforms. At least, he made the first steps. 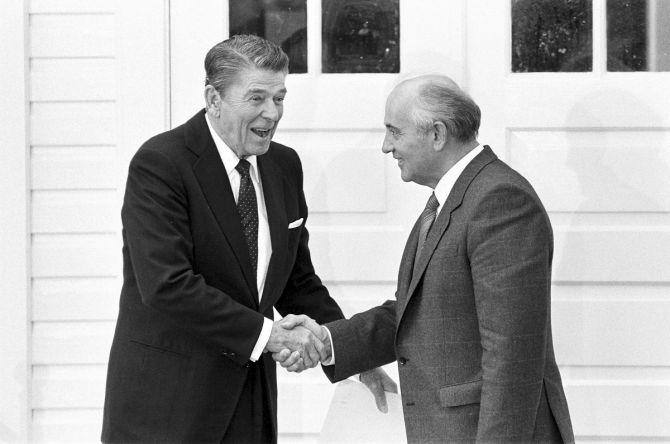 Surely, the world appreciated Mr Gorbachev more than Mr Putin is currently. Do you think all the treaties Mr Gorbachev entered into with Mr Reagan and Mr Bush were a strategic mistake as it undermined the Soviet Union as a powerful rival to the US?

I think these treaties were very useful both for the USSR and the USA, as well as for the whole humanity. We were able to avoid a nuclear war, that’s already a great achievement, isn’t it?

But frankly speaking, arms control treaties were quite necessary not only from an idealistic point of view. The 1980s were the time of decline of the Soviet Union and any Soviet leader, not only Gorbachev, whould try to stop the arms race, making strategic situation more favorable for stabilisation of the economy.

From this perspective the Soviet non-involvement in East European affairs during the ‘velvet revolutions’ was also a wise move.

Yes, now many people in Russia criticise it, saying, that as a result of it NATO knocks at the Russian door.

However at that time the Soviet presence in Eastern Europe was too costly, both economically and politically. Therefore, Gorbachev’s policies in these aspects were right, but he did everything very chaotically and many very useful initiatives he started turned into even larger problems after the USSR collapsed. Why did Mr Gorbachev not stop the breakup of the USSR? Or were the forces ranged against him so powerful — especially after the 1991 coup — that he felt it would be better to let centrifugal forces remove the glue that held the USSR together for more than half a century?

After the coup probably nothing could save Gorbachev, as well as the country he led. He tried to renegotiate on the new terms of the Union transformation, proposed to the republics a new treaty, which should reform the Soviet Union into some kind of confederation.

However, a number of the republics — first of all, Russia — wanted independence. People were totally disoriented and did not understand what was happening, but the republican elites used this moment to destroy the Soviet government along with the whole Soviet Union. It was a way to satisfy their own political ambitions.

Gorbachev did not have any ground to act. Moreover, he was probably psychologically distressed and it paralysed him politically. At the last stage of his rule he almost didn’t resist, observing the collapse of the Soviet Union from his office in the Kremlin. And then he left office. 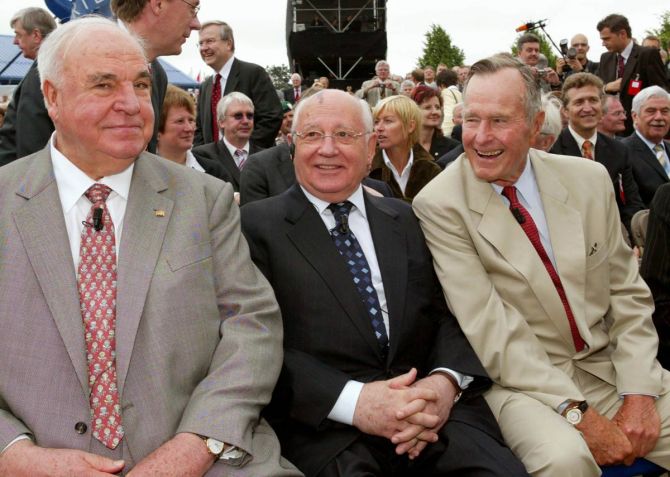 Could Mr Gorbachev have halted the break up of the USSR? Or was he too weak a figure?
Do you think that Mr Gorbachev believed that the USSR had outlived its existence and that is why he did nothing to thwart its break-up?

It is a question of the questions. Could a person play with history? Could he truly change it?

Many people say, that the Soviet Union was doomed to collapse. Ineffective economy, social collapse, many ethno-political problems everywhere. Nothing could help and Gorbachev only speeded up this process.

However, there is another opinion. The Soviet Union could be saved by the establishment of an oppressive, probably military, dictatorship. A new wave of repressions against dissidents, forceful suppression of secessionism and separatism, fear, fear and fear.

It would mean a lot of blood. Probably, Gorbachev didn’t want it. He preferred to step away peacefully and let the Soviet empire die.

A Muslim freedom fighter who was dead against partition

Are Jeffree Star and Nathan Schwandt Still Together? Here's Why Fans Think They've Called It Quits

Showing replay on screen before 15 seconds was costly: Virat Kohli on DRS