‘Why should our government opt for unproven technology that has been rejected by most countries across the globe?’
‘Being dependent on any other nation to supply you seed for your good crops is another form of slavery.’ Professor Dhiraj Singh, who served as director of the Indian Council of Agricultural’s Directorate of Rapeseed Mustard Research, is a strong opponent of the government’s move to introduce genetically modified mustard — GM mustard.

“Once the GM mustard seed has been sown and starts flowering, it will contaminate other indigenous varieties as also our soil and water. This is an irreversible process,” Professor Singh cautions Rediff.com Senior Contributor Rashme Sehgal.

Why has the issue of GM mustard suddenly cropped up after being in cold storage all these years?

The issue of GM crops has been debated in India for the last six years.

GM crops have been negated worldwide. Only five to six countries in the world have GM crops.

I am deeply concerned about this because GM mustard DMH 11 and its two parental lines are tolerant to the herbicide glufosinate ammonium.

As you know, Indians consume the oil, the seeds and the leaves of mustard. But this GM mustard is being released without having studied its various health impacts and without comprehensive testing.

This has not been done because the inherent lack of safety in this technology will get exposed in the results of such testing. 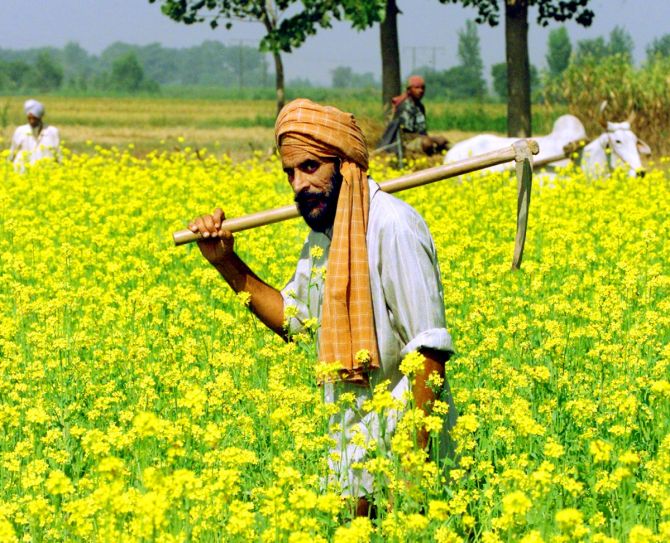 Without following due processes, are the test trials of GM mustard taking place?

Yes, GM mustard is being grown presently in six institutes.

This has happened two months ago and it must have reached the flowering stage. These should all be uprooted and burnt.

The Genetic Engineering Appraisal Committee had recommended it be grown after the environment ministry had given its approval. But the question we are asking is where is the data on bio-safety and on it providing a higher yield?

The recent affidavit they have submitted to the Supreme Court is highly misleading.

In what way do you say their claims are misleading?

GM mustard uses the pretext of creating hybrid technology in a plant like mustard, but in effect is a herbicide tolerant crop, and the entire bio-safety assessment of GM mustard does not take this fact into account.

In the case of GM mustard, a patently false claim is being made that the herbicide glufosinate will only be used for seed production and that farmers will be prevented by legislation from spraying it for weed control. But we have found that illegal spraying of this dangerous herbicide is being done in the case of BT cotton.

Nor have the regulatory tests taken into account that a glufosinate is known to have adverse effects on the environment and on health.

The bar-barstar-barnase gene is a patented technology of Bayer Crop Science, but this fact has been deliberately concealed from the public.

Once this GM mustard has been sown and starts flowering, it will contaminate the soil and also contaminate other indigenous varieties of crops. 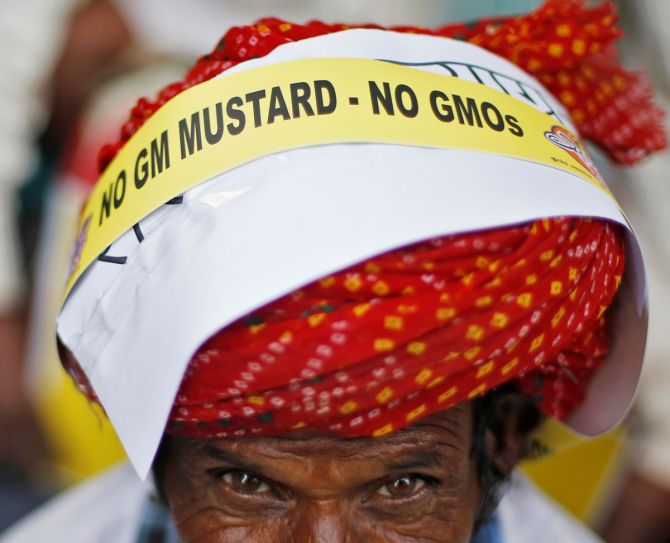 You are saying they provided incorrect information to the Supreme Court?

Yes, they have submitted incorrect information in their latest affidavit submitted in November 2022.

The government’s claim that GM mustard would help reduce our import bill is not born on facts on the ground.

India’s production of rapeseed and mustard has gone up more than 38 per cent in the past decade.

Nor should we forget that mustard comprises only 15 per cent of India’s edible oil consumption.

Further, farmers have more than 12 hybrid options all of which are high performing and high yielding to choose from, so why should they inform the Supreme Court about this risky and irreversible option?

The problem is that GM mustard is a herbicide tolerant which will push farmers towards a greater use of deadly chemicals.

An excess use of pesticide will end up contaminating non-GMO and organic mustard fields.

Why should our government opt for a random and unproven technology that has been rejected by most countries across the globe?

Agriculture will not be diverse. I must emphasise that once the GM mustard seed has been sown, and starts flowering, it will contaminate other indigenous varieties as also our soil and water. This is an irreversible process.

India is the centre of agricultural diversity and by introducing GM crops, we are endangering the global human heritage. How will this process of contamination take place since farmers will use the herbicide only on their GM crop?

The DM-11 mustard variety being herbicide tolerant allows farmers to kill the surrounding weeds without harming the crop or so they claim.

Let me point out that the technical expert committee of the Supreme Court (2013) and the unanimous reports of the Parliamentary Standing Committees which examined GM crops recommended a complete ban on GM crops.

Of course, this is something we have been emphasising.

We are exporting close to five lakh crores of food products only because they carry the non-GM tag.

Most of these countries are averse to allowing GM food products in their respective countries. GM Mustard is known to have an adverse impact on the population of honey bees?

The honey bee population will collapse in GM mustard is introduced.

Today, mustard is the only natural crop that bee farmers depend on.

Mustard honey comes from pollen and nectar of mustard flowers which is collected by bees.

Other food exports will also stop. BT cotton yield has increased, but sustainability is also a factor. China has not allowed GM crops?

No country is willing to allow corporate houses to gain a monopoly over our seed business.

Being dependent on any other nation to supply you seed for your good crops is another form of slavery.

Our traditional cotton seed used to cost the farmers Rs 60 per kg, today he is having to pay Rs 800 for 400 grams of cotton seed.

His input costs have gone up so much. So even if the yield increases, a farmer in the long run is not finding growing BT cotton sustainable.

Dr Deepak Pental (former vice chancellor, Delhi University) has been working in the area of GM mustard for the last 35 years with support by the government, but the farmers have rejected his findings.

GM mustard seed is smaller than our indigenous seed varieties and also has poor agronomic characteristics. It has a high portion of seed fall off.

Corporate houses want to ultimately introduce GM in all our food crops, whether it be wheat, maize, canola, soya bean and paddy.

Earlier farmers grew several varieties of cotton, but all these have got contaminated.

The same will happen to all our remaining crops.

We must not forget that India has been the centre for such a wide variety of crops.

These will get lost as will the number of herbs that we use in Ayurveda. These will become extinct.

Why is all this criticism going unheeded?

GM crops have not stood the test of scientific rigor and will only serve to burden our farmers further.

We were offered this BT technology at Rs 5 crore many years ago, but were not willing to pay for it. Now we are paying Rs 4,000 crore every year towards paying for Bt cotton seed.

They are doing this at a time of climate change when farmers have already been pushed to the wall.

A different test to assess students

They suffered through Covid-19, and still don’t want the vaccine