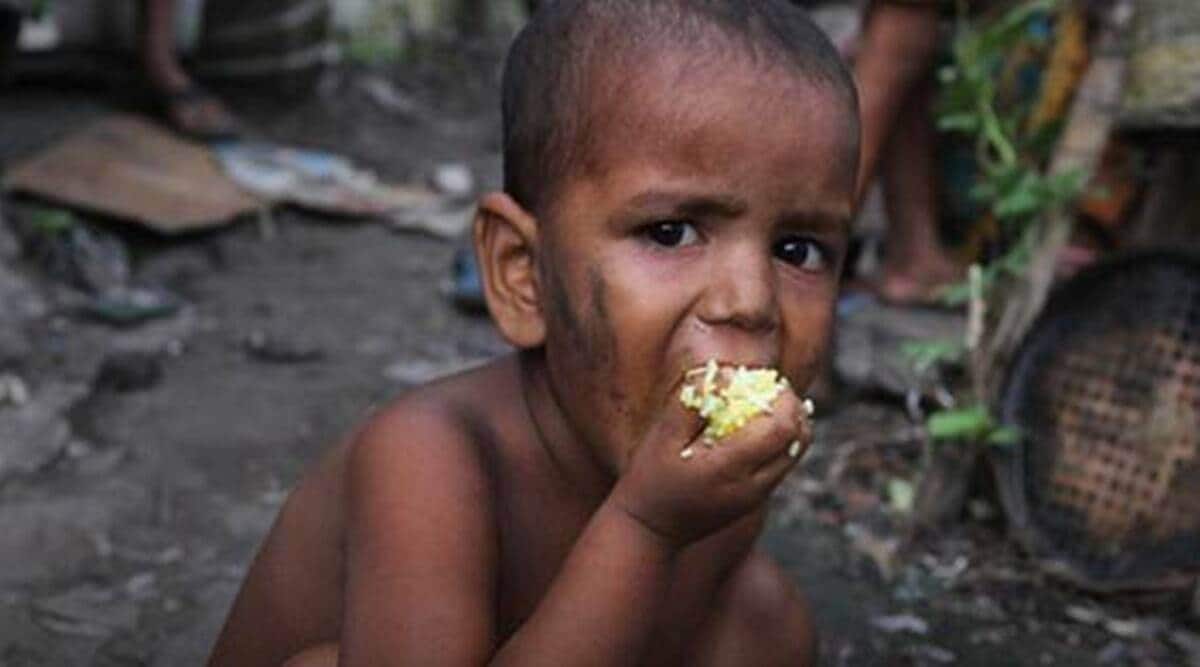 India has slipped to the 101st position among 116 countries in the Global Hunger Index (GHI) 2021 from its 2020 ranking (94), to be placed behind Pakistan, Bangladesh and Nepal.

A total of 18 countries, including China, Kuwait and Brazil, shared the top rank with GHI score of less than five, the GHI website that tracks hunger and malnutrition across countries said on Thursday.

The report, prepared jointly by Irish aid agency Concern Worldwide and German organisation Welt Hunger Hilfe, mentioned the level of hunger in India as “alarming” with its GHI score decelerating from 38.8 in 2000 to the range of 28.8 – 27.5 between 2012 and 2021.

According to the report, the share of wasting among children in India rose from 17.1 per cent between 1998-2002 to 17.3 per cent between 2016-2020, “People have been severely hit by COVID-19 and by pandemic related restrictions in India, the country with highest child wasting rate worldwide,” the report said.

Neighbouring countries like Nepal (76), Bangladesh (76), Myanmar (71) and Pakistan (92), which are still ahead of India at feeding its citizens, are also in the ‘alarming’ hunger category.

However, India has shown improvement in indicators like the under-5 mortality rate, prevalence of stunting among children and prevalence of undernourishment owing to inadequate food, the report said.

Stating that the fight against hunger is dangerously off track, the report said based on the current GHI projections, the world as a whole — and 47 countries in particular — will fail to achieve even a low level of hunger by 2030.

“Although GHI scores show that global hunger has been on the decline since 2000, progress is slowing. While the GHI score for the world fell 4.7 points, from 25.1 to 20.4, between 2006 and 2012, it has fallen just 2.5 points since 2012. After decades of decline, the global prevalence of undernourishment — one of the four indicators used to calculate GHI scores — is increasing. This shift may be a harbinger of reversals in other measures of hunger,” the report said.

Food security is under assault on multiple fronts, the report said, adding that worsening conflict, weather extremes associated with global climate change, and the economic and health challenges associated with Covid-19 are all driving hunger.

“Inequality — between regions, countries, districts, and communities — is pervasive and, (if) left unchecked, will keep the world from achieving the Sustainable Development Goal (SDG) mandate to “leave no one behind,” it said.

REWIND: Top photos of the week that was

Over 3,000 graduate from Sathyabama Institute of Science and Technology

Mahisha Dasara to be restricted to floral tributes this year