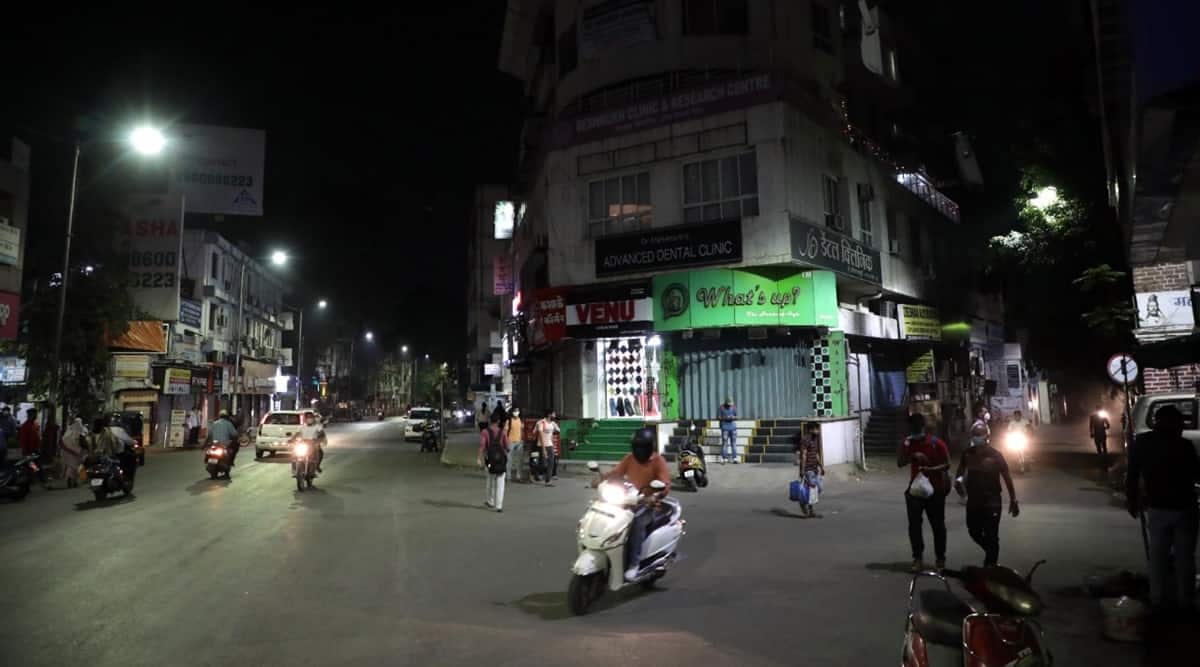 From lockdowns to strict restrictions, state governments are scrambling to check the rapid rise in Covid-19 cases around the country. While Pune has imposed strict rules, including night curfew from 6 pm to 6 am and shutting all eateries, Madhya Pradesh has gone in for a lockdown in four districts where cases are rising.

The administration in Pune on Friday decided to shut restaurants, bars, malls and religious places for seven days from April 3. Moreover, a night curfew will also be in place from 6 pm to 6 am in the district. Restaurants will, however, be allowed to provide food parcels and delivery services until 10 pm.

The district had recorded 8,593 positive cases, the highest-ever to date, on Wednesday.

“We have collectively decided to take some measures keeping in mind the goal of causing minimal hassle to citizens, but those that will help us slow down the spread of the virus. A golden mean was settled upon,” Pune Divisional Commissioner Saurabh Rao said. The restrictions come at a time when the threat of a complete lockdown looms large on Maharashtra, which has been witnessing the most number of cases in the country.

Similarly, the Uttar Pradesh and Karnataka governments have decided to suspend physical classes in schools in a bid to break the chain of transmission. While the Yogi Adityanath government has stated that schools for students up to Class 8 will remain shut till April 11, Karnataka has suspended regular classes for standard 6 to 9 in Bengaluru urban district with immediate effect.

The BS Yediyurappa government has also brought in several restrictions for the Bengaluru (Urban and Rural), Mysuru, Kalaburagi, Dakshina Kannada, Udupi, Bidar and Dharwad districts, that will remain in force till April 20. Seating capacity at cinema halls, restaurants and bars has been restricted to 50% of capacity, while the number of passengers in public transports has been limited to seating capacity. Gyms and swimming pools, including those inside residential complexes, have been asked to remain shut.

The Jammu and Kashmir administration has also asked the district magistrates to take a call on the continuation of physical classes in schools in their areas, considering students’ safety. This comes after dozens of students and teachers tested positive for the coronavirus in different districts, mostly Anantnag, Kulgam and Budgam, over the last couple of days.

Madhya Pradesh has gone in for a lockdown in Chhindwara district, Ratlam city, Betul district and parts of Khargone to stop the spread of the virus. The lockdown in Chhindwara’s urban areas and Ratlam city came into force from 10 pm on Thursday, which will continue till 6 am on April 5, officials said. The entire Betul district will be placed under lockdown from 10 pm and urban areas of Khargone district from 8 pm on Friday. The curbs there will continue till 6 am on April 5, the officials added.

Chhattisgarh, which on Thursday reported 4,617 fresh infections in its highest single-day spike since the outbreak of the pandemic, has also decided to impose a lockdown in Durg district from April 6 to 14. There is also a strict night curfew in many districts, including Raipur.

Meanwhile, even as Covid-19 cases continued to rise in Delhi, Chief Minister Arvind Kejriwal said his government has not yet taken a decision to impose a lockdown and urged the Centre to open up the vaccination process for everyone instead of keeping it restricted to specific age groups.

India recorded 81,466 new infections in the last 24 hours, taking the country’s overall caseload to 12,302,110. While Maharashtra accounted for 43,183 of the new cases, a new high for the state, Chhattisgarh and Karnataka reported more than 4,000 cases each.

Recovery team for An-32: ‘For 9 days, we waited in inclement weather’

Nikhat upbeat after her success in Turkey

Atrocities against SCs have shown no sign of abating: HC