Several Covid-19 vaccine candidates are in the pipeline in India. Here, we take a look at some of them. In the wake of a crippling shortage of vaccines across the country, the Centre last month had assured procurement of over 200 crore vaccine doses between August and December 2021, enough to vaccinate the entire adult population.

As part of the new vaccine policy, the Centre said that procurement will involve 130 crore doses of Covishield (75 cr) and Covaxin (55 cr)–the two vaccines that are being administered to Indians as part of the nationwide vaccination drive. The rest involves the procurement of several foreign and indigenous vaccines that are currently in the advanced stages of their trials.

Here’s everything you need to know about the upcoming vaccines

With the Novavax vaccine demonstrating an overall efficacy of 90.4 per cent in late-stage trials against moderate and severe disease caused by SARS-CoV-2, the Serum Institute of India (SII) is likely to begin clinical trials of Novavax’s Covid-19 vaccine candidate on children in July.

Developed by the American biotechnology firm Novavax, Inc., the recombinant nanoparticle protein-based vaccine — NVX-CoV2373 — will be known by the name Covovax in India. In August 2020, the two companies announced an agreement under which Novavax had given SII the licence to manufacture and supply the vaccine in low- and middle-income countries as well as India. Earlier this week, when Novavax announced results from its PREVENT-19 phase 3 trials at 119 sites in the United States and Mexico, reporting an overall efficacy of 90.4 per cent, Dr V K Paul, who head India’s Covid-19 Task Force, urged SII to begin clinical trials in the paediatric population without delay.

“There is an important, interesting, and positive development with regard to the Novavax results which are very promising. What we are learning from the data that is available is that this vaccine is highly effective,” Dr Paul said.

“But what makes this vaccine relevant for today, is the fact that this vaccine will be produced in India. The preparatory work is already accomplished by Serum Institute… In fact, the bridging trial is an advanced stage of completion…and I am also hoping that they would start, in good time, trials in children; now because we have the safety data, it is time, without delay, for us now to start bridging trials in the paediatric population, which as you know is of special interest for us,” he had said. The Centre expects that approximately 20 crore doses of this vaccine will be made available between August and December for the country’s immunisation programme.

Like several other Covid-19 vaccines, Covovax targets the spike protein on the surface of the SARS-CoV-2 — the protein that allows the virus to penetrate the human cell.

The vaccine can be stored at temperatures ranging between 2° and 8° Celsius and is, therefore, suitable for India’s cold chain requirements.

The government has made an advance payment of Rs 1,500 crore to Hyderabad-based manufacturer Biological E to reserve 30 crore doses of its under-development Covid-19 vaccine– Corbevax.

This was the first time that the Centre placed an order with a vaccine manufacturer before the product has been granted emergency use authorisation (EUA) by the regulator. In a press release dated June 3, the Union Health Ministry had said that the vaccine is currently undergoing Phase-3 clinical trial after showing promising results in Phase 1 and 2 clinical trials.

According to the Centre’s plan, the Hyderabad company is expected to manufacture 30 crore doses of Corbevax between August and December, of which at least 7.5 crore doses will be available by September.

“The arrangement with M/s Biological-E is part of the wider endeavour of Government of India to encourage indigenous vaccine manufacturers by providing them support in Research & Development (R&D) and also financial support,” the release said.

The Biological E candidate had earlier received a grant-in-aid of over Rs 100 crore for the transition from preclinical stage to advanced phase-3 human trials. The Department of Biotechnology had partnered with the firm to conduct all-animal challenge and assay studies through the Translational Health Science and Technology Institute (THSTI), Faridabad.

Manufactured by Ahmedabad-based Zydus Cadila, the vaccine is currently in Phase 3 trial and is likely to apply for an Emergency Use Authorisation (EUA) soon.

The Centre expects to have “enough data” on whether ZyCov-D can be given to children when the company seeks licensure for it, Dr VK Paul had said in a briefing last month. It will produce 5 crore doses in August-December, he said.

On January 3, the vaccine manufacturer, Zydus Cadila had said it had received regulatory approval to initiate phase 3 clinical trials of its ZyCoV-D vaccine candidate.

The Ahmedabad firm is still to submit efficacy data for its vaccine candidate.

Russia’s Gamaleya Research Institute of Epidemiology and Microbiology has also announced it will make available a version of the Sputnik V vaccine that targets the Delta variant of the SARS-CoV-2 virus. 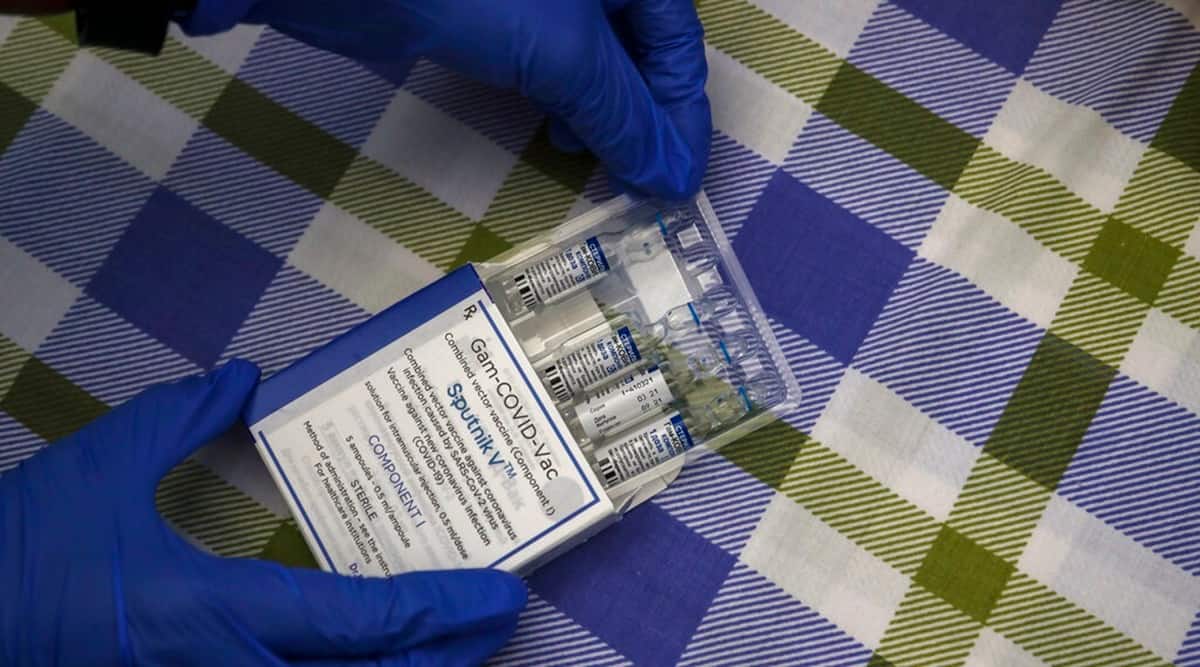 The Delta variant, also known as the B.1.617.2 strain of the coronavirus, has been declared a variant of concern both by India as well as the WHO.

This version of the vaccine – which will be provided as a “booster” shot – will be offered to other vaccine makers, the Russian Direct Investment Fund announced yesterday.

However, no information on the efficacy, the timeline for the availability or the manufacturers that would be offered the shots have been provided yet. 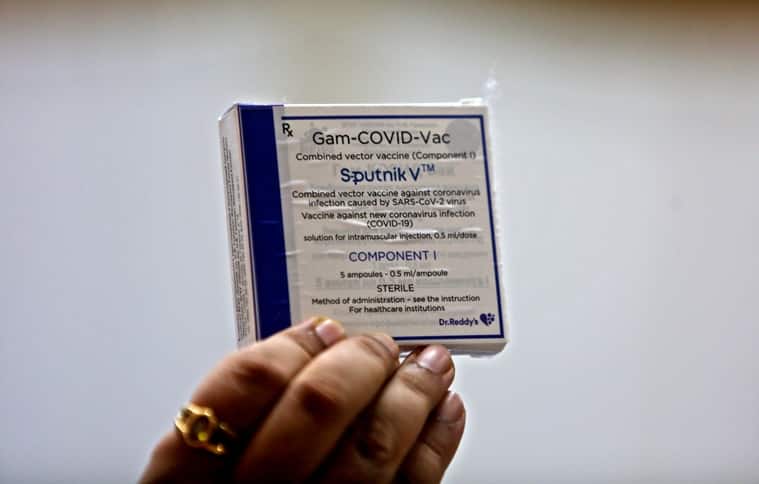 Meanwhile, India has started administering Sputnik V, the third vaccine to be approved in the country. “We have received a limited supply. From July onwards, the production will begin and the company expects 15.6 crore doses (August-December),” Paul had said.

Russia’s Sputnik V vaccine is currently being manufactured by Dr Reddy’s Laboratories in India. Sputnik V was registered in India under the emergency use authorisation procedure on April 12, 2021, and vaccination against coronavirus with the Russian vaccine started on May 14.

Pune-headquartered Gennova Biopharma is working on an mRNA Covid-19 vaccine. The vaccine is currently in the midst of Phase-I trial.

In December 2020, the company was given a green light by the DCGI to start early-to mid-stage human testing of its Covid-19 vaccine candidate. However, as per reports, the trial got delayed after the regulator asked the firm to redo an animal toxicity study that had been conducted in the US. As per the Ministry of Science and Technology, Gennova’s vaccine candidate, known as HGCO19, can remain “stable” at 2°C to 8°C for two months.

In 2020, Bharat Biotech had announced that it would be manufacturing up to a billion doses of a single-dose intranasal Covid-19 vaccine in collaboration with the Washington University School of Medicine in St Louis, Missouri.

The vaccine BBV154 is currently in phase 1-2 clinical trial. The government earlier said that Bharat Biotech will be providing 10 crore doses of its nasal vaccine after the trial ends.

An intranasal vaccine is likely to boost the country’s vaccination drive as such vaccines not only aim to overcome barriers to delivery and administration that come with producing and distributing injectable vaccines, they also may be able to tap an additional set of immune cells found in the tissues lining the nose, mouth and lungs.

As per the latest information from the government, the cumulative number of Covid-19 vaccine doses administered in the country has reached more than 26.86 crore. While 4,93,56,276 persons have received their first dose, as many as 10,58,514 have received their second dose since the start of phase-3 of the vaccination drive.

Salman Khan takes to farming, shares video of him ploughing the land on a tractor. Watch