The Cauvery Urimai Meetpu Kuzhu has demanded the formation of a fact-finding team to ascertain the ground realities at Mekedatu where the Karnataka government has proposed to construct a dam across the Cauvery.

Talking to reporters here on Wednesday, the organisation’s convenor, P. Maniarasan, said though Minister for Water Resources Duraimurugan claimed that the Centre had given assurance that the Mekedatu project would not take off overlooking the objection from the Tamil Nadu government, it was a well-known fact that in the past the Karnataka government had somehow or other achieved its objectives of constructing dams across the Cauvery.

Such being the history, he demanded that a fact-finding team be formed to assess the real situation at Mekedatu and, in case, if the news reports about construction activities across the river were true, then the Tamil Nadu government should seriously pursue the litigation filed in the Supreme Court in 2018 against construction of the dam and stall the project.

Mr. Maniarasan also demanded that the detailed project report submitted by the Karnataka government to the Union Ministry of Jal Shakti for dam construction be returned to the State by the Union Ministry with a stern message that the project would not be allowed.

Urging the Tamil Nadu government to pull all the stops to prevent construction of the dam, he suggested that the State government could even go to the extent of launching a non-cooperation movement and imposing an economic ban on Karnataka if the Centre and Karnataka continued to pursue the Mekedatu project overlooking the objections from Cauvery delta farmers.

In order to express the strong opposition to the project, the Cauvery Urimai Meetpu Kuzhu would organise demonstrations at various places in the delta districts from Tiruchi to Cuddalore next week, he added.

Case against Calicut varsity teacher for misbehaving with girl student

‘Railway property was not damaged for film shoot’

A song to inspire blood donation 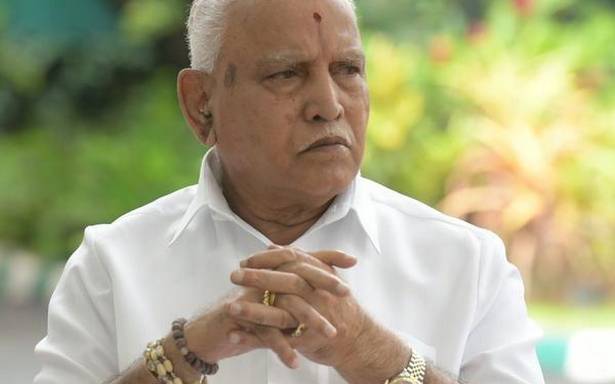