The Indian Express had earlier reported how the photograph clicked by Chirang-based journalist Abdul Maleque Ahmed had been featured on the government’s Home Political and Department’ website on a page about FTs, with an illustration of a barbed wire superimposed on it. 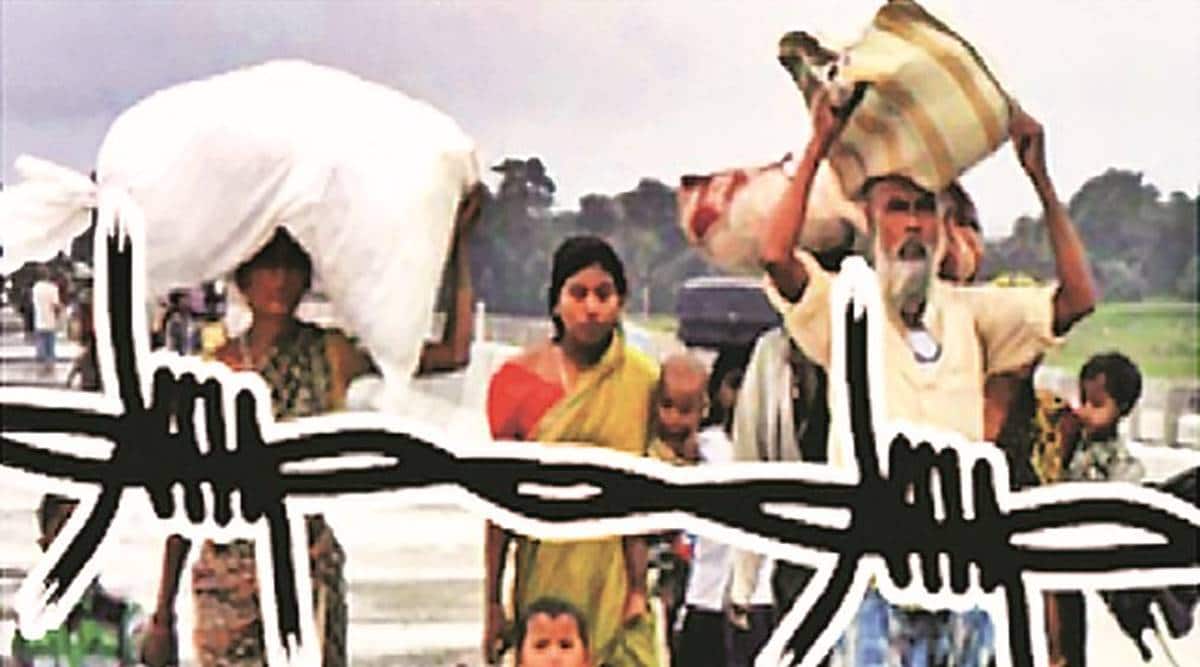 A photograph of displaced riot victims clicked during the 2012 clashes between Bodos and Bengali-speaking Muslims in western Assam, which was used as a representative image on a page on Foreigners’ Tribunals (FTs) on an Assam government website, has been removed after it sparked outrage in the state.

On July 10, The Indian Express reported how the photograph clicked by Chirang-based journalist Abdul Maleque Ahmed had been featured on the government’s Home Political and Department’ website on a page about FTs, with an illustration of a barbed wire superimposed on it.

FTs are quasi-judicial bodies that adjudicate citizenship in Assam, and are now the last recourse for the 19 lakh people excluded from the contentious National Register of Citizens (NRC).

The story had come to light when Bongaigaon-based journalist Monowar Hussain noticed the photo on the website, and thereafter tracked the photographer as well as the subjects of the photo. The family featured in the photo have their names in the NRC. They had appealed to the government to take down the image.

On July 9, the All Assam Minority Students’ Union (AAMSU) addressed a memorandum to the Chief Secretary of Assam, asking for removal of the picture, which they described as a “symbolic portrayal of Indian citizens as foreigners”.

“A picture of a family residing in Village-Bhawanipur under Bijni Revenue Circle of Chirang district has been portrayed as foreigners in the official website of the home and political department…Such portrayal of genuine Indian citizens as foreigners by the government of Assam is outrageous, unconstitutional, illegal and undermines the sanctity of the department” the memorandum stated.

Rejaul Karim Sarkar, AAMSU president, said that they “appreciated” the government’s quick action. “But while we appreciate it, we must remember the damage has already been done. The family has gone through a lot of mental trauma because of this — our demand is that the government should apologise to them and give them compensation for the wrong that has been done,” he said.

The Indian Express had reached out to Niraj Verma, Principal Secretary to the Government of Assam, but did not get a response.