This comes as several states float global tenders and, at the same time, underline that the Centre should procure the vaccines rather than make them compete in the global market. 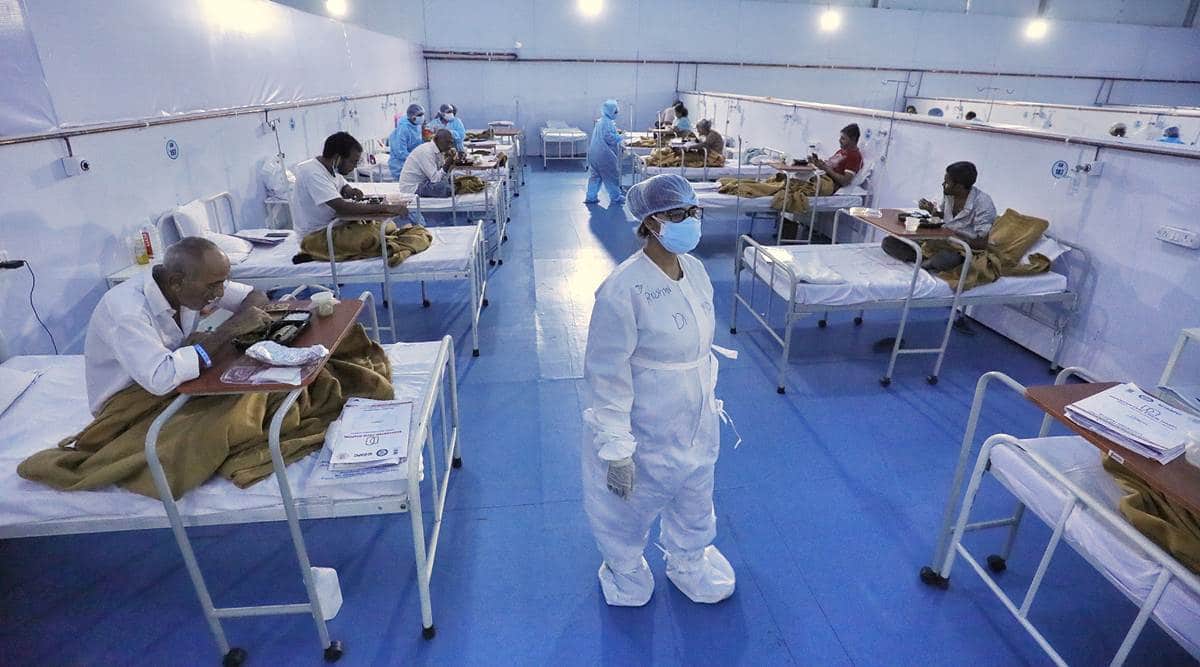 A Romanian firm that said it would provide Pfizer Covid vaccines to Mumbai but then withdrew its bid after Pfizer said it had no authorised agents; firms linked with food products, apparel, consultancy, rather than vaccines; one that’s been associated with media and film-making — a motley crew of companies have responded to global Expressions of Interest by Maharashtra and the Brihanmumbai Municipal Corporation for 5 crore and 1 crore vaccines respectively.

This comes as several states float global tenders and, at the same time, underline that the Centre should procure the vaccines rather than make them compete in the global market.

The eight firms that responded to Maharashtra’s call, The Indian Express found, are either consultancy firms, involved in export/import, or firms that work on commission basis – only three are in the health sector. They have quoted between $10-38 (Rs 728-Rs 2767) for a dose. “Some even assured supply within three weeks of placing an advance order,” a senior official said.

That looks easier said than done.

All three Indian companies have claimed they can supply Russian vaccine Sputnik V. A spokesperson for Russian Direct Investment Fund (RDIF) that handles Sputnik said they have no formal tie-ups in India apart from Dr Reddy’s Laboratories.

GameChangerz is a management consultancy firm that specialises in automobile, fashion, food and telecom. In an email response, founder Jagat Jit Singh said: “We can enable imports of Sputnik V. GameChangerz is representing CDP Swiss, who is a distributor of RDIF.”

Pune-based Tapadiya International, a four-year-old company, carries out wholesale and commission-based trade and deals in medicine and medical equipment. Records show it had revenues of Rs 6.19 crore and a loss of Rs 1.99 crore in 2020. It didn’t reply to an email for comment.

GetIt Innovations is a Delhi-based firm that specialises in media, film-making and communications, according to its records. Its promoters are Sanjeev Narula and Rachna Narula. Its reports show it has not generated any revenue from operations since 2017, barring 2019, when it booked sales of Rs 4.12 lakh. Rachna Narula declined to comment.

Grupo Fermexor, a Mexican company, claimed it can provide Sputnik V, Johnson & Johnson, Pfizer-BioNTech, and Astra Zeneca vaccine. However, a Pfizer spokesperson said: “Neither Pfizer Inc nor any of its affiliates globally, including in India, have authorized anyone to import/market/distribute the Pfizer-BioNTech COVID 19 vaccine. We continue to have ongoing discussions with the Government of India towards making our vaccine available for use nationally.”

Moderna, AstraZeneca and J&J did not respond to an email query.

An email was also sent to Grupo Fermexor, no response was received. All other companies have claimed they can supply Sputnik although the Russian entity hasn’t given any details of its agents so far.

Kinfolk Trading is a UAE-based international import/export agency that deals in food products and IT solutions. Australia-based ProcureNET specialises in purchasing, logistics, and inventory.MCSC (Switzerland) handles procurement of medical devices, medical products, and supplies to government and hospitals. Hadley Development, based in US, works on supply chains to handle retail for global brands, specifically, in apparel.

Officials said the Maharashtra government plans to hold a video conference with the companies this week to understand their schedule and find if they have an agreement with vaccine manufacturers to procure stocks. The state also plans to reach out to the Centre to vet these companies.

Meanwhile, Romania-based O2 Blue Energy SRL had responded to BMC Tuesday claiming it can help supply Pfizer-BioNtech and AstraZeneca vaccines. The same day, Pfizer-BioNtech said it had not authorized anyone to import, market and distribute its vaccines.

“On Thursday, the firm sent an email informing us that they are withdrawing their bids. No reasons have been given for withdrawing the proposal,” said a BMC official.

Now, the BMC has been left with seven proposals and all these firms said they can facilitate supply of Russian Sputnik V and Sputnik V Light. BMC and the Maharashtra government have written to RDIF for direct procurement of vaccines but are yet to receive any response.

The BMC is also awaiting a response from Pune’s Serum Institute of India (SII. “Last week, we sent an email with our EOI copy (for vaccines) to SII seeking their participation in the tender. So far there is no reply from them,” said an official.

Officials added they are hopeful of getting more bids as the last date of submission has been extended until June 1.

37 years ago, on this day, Kapil Dev’s India created history by beating West Indies to win maiden World Cup in 1983 at Lord’s