Following deliberations on the government offer for talks, farmer unions, under the banner of Sanyukt Kisan Morcha, told the press at Singhu border Saturday — the protest at Delhi’s gates is now a month old — that talks with the government will be held at 11 am Tuesday. 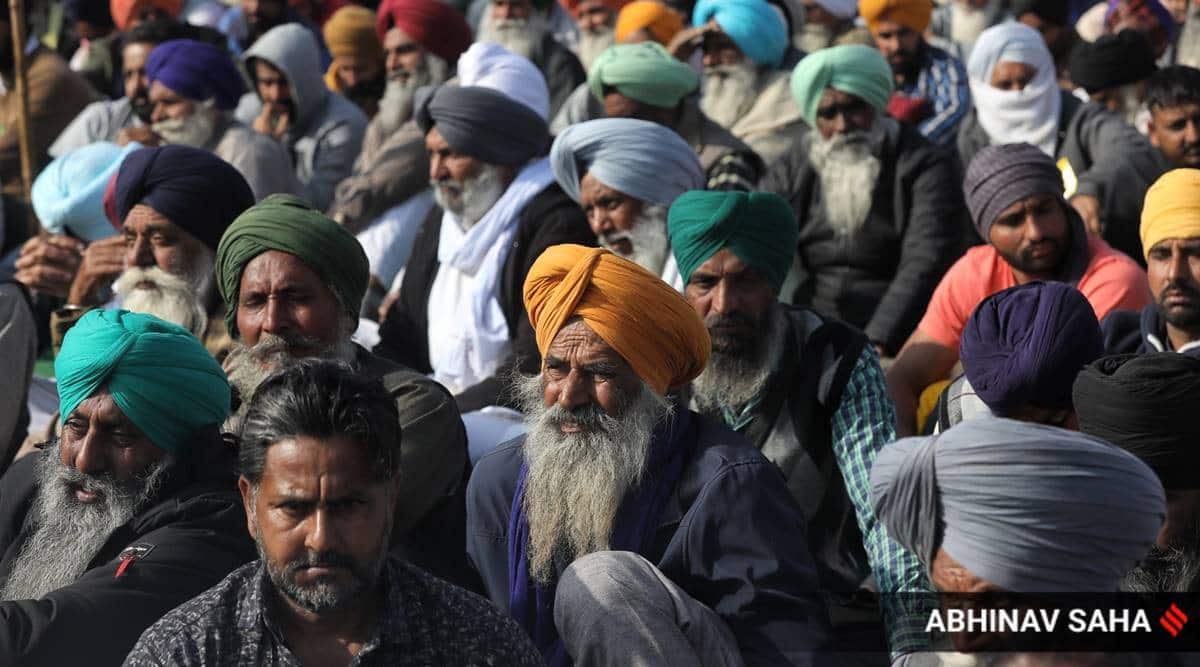 A day after Prime Minister Narendra Modi said the government is ready to hold talks on “issues, logic and facts” with farmers protesting against the new farm laws, farmer unions announced resumption of talks on December 29.

Following deliberations on the government offer for talks, farmer unions, under the banner of Sanyukt Kisan Morcha, told the press at Singhu border Saturday — the protest at Delhi’s gates is now a month old — that talks with the government will be held at 11 am Tuesday.

According to the unions, the meeting agenda will be: modalities to be adopted to repeal the three central farm Acts; mechanisms to be adopted to make remunerative MSP, recommended by the National Commission on Farmers, a legally guaranteed entitlement for all farmers and all agricultural commodities; amendments to be made and notified in the ‘Commission for the Air Quality Management in National Capital Region and Adjoining Areas Ordinance, 2020’ to exclude farmers from penal provisions of the ordinance; and, changes to be made in the draft Electricity (Amendment) Bill, 2020 to protect farmer interests.

The unions warned that they will intensify their agitation by increasing blockades on highways of Delhi NCR if the talks do not lead to a tangible solution.

An estimated 30,000 people, affiliated to the BKU (Ugrahan) and Kisan Mazdoor Sangharsh Committee (KMSC), are headed to Delhi from Barnala, Ludhiana, Sangrur, Patiala and Gurdaspur.

Sukhdev Singh Kokrikalan, BKU (Ugrahan) general secretary, said more than 3,000 vehicles, carrying nearly 16,000 farmers from over 100 villages of Punjab, entered Narwana Saturday noon. He said the convoy was given a rousing welcome by Haryana farmers and made a halt at Jhanjh Kalan village. They will head towards Tikri Sunday.

Kulwant Sharma, a block president of BKU (Ugrahan), said another batch of 15,000 volunteers will enter Haryana via Bathinda-Dabwali highway and hold a rally with Haryana farmers at Fatehabad before heading to Tikri Monday.

Swaraj India president Yogendra Yadav, speaking on behalf of farmer unions, said: “We want to make one thing very clear. We are not going to discuss whether the government should take back these laws or not. We will now discuss how these should be taken back. The government must discuss the procedure involved in calling back a law. This is the only direction in which the talks will head.”

On December 24, in a letter to 40 representatives of farmer unions, Vivek Aggarwal, Joint Secretary, Ministry of Agriculture and Farmers’ Welfare, had urged them to decide the time and date for the next round of talks, and also “give details of other issues on which you want to negotiate”.

Writing to the Ministry a day earlier, farmer unions had said that apart from the three central Acts, “your ‘proposal’ on Minimum Support Prices had nothing clear or concrete which deserved a response from our side. On the Minimum Support Prices, you had proposed a ‘written assurance’ with regard to continuing the current procurement system. However, farmers’ organisations are demanding a legal guarantee that all agricultural commodities will be purchased only at MSP or above, that too at an MSP fixed with C2+50% formula as per the National Farmers’ Commission recommendation”.

The Commission for Agricultural Costs and Prices projects three kinds of production cost — A2, A2+FL, and C2 — for every crop, both at state and all-India average levels.

A2+FL includes A2 plus an imputed value of unpaid family labour.

C2 is a more comprehensive cost that factors in rental and interest forgone on owned land and fixed capital assets, on top of A2+FL.

Referring to the MSP-related demand of the unions, Aggarwal wrote, “The three laws related to agricultural reforms have no relation to the minimum support price-based procurement nor do these have any effect on the system of MSP-based procurement system already there before the enactment of these three laws.”

“This was mentioned in every round of talks. It was also clarified that the government is ready to give a written assurance regarding the continuation of the present system of MSP-based procurement,” he said in the letter.

“It does not seem logical to put any new demand on this subject, which is removed from the new agricultural laws. But as stated earlier, the government is ready to discuss all issues raised by you,” Aggarwal said.