Five-year-old tigress Sundari spent 28 months in captivity in Satkosia Tiger Reserve, Odisha before she was tranquillised on Tuesday and relocated to Madhya Pradesh. 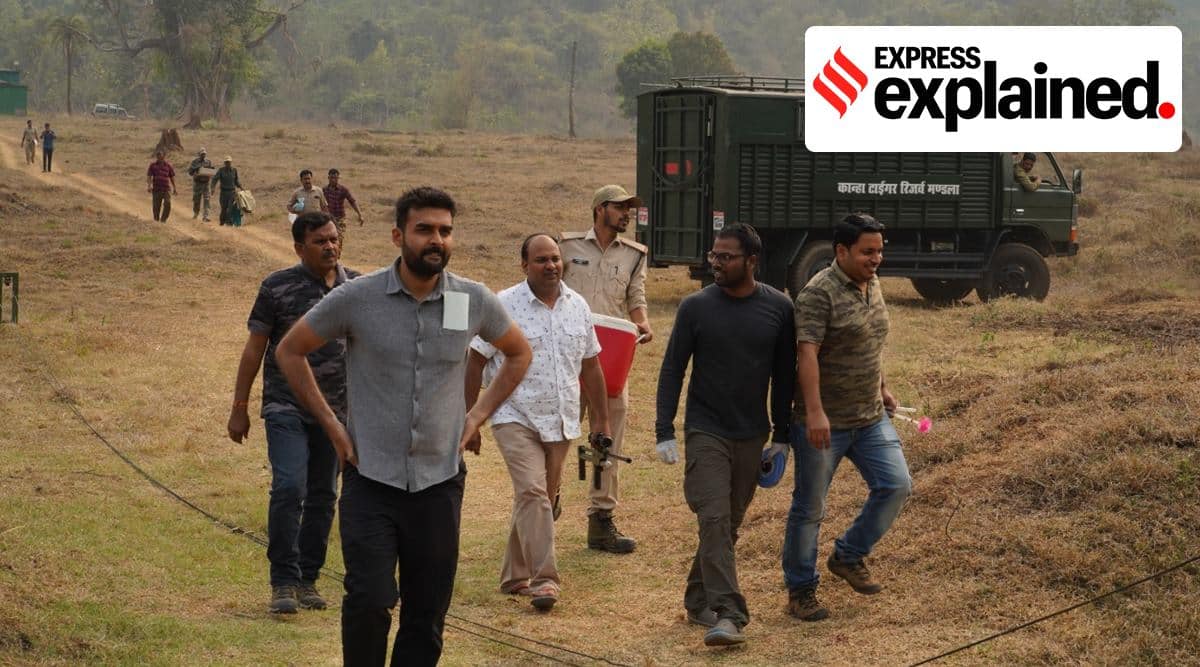 On Wednesday, Sundari — a tigress shifted as part of India’s first inter-state translocation project in 2018 from MP to Odisha — returned home. The five-year-old tigress spent 28 months in captivity in Satkosia Tiger Reserve, Odisha as the two states lingered on the process for her relocation despite the National Tiger Conservation Authority (NTCA) shelving off the much-vaunted inter-state tiger translocation drive. Sundari was tranquillised on Tuesday and caged before being relocated to Madhya Pradesh.

What was the Tiger Relocation Project?

The tiger relocation project was initiated in 2018 wherein two big cats, a male (Mahavir) from Kanha Tiger Reserve and a female (Sundari) from Bandhavgarh from Madhya Pradesh were relocated to Satkosia Tiger Reserve in Odisha, to shore up the tiger population in the state. Sundari was brought to Satkosia a week after Mahavir’s arrival. The relocation was meant to serve two purposes — reducing tiger population in areas with excess tigers to majorly reduce territorial disputes, second, to reintroduce tigers in areas where the population has considerably reduced due to various reasons.

The project was estimated with a budget of Rs 19 crore and was started under the project of “augmentation and recovery of tiger population in Satkosia tiger reserve”. Six tigers (three pairs) from different reserves of Madhya Pradesh were to be sent to Odisha under the project. Of the allotted budget, Rs 8 crore has been spent by NTCA so far.

How were Mahavir and Sundari chosen for the project?

Both the big cats were selected for the translocation project as per the NTCA guidelines and in collaboration with the Wildlife Institute of India and the Government of India. Two key factors were considered for choosing the animal — first, a dispersing young animal which is to find a new and second, an adult transient which was yet to establish any territory. 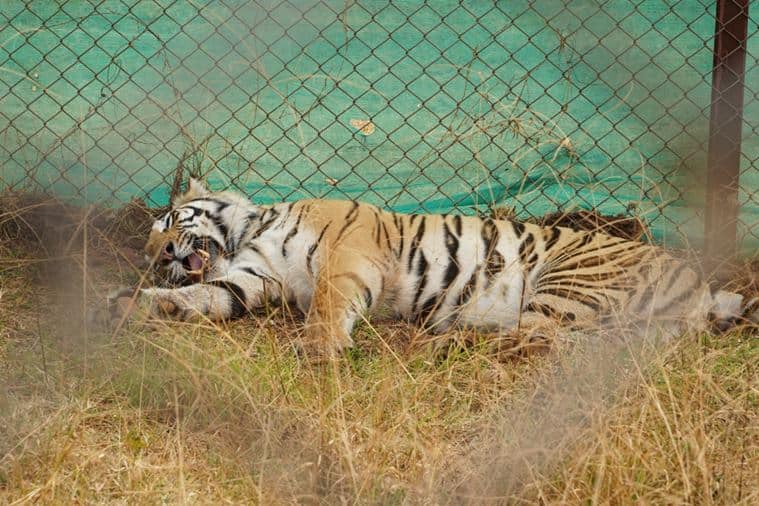 What is the Satkosia Tiger Reserve and why was it chosen?

Encompassing an area of 963.87 sq km, the Satkosia Tiger Reserve spreads across four districts and has as its core area 523 sq km. According to NTCA, Satkosia falls under reserves where “there is a potential for increasing tiger populations”. Declared as a Tiger Reserve in 2007, Satkosia had a population of 12 tigers then. The numbers reduced to two in 2018. The purpose of the relocation was to repopulate tigers in the reserve areas.

What was the outcome of the project?

The project ran into trouble within weeks of initiation. The arrival of the tigers was followed by severe protests by villagers living on the fringes of the reserve and the matter eventually snowballing into a poll issue with assembly and general elections due in 2019. Forest department officials were attacked and their offices burnt down by irate villagers. This reaction was the outcome of displacing tribals from Raigoda in the core area to Saruali on the outskirts of the reserve. The villagers feared the big cats would endanger their livelihoods, lives and livestocks. They also alleged that they were not consulted or informed prior to the translocation. 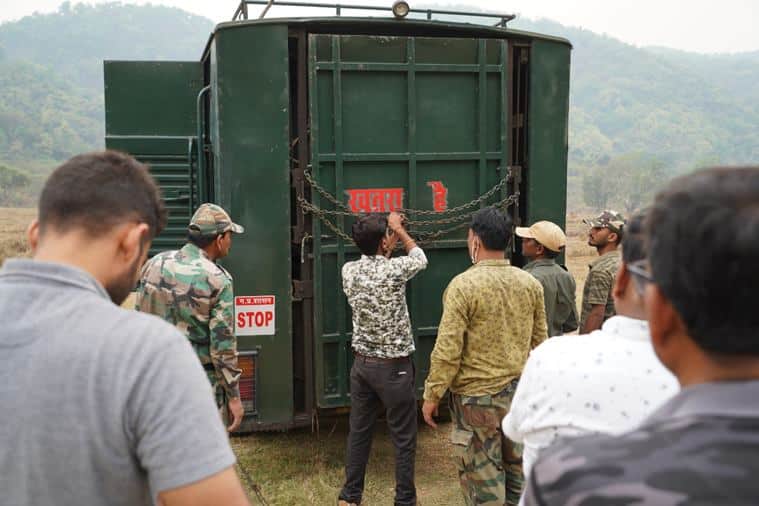 Within months of the translocation, Mahavir was found dead. His carcass was found a week after his death. A field inspection report by the NTCA stated that Mahavir’s death took place due to poaching. In September, a woman was allegedly mauled to death by Sundari and another person was killed in October. In the first week of November, Sundari was tranquilised and shifted to an enclosure at Raigoda. Subsequently, the project was suspended by NTCA.

What factors contributed to the likely failure of the project?

As per wildlife conservation activists and former forest officials from the state, the major reason which contributed to the failure of the project was the lack of confidence and trust building between the forest department and the villagers.

While Mahavir had settled down after initial exploration of the forest area, Sundari was venturing into human habitation. This was also because the already existing female tigress in the core area did not allow the presence of another tigress and chased her away. Sundari’s proximity to human habitations which are in abundance even close to the core area in Satkosia could have led to the human-animal conflict.

Wildlife conservationist Aditya Panda told The Indian Express, “The translocation was done in haste. The field staff and tiger reserve management were not prepared. Capacity for tiger monitoring was poor. The local communities were not taken into confidence nor conveyed the benefits from tourism that tigers could bring them. Protection was not up to the mark and the only undisturbed, prey rich habitat was already occupied by the old resident tigress causing Sundari to occupy human dominated, disturbed areas. Addressing these issues and relocating villages should be prioritised before tiger reintroduction is continued.”

Timeline of the project

June 19, 2018: Mahavir was brought to his new habitat in Odisha from Kanha Reserve in MP

June 28,2018: Sundari was translocated to Odisha from Bandhavgarh from Madhya Pradesh

September 13, 2018: A female was allegedly mauled to death by Sundari

November 6, 2018: After a two week chase, Sundari was tranquillized

November 14, 2018: Mahavir was found dead in the Satkosia Tiger Reserve

November 2020: MP High Court seeks report from Odisha on the health and status of Sundari

December 2020: MP CM writes to Naveen Patnaik to ensure Sundari’s safety as the former prepares to take her back

Now anyone can get married to a fair Kashmiri girl: BJP MLA

SHOCKING: Sanjeeda Shaikh and Aamir Ali are not staying together; has their marriage hit rock bottom? | Bollywood Life