Lyon mayor Grégory Doucet's decision to take meat off the menu at school canteens in the city sparked a political storm this week. Why was the decision taken, and what was the response? Lyon mayor Grégory Doucet’s decision to take meat off the menu at school canteens in the city, which is considered to be the culinary capital of France, sparked a political storm this week. Apart from reigniting the debate about the environmental cost of eating meat and dairy, the new school menus also led to widespread protests by farmers and butchers across the country.

When students returned to their classrooms earlier this week after school holidays, the usual school menu — which featured chicken and beef — was replaced by one without any meat options. But the menu was not completely devoid of animal proteins. The four course meal offered at school cafeterias still included fish and eggs.

Despite City Hall authorities insisting that the meatless menu was a temporary measure, several lawmakers accused Doucet, an ecologist and member of the Green Party, of risking children’s health by enforcing his own ideology.

But why was meat removed from the menu in the first place?

According to the City Council, the decision to remove meat from school menus was purely practical. To ensure that social distancing is maintained in cafeterias amid the coronavirus pandemic, authorities decided to offer largely vegetarian meals along with fish and eggs.

Doucet insisted having a single menu, without meat, would help ensure smooth service at mealtimes, particularly as services were scaled back during the pandemic. He clarified that the menu would return to normal once social distancing norms were relaxed and students had more time to eat.

What was the response to the new school menu?

Several top lawmakers condemned the decision, stating it was risking children’s health in order to enforce a pro-environment agenda. “Let’s stop putting ideology on our children’s plates,” Agriculture Minister Julien Denormandie tweeted. “Let’s just give them what they need to grow well. Meat is part of it.”

Interior Minister Gerald Darmanin said the new menu was an “unacceptable insult” to farmers and butchers in France. “We can see that the moralising and elitist policy of the Greens excludes the popular classes. Many children often only get to eat meat at the school canteen.”

Hitting back on Twitter, Doucet said the measure was taken for purely practical reasons, pointing out that his right-wing predecessor, mayor Gerard Collomb, too, had taken the same decision during the first wave of the pandemic. He insisted the menu was “balanced for all our schoolchildren”. 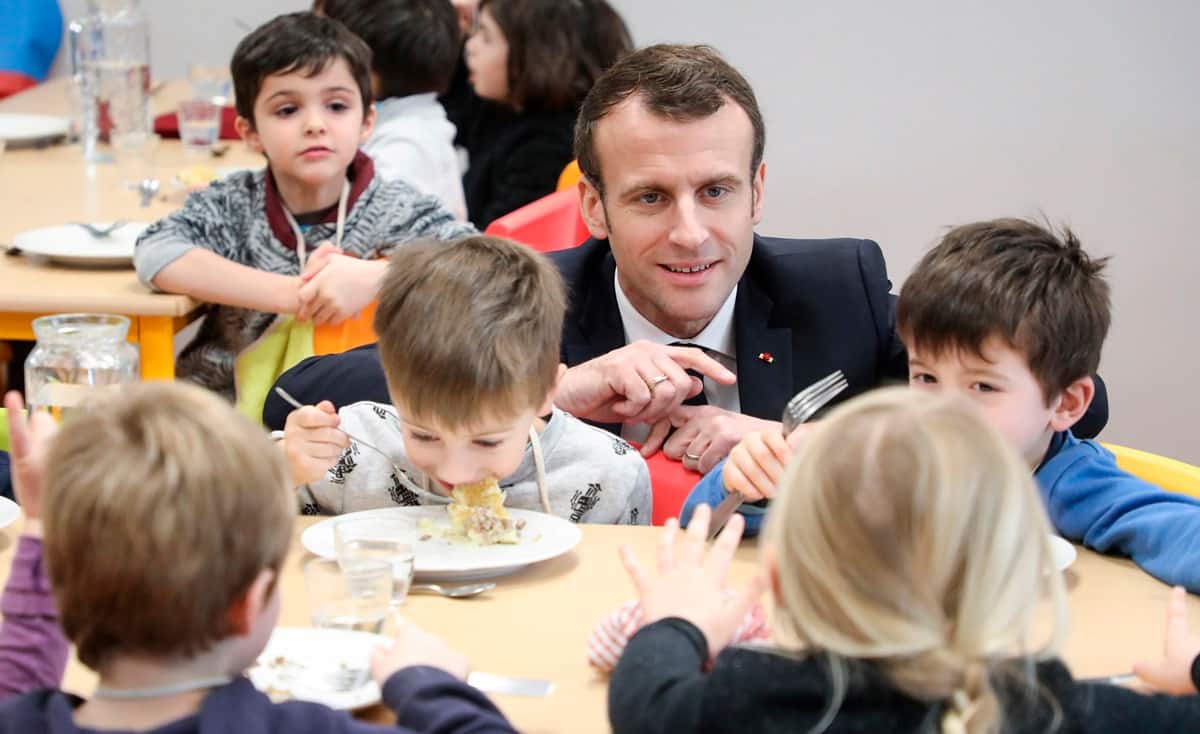 Meanwhile, on Monday, angry farmers drove their farm vehicles, some with cows and goats in tow, to protest against the new school menu, The Associated Press (AP) reported. The protestors carried banners and placards slamming the government for its decision. Some of them read “meat from our fields = a healthy child” and “Stopping meat is a guarantee of weakness against coronaviruses to come.”

But what does the new menu have to do with the environment?

Environmentalists have long argued that meat consumption worsens climate change and deforestation. In France, food represents around a quarter of the country’s carbon footprint, according to a report by Guardian. The French government has been encouraging citizens to eat more local produce and consume higher quality meat.

However, all proposals to reduce consumption of meat are met with fierce resistance from the country’s powerful farming lobby.

A number of candidates from the Green Party, including Doucet, won during France’s municipal elections last year defeating French President Emmanuel Macron’s centrist La République En Marche party. The recent wave of wins is reflective of growing concern among the French about the environmental degradation caused by intensive farming and other environmental issues.

But Doucet insists the removal of meat had nothing to do with the Green Party’s pro-environment agenda. The mayor said he eats meat in reasonable amounts himself, and would not try to force vegetarianism on children, AP reported.

North West Directed a Photoshoot with Kim and It's Obviously Perfect