In what is being described as an unprecedented climate case, four children and two young adults from Portugal have filed a complaint at the European Court of Human Rights in Strasbourg against 33 industrialized countries. 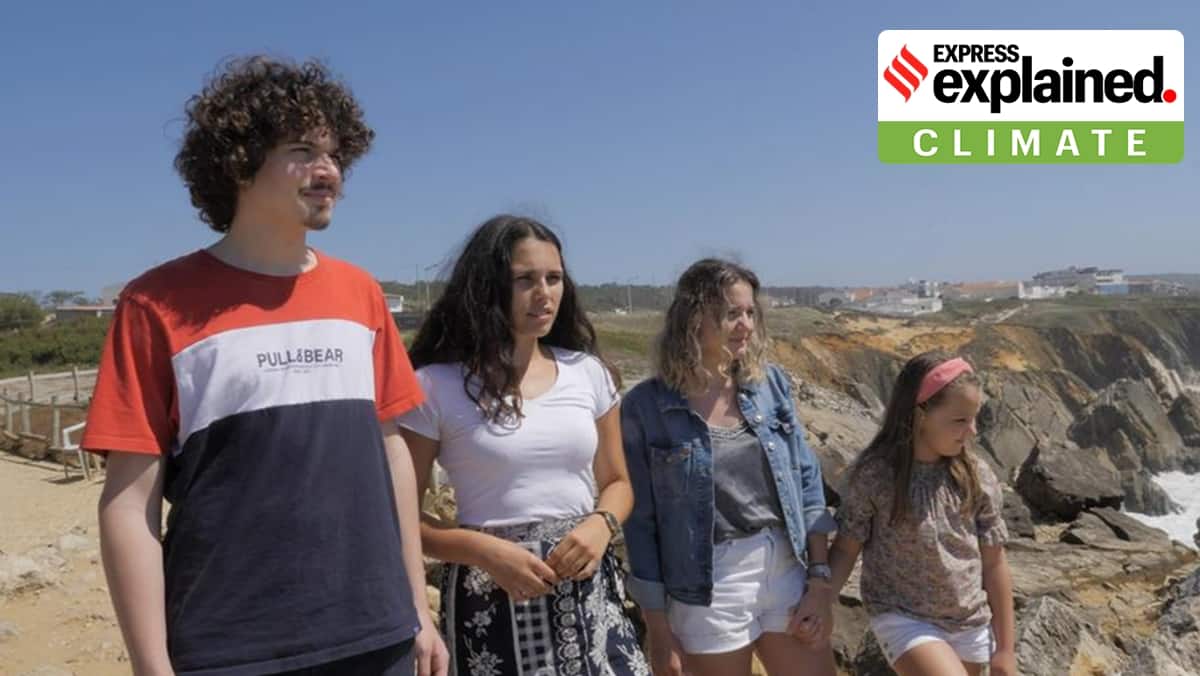 In the latest example of a wave of climate litigation across the world, six young people this week filed a case to the European Court of Human Rights in Strasbourg, asking for accountability around the climate crisis.

In what is being described as an unprecedented climate case, four children and two young adults from Portugal have filed a complaint at the European Court of Human Rights in Strasbourg against 33 industrialized countries.

The young people, supported by the Global Legal Action Network (GLAN), allege the countries — which include Germany, the UK, Russia and Portugal — have failed to enact the emission cuts needed to protect their futures.

The case focuses on countries whose policies lawyers argue are too weak to meet the 1.5 degrees Celsius Paris Agreement goal. They cite the country ratings of the Climate Action Tracker.

The plaintiffs range from age 8 to 21 and come from Lisbon and Leiria in Portugal. The case states climate change poses a rising threat to the six young people’s lives and physical and mental well-being. It invokes human rights arguments — including the right to life, a home and to family — as well as claiming discrimination. “Our generation is living in an age of great danger and uncertainty, so our voice must be heard,” said Andre Oliveira, 12, whose father is translating for him.

“It’s clearly not the case that young people are the only people vulnerable to the effects of climate change,” said Gerry Liston, legal officer at GLAN. “But because they stand to endure the worst impacts, we’re saying the effects of failing to adequately address greenhouse gas emissions amounts to unlawful discrimination on the grounds of age.”

“It’s not about finger-pointing, but all about giving all these 33 governments a chance to act better and faster,” said Andre. “It is a matter of human rights and that’s why we’re going all the way to Strasbourg.”

A first at Strasbourg

While there are numerous recent and ongoing climate cases, many also involving young plaintiffs, it is the first of its kind to be brought to Strasbourg. The international court, set up in 1959, deals with alleged violations of civil and political rights set out in the European Convention on Human Rights.

The pressing need for significant and wide-scale action among many large emitters warranted going directly to Strasbourg, rather than through domestic courts which is more common, explains Liston. “A decision from the European Court of Human Rights is urgently required in order to provide the legally binding decision that would then filter down and prompt the change that’s required at the domestic level.”

According to GLAN, if successful, the 33 countries would be legally bound to tackle overseas contributions to climate change, including that of multinational companies, as well as ramping up emissions cuts. While the timescale ahead and whether the court will decide if the case is admissible is not yet clear, Liston said they have applied for the case to be given priority.

The plaintiffs belong to three families and became involved in the case after hearing about GLAN’s climate work through a local contact.

Many cited seeing climate change hit their doorsteps as encouraging them to act, particularly the deadly Portuguese wildfires in 2017.

“I directly experienced the terror of the fires,” said Catarina Mota, 20, one of the four that live in Leiria, one of the areas hardest hit. Rising sea levels, the constant threat of forest fires and increasingly abnormal temperatures are now part of her everyday reality. “These changes make me feel apprehensive,” she said, adding sometimes the heat makes it hard to breathe or sleep. In July this year thehottest temperatures in 90 years were registered in the country.

Don’t miss from Explained | To what extent did the Covid-19 lockdown affect global temperatures?

“What motivated me to be involved in this case was the desire for a world where one can at least survive,” said Catarina. “Because if nothing is done by our governments this will not happen.”

Climate action, such as this case, is necessary “in order to have a future and a healthy life without fear” said plaintiff Claudia Agostinho, 21. “Our generation and all future generations deserve this.”

The Strasbourg case is one of a growing wave of climate litigation around the world. According to the Grantham Research Institute on Climate Change and Environment , while the majority happen in the US, over the last year climate cases were filed across six continents, 80% of them against governments.

It also noted a recent increase in litigation by activists and advocacy groups, and the use of human rights arguments.

While there are ongoing cases in many countries — including South Korea, Peru, and Canada — regarding states’ human rights obligations to mitigate climate change, the most recent high-profile example is the Dutch Urgenda case .

In 2019 the country’s Supreme Court became the first highest level domestic court to establish a state’s duty to significantly and immediately reduce emissions in line with human rights obligations. This summer activists were also successful in taking the Irish government to court over climate action failures. Greta Thunberg is among 16 youth activists who also have an ongoing legal complaint to the UN committee on the rights of the child.

Politics, protest and the courts

“I think one case inspires the other,” said Caroline Schroeder, from Germanwatch, an NGO supporting 9 young people with aconstitutional climate complaint in Germany. She sees the Strasbourg case and growing trend of climate litigation as born of the same mounting frustration driving the Fridays for Future movement – namely, that “politics is not doing enough.”

“I wish we wouldn’t have to bring the cases,” said Roda Verheyen, a climate lawyer working on the People’s Climate Case filed against the EU institutions. “But it is essentially still the case that the level of protection afforded to our children by the legislators is too low. And that’s why the courts will keep seeing these cases.”

Verheyen points out that in emphasizing a general duty to protect rather than challenging a specific law, the Strasbourg case is less concrete than others she has worked on. Yet a win there could have wide-reaching implications for member states, she adds, and even a loss could potentially “reinforce the strength of the litigation both in national cases and on the EU level.”

It’s ultimate strength, Liston argues, is in bringing home the time perspective and imminence of the threat.

“This case shows that there are people who stand to suffer horrendous effects of climate change within their lifetime,” said Liston.

The youngest plaintiff, now 8, will be 28, in 2040, the year in which the UN panel of scientists expect many of the most severe consequences of climate change to unfold.

Andre, 12, said he hopes the case will bring “acknowledgement of the voice of a generation that lives with high anxiety and increasing fear of incoming catastrophes, but also a generation that has all the hope that things will change.”

What a woman should wear