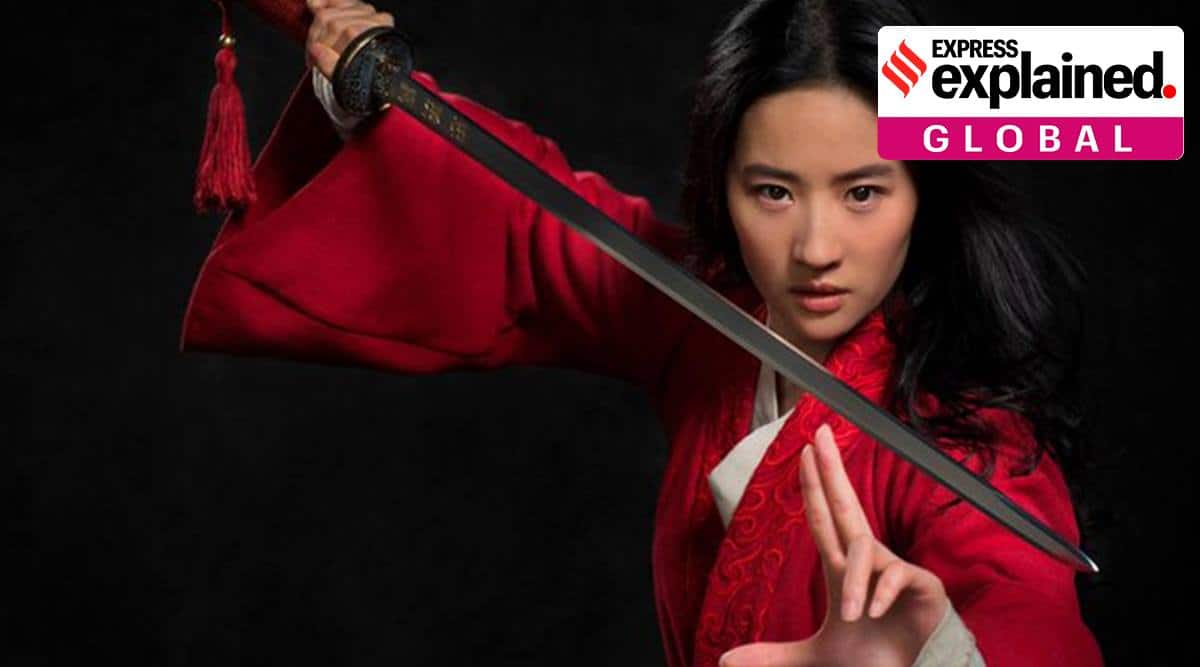 The recent release of Disney’s live-action adaptation of the popular animated film ‘Mulan’ has triggered renewed calls for its boycott from an alliance of pro-democracy protestors in Hong Kong, Thailand and Taiwan. Activists first opposed the film’s release last year, when its China-born lead actress spoke in support of the Hong Kong police, who have been accused of violently suppressing demonstrators ever since protests broke out in 2019.

The film, which was earlier slated to hit theatres in March, premiered on the streaming platform Disney+ on Friday after its release was repeatedly delayed due to the ongoing Covid-19 pandemic. The original animated version of the film, released in 1998, was based on a Chinese legend about a female warrior named ‘Hua Mulan’.

But, how did the #BoycottMulan campaign first gain momentum?

The 33-year-old actress, who was born in China but is a citizen of the United States, took to popular Chinese social media platform Weibo to share the words of Fu Guohao, a reporter for the Chinese Communist Party-run media outfit Global Times, who was assaulted by a group of pro-democracy demonstrators and was later touted a hero on Chinese social media.

But Yifei, who has over 65 million followers on Weibo, also garnered praise from the Chinese community for her post. According to a report by Time Magazine, her post received more than 81,000 likes after it was shared. In fact, a #SupportMulan campaign soon emerged on Chinese social media platforms.

The protests in Hong Kong originally broke out in March last year when Chief Executive Carrie Lam introduced a bill that would allow for criminal extradition to mainland China. Many feared that the extradition law would give Beijing free rein to crackdown on dissidents and pro-democracy advocates.

Why are activists calling for a boycott on the film once again?

While the controversial extradition law was eventually dropped, the situation has remained tense in Hong Kong ever since. In June, China passed a new national security law, which was also widely opposed by pro-democracy protestors. The law aims to clamp down on anti-government protests in the semi-autonomous region by criminalising many activities that could pose a threat to China’s authority over Hong Kong.

Demonstrators continued to resist Chinese control, and sustained youth-led protests are still being carried out across the region. When the film was released by Disney on Friday, prominent activist Joshua Wong urged people to boycott it once again due to the lead actress’ stance on the political crisis.

“This film is released today. But because Disney kowtows to Beijing, and because Liu Yifei openly and proudly endorses police brutality in Hong Kong, I urge everyone who believes in human rights to #BoycottMulan,” he tweeted on Saturday.

Joshua’s comments about Disney working closely with China is reminiscent of claims made by US attorney general William Barr last month, a BBC report points out. Barr had earlier criticised US tech companies, including Disney, of failing to take a stand and becoming “pawns of Chinese influence”.

According to Barr, Hollywood bigwigs were known to censor their films in accordance with Chinese norms to ensure they are widely distributed in China — which is now the second biggest market for movies in the world.

While demonstrators have criticised the film and its lead actress, the central character ‘Mulan’ has captured the imagination of pro-democracy activists and has grown to become a symbol of protest. In fact, when popular pro-democracy advocate Agnes Chow was arrested in August, she was described on social media as ‘the real Mulan’, the Guardian reported.

What is the #Milkteaalliance and why are they supporting the boycott campaign?

With similar pro-democracy movements being observed across Asia, protestors in Thailand, Taiwan and Hong Kong have formed an unofficial coalition online, called the #Milkteaalliance. <<<< link earlier explained >>>> The name of the alliance was inspired by the drink, which is a favourite amongst people in all three countries.

Young demonstrators in Thailand and Taiwan too have joined the campaign and have been adding to the multitude of posts shared online calling for a boycott on the recently-released film.

“I invite everyone to #BoycottMulan #BanMulan to make Disney and the Chinese government know that state violence against the people is unacceptable,” Netiwit Chotiphatphaisal, a student-activist from Thailand tweeted earlier, according to a report by CNN.

In recent weeks, thousands of students have revived Thailand’s youth-led pro-democracy movement and have demanded the resignation of Thai Army-backed Prime Minister Prayuth Chan-ocha. Meanwhile, much like in Hong Kong, Taiwanese demonstrators have been protesting against Chinese encroachment for years.

Most entertainers in China are either known to speak in support of the Chinese government or maintain a completely neutral stance. In the past, celebrities who have dared to criticise the government have faced dire consequences.

For instance, singer Denise Ho was blacklisted from the mainstream Chinese market after she voiced her support for the pro-democracy movement in Hong Kong. Another singer, named Anthony Wong, claimed he lost more than half of his annual income after he spoke in favour of the youth-let ‘Umbrella Revolution’ in Hong Kong, a Times Magazine report stated.