Nagpur has also recorded 3,557 deaths till now, which again is the seventh highest death toll for any city in the country. 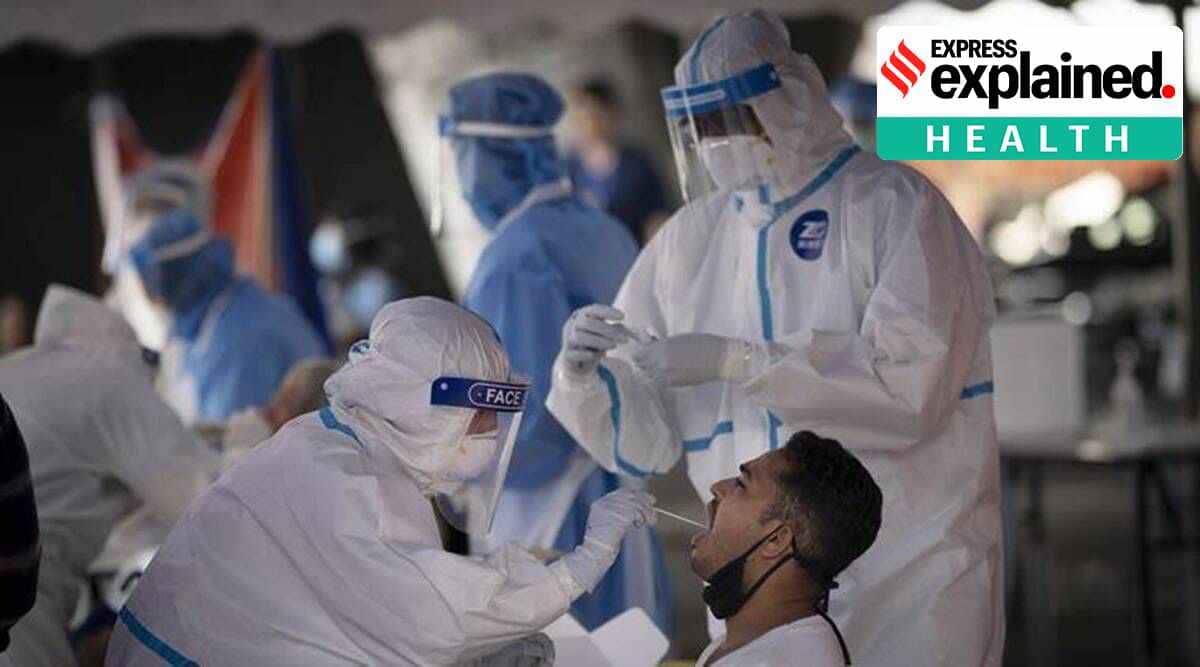 Nagpur, which will go into a week-long lockdown starting Monday, has always been one of the big hotspots for the coronavirus pandemic, though it has remained mostly overshadowed by Pune and Mumbai. In fact, Nagpur, most of the time, has remained in the top ten worst affected cities of the country.

With more than 1.66 lakh confirmed infections till now, it currently has the seventh highest caseload in the country, after Delhi, Pune, Bengaluru, Mumbai, Thane and Chennai.

It has also recorded 3,557 deaths till now, which again is the seventh highest death toll for any city in the country. 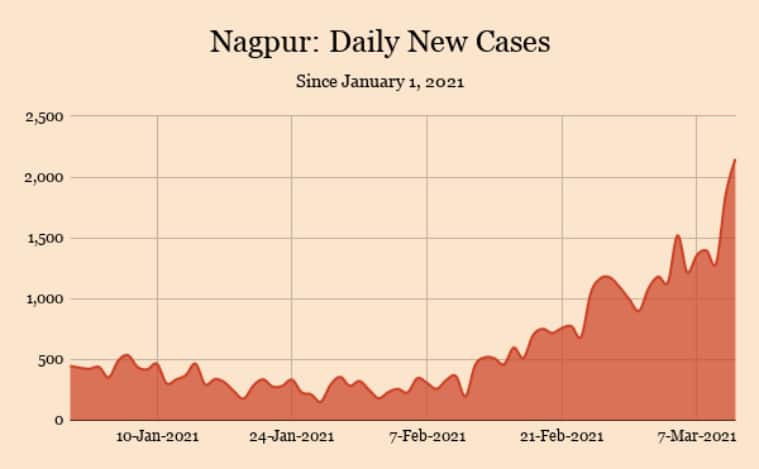 In the current wave, however, Nagpur has, for the last few days, been reporting more cases than even Mumbai. On Thursday, for example, the district detected 2,150 new infections, while Mumbai had a little over 1,500.

But Pune has now emerged as the biggest contributor of coronavirus cases, not just in Maharashtra but in whole of India, a position that it is not entirely unfamiliar to. Pune used to contribute the maximum number of cases during the first wave last year as well.

Still, because of greater concentration of industries and economic activities in the Mumbai-Pune region, these two cities are unlikely to go in for a lockdown, the way Nagpur has decided to do. In fact, BMC Commissioner Iqbal Singh Chahal had made it clear on Thursday that there was no immediate threat of a lockdown being imposed in Mumbai in the near future. In Pune, despite the daily cases rising to more than 2,800, a lockdown is not being contemplated. Some restrictions have been put in place, including those on non-essential travel between 11 pm and 6 am, but movement and economic activity have not been affected.

In fact, traders in Pune had firmly opposed any re-introduction of a lockdown, saying they should be monetarily compensated in case the government did decide to do so.

On Friday, Pune introduced some more restrictions, asking restaurants and bars, cinema halls and markets, to close their businesses by 10 pm. They are to operate only at 50 per cent capacities for the time being. Schools and colleges have been asked to remain closed till the end of the month, and public gardens would be closed in the evening.

Even in Nagpur, the lockdown would not be of the same severity that was seen across the country in March and April last year. Several exemptions have been announced, including those for government offices and private industries. All these would be allowed to function with 25 per cent staff strength. Some other institutions, like banks, which have year-end closing operations to do, can function with full strength. In fact, some select areas of neighbouring districts of Amravati, Akola and Buldhana have already been experiencing this kind of lockdown since the last week of February.

Eight of the ten cities with highest number of active cases right now, are from Maharashtra, with Pune and Nagpur leading the pack. Five of these – Nashik, apart from Mumbai, Pune, Thane and Nagpur – also figure in the list of top ten cities with the maximum caseloads.

At least part of the reason for the high number of cases being reported from Maharashtra is the recent increase in testing. Maharashtra has started testing between 80,000 and 90,000 samples a day now compared to between 50,000 and 60,000 samples in February, and even lesser before that. The increase in testing is forced by the rising number of cases. In the short term, it leads to the discovery of even more positive cases, but after some time, turns into an effective containment strategy. As more and more people are found positive, and put under isolation, they would have lesser chances of spreading the infection to others.

Authorities in several cities have also pointed out that people who have been advised home quarantine have not always isolated themselves effectively, and they, or their family members, have been found violating the quarantine rules. In Mumbai, additional municipal commissioner Suresh Kakani said such behaviour would henceforth invite a police case or a compulsory institutional quarantine. A similar warning has been sounded in Pimpri Chinchwad as well. Municipal commissioner Rajesh Patil said people found violating home isolation rules will face police action.

‘They were in extramarital relationship for 15 years’

The way we were

UK panel fights back ‘misrepresentation’ of its race disparities report