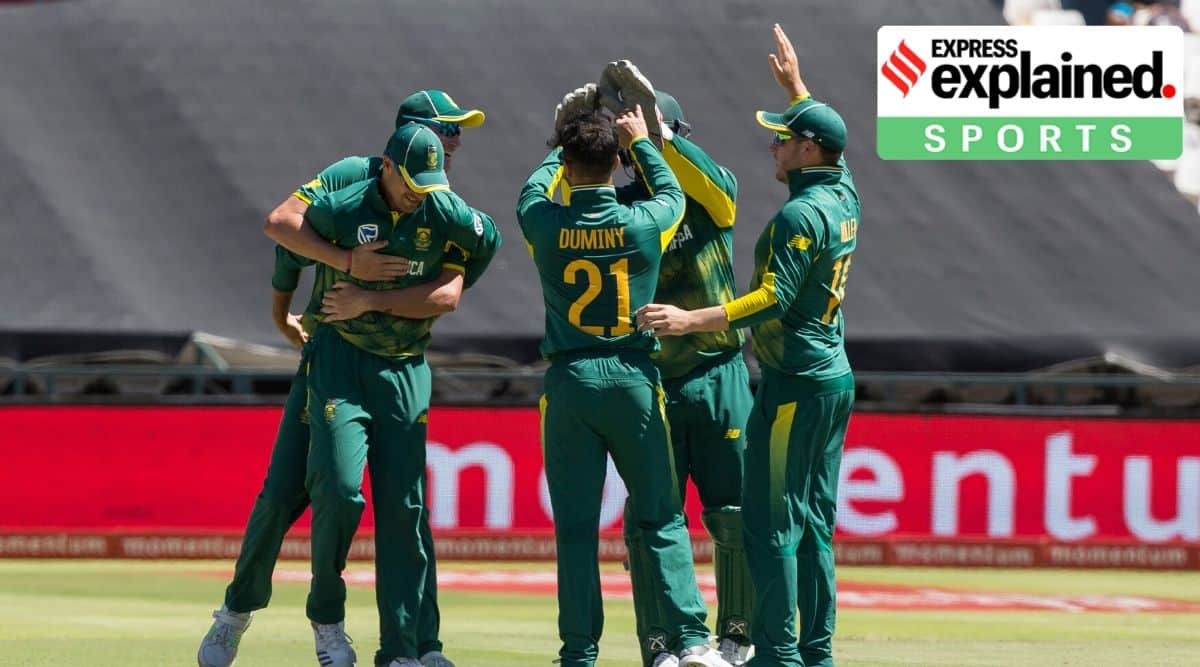 On Sunday (October 25), members of the board of Cricket South Africa (CSA) resigned en masse. This came on the heels of the cricket body handing over the forensic report of its functioning to the country’s Parliamentary Portfolio Committee (PPC) of Sport, Arts & Culture. South Africa are scheduled to host England for a short series next month.

But why did the CSA board members resign?

The en masse resignation is seen as a fallout of the ongoing tensions between the South African government and CSA, which is related to a long-running investigation into the affairs of the cricket body. It had resulted in the termination of the contract of CEO Thabang Moroe in August for alleged “misconduct”.
Earlier this month, South African Sports Minister Nathi Mthethwa informed the International Cricket Council (ICC) through a statement that the government intended to intervene in the affairs of CSA following allegations of “serious misconduct” against senior officials.

So the cricket officials had no option but to put in their papers?

The ICC’s constitution forbids government interference, and the punishment is normally an international ban.
Article 2.4 of the ICC constitution states: “The Member must manage its affairs autonomously and ensure that there is no government (or other public or quasi-public body) interference in its governance, regulation and/or administration of Cricket in its Cricket Playing Country (including in operational matters, in the selection and management of teams, and in the appointment of coaches or support personnel).”

So the CSA board members had to stand down to ensure that the South African government doesn’t directly intervene into the cricket body’s affairs, and the national teams don’t face international bans.

📣 Express Explained is now on Telegram

Did all the top bosses of the CSA resign?

On Monday, a tweet from CSA’s official handle stated: “The Members’ Council had deliberated and resolved that in order to best serve the interest of cricket in South Africa, the entire Board should resign — which they did. All Independent and Non-Independent Directors have now resigned.”

If everyone has resigned, who is in charge of cricket in South Africa now?

An interim committee is likely to be formed to bring South African cricket out of its administrative turmoil. On Tuesday (October 27), the Members’ Council had a “constructive” meeting with Sports Minister Mthethwa, ESPNCricinfo reported. Mthethwa was reported to have been “satisfied” with the developments at the CSA.

But what did the forensic report really reveal?

“Internal disciplinary proceedings against many employees mentioned in the Fundudzi Report are either ongoing or completed,” the CSA release said.

What is the future of South African cricket, then?

On Tuesday (October 27), CSA confirmed the home international fixtures for the 2020-21 season.

According to the press release, England will tour South Africa for three T20 Internationals and as many ODIs from November 27 to December 9. Then, Sri Lanka will arrive for two Tests, to be played from December 26-30 and January 3-7.

“We are delighted to announce the schedule of men’s international cricket for the home season,” acting CEO of Cricket South Africa, Kugandrie Govender, was quoted as saying by the release. The CEO added: “All of this, while we continue to investigate the possibility of a historic return to Pakistan in the near future.”

Does this mean the South African government is not against CSA hosting series?

The government had reportedly wanted the board members to stand down, which they did. Also, the government did a demarcation in terms of treating the executive part and the operations side of the cricket body separately.

‘Green wall’ comes up on either side of Rajiv Rahadari

Art in the marketplace: how the Kochi-Muziris Biennale is driving interests worldwide