The party is convinced that Shaheen Bagh created a sharp polarisation which affected the results of the Assembly elections. And it does not believe Muslims can afford to walk away from AAP as long as it remains the BJP’s principal opposition in Delhi. 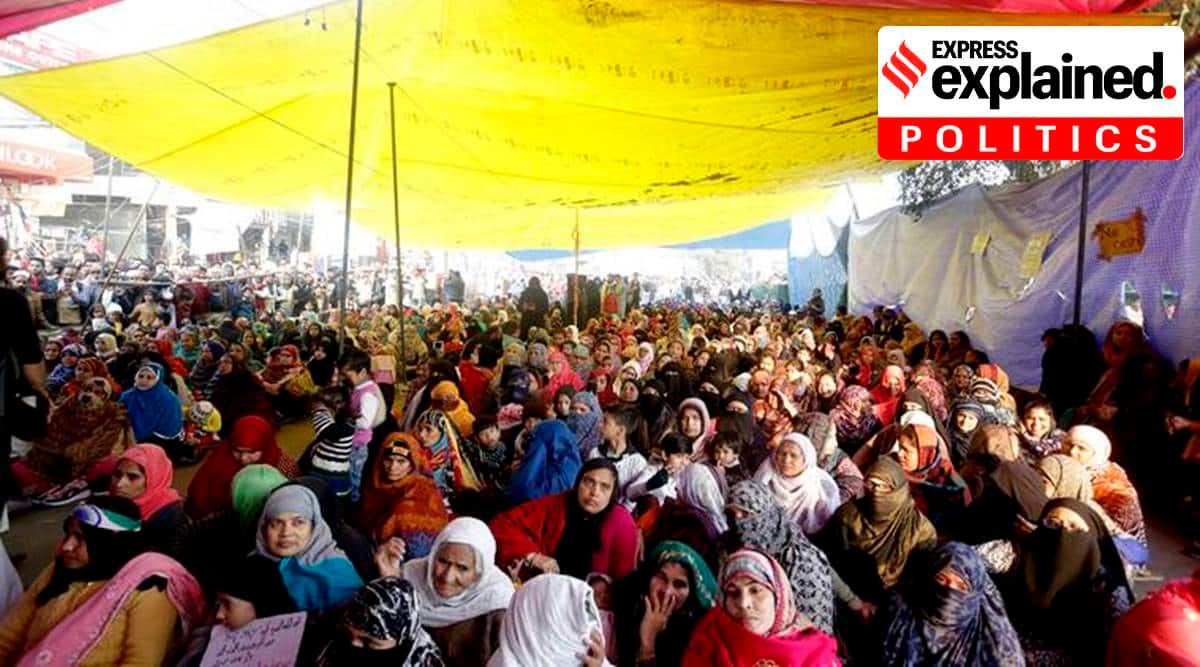 Shaheen Bagh, the predominantly Muslim southeast Delhi neighbourhood, captured public imagination last winter after it emerged as the focal point of the nationwide protests against the Citizenship (Amendment) Act (CAA).

The protests, which lasted between December 15 and March 24, were at the centre of the political discourse in the capital as it went to Assembly polls. The Aam Aadmi Party (AAP) swept the elections, roaring back to power with a majority of 62 in the 70-member House.

While the BJP ran a sharply polarising campaign, casting aspersions on the motives of the Shaheen Bagh protesters, the AAP studiously refrained from entering the debate, and instead remained focussed on its record of governance of the previous five years. Its silence was widely criticised as being opportunistic and acquiescent of communal Hindutva politics.

But the party sprang a surprise this week by unexpectedly wading into the debate, alleging that Shaheen Bagh was a BJP “brainchild” that was “scripted” by its top leadership for electoral benefits — an accusation that immediately drew sharp reactions from across the political spectrum. But it was the BJP that had made the first move.

After having fallen off the news cycle as the pandemic swept in, why is Shaheen Bagh back in discussions?

And what happened after that?

On Tuesday, the chief spokesperson of the AAP, Saurabh Bharadwaj, called a press conference, during which he asserted that the fact that “key organisers” of the Shaheen Bagh protests had joined the BJP was clear evidence that the protests were also engineered at the party’s behest.

A day later, he repeated the accusation, adding that the BJP had vitiated the minds of the Muslims at Shaheen Bagh, while Hindus were incited elsewhere, eventually leading to the North-East Delhi communal riots.

But were those who joined the BJP indeed the “key organisers” of the Shaheen Bagh protests?

There is no evidence to establish that claim. The road blockade, started by a group of women and activists on December 15, 2019, was essentially a response to the police action inside the campus of Jamia Millia Islamia university. Many women who were part of the initial group were mothers whose sons or daughters were at the receiving end of the police assault.

Then, as news of the blockade spread, local Muslim residents, activists, students, and prominent civil society faces joined in, and it took the shape of a movement against the proposed National Register of Citizens (NRC) and the CAA.

While the protests were amorphous, without a clear hierarchy of leaders at the top, hundreds of volunteers actively arranged logistics and kept the wheels moving.

Those who joined the BJP were not among the prominent volunteers, let alone being the “key organisers”, of the protest, several among those who had coordinated the sit-in, told The Indian Express.

So is there any basis to the AAP claim that the Shaheen Bagh protests helped the BJP?

There is no doubt that the BJP centred its Assembly poll campaign around Shaheen Bagh. From the Prime Minister to the Home Minister, Shaheen Bagh found a mention in speeches made by the party’s top leadership in the run-up to the polls. The protests were projected as a “threat” to the city’s, as well as the country’s, integrity.

When the results came in, the BJP won only eight, just five more than in 2015. However, a booth-level analysis of the results showed that the party had won at 35.1 per cent of polling booths, up from 23.2 per cent in 2015.

However, this rise cannot be attributed to any one factor. The AAP, in fact, won the Okhla seat, under which Shaheen Bagh falls, by a handsome margin of 70,000 votes. But the party believes that it lost as many as five seats in North-East Delhi and East Delhi purely due to the polarisation created by the “bogey” of Shaheen Bagh.

But was this how the AAP viewed the Shaheen Bagh protest from the beginning?

The party is convinced that Shaheen Bagh created a sharp polarisation which affected the results of the polls, a cross-section of leaders with whom The Indian Express spoke, indicated.

“During campaigning, we were meeting people from all walks of life. We saw people falling for the BJP narrative that a new Shaheen Bagh could come up at their doorstep. People who never travelled between Noida and Delhi were claiming they were troubled by the inconvenience caused to lakhs of commuters. They were saying, ‘today it is Shaheen Bagh, tomorrow it will be G.K. or Saket?’ For them the city was plunging into lawlessness,” a senior AAP leader said.

Another AAP leader said that a feeling that was gaining ground among the public was that “one community” was disrupting law and order.

Did the AAP reach out to the Shaheen Bagh protesters?

No. The AAP stayed away from the protest throughout.

In an interview ahead of the February 8 voting, Chief Minister Arvind Kejriwal told The Indian Express, “Why do you want to send me to Shaheen Bagh? A few days ago, I saw a few TV reporters there. Everyone there had one thing to say, that Amit Shah come here and talk to us. They (protesters) are more smart. Journalists ask me why I didn’t go. I have no role there. Even they (protesters) know whose role it is.”

However, the party voted against the CAA in Parliament, and also opposed the proposals of the NRC and National Population Register (NPR). But it based its stand on the economic dimensions of the proposals.

Party insiders, however, claim that they did initiate backchannel talks with a section of the Shaheen Bagh protest organisers after “it became clear that the protests were benefiting the BJP”.

“The city’s political atmosphere was highly polarised… People who were connected to us spoke to a section of them. But they were adamant, despite the fact that it was helping the BJP. The way police were allowing the protest was also a clear indication,” an AAP leader said.

A week before the polls, the AAP’s Rajya Sabha MP Sanjay Singh had publicly appealed to the organisers to explore the possibility of temporarily withdrawing the protests.

OK, but what does AAP gain by raising the issue now?

Since there are no elections in the near future, the party is not looking at any immediate gains. However, it does want to resist falling into the trap of being seen as “appeasing” minorities. “Our opponents have attacked us over Tahir Hussain… They say we don’t give money to Hindu priests but rather to imams,” said a leader, underlining that these issues needed to be addressed.

Tahir Hussain is a suspended AAP councillor who has been chargesheeted in the murder of Intelligence Bureau staffer Ankit Sharma during the North-East Delhi riots of February this year. A Delhi court took cognizance of the chargesheet this week, and observed that Hussain had “provoked and instigated his community against the other community with a view to promote enmity between Hindus and Muslims”.

But does this not run the risk of alienating the AAP’s Muslim voters?

According to one party leader, the AAP believes that Muslims, who comprise around 12% of Delhi’s population and impact around 14-15 Assembly seats, will stand by it as long as it remains the principal challenger to the BJP in the city.

“Muslims supported the Congress in the Lok Sabha polls but as a result BJP gained. They backed us wholeheartedly in the Assembly polls, as is evident from our wins in seats such as Okhla, Seelampur, and Mustafabad. And they know why we are saying what we are saying. Some say, those who joined the BJP were not key organisers. But then why did the BJP claim that they were? If the BJP committed a tactical mistake, let them suffer the consequences,” the leader said.