Much like the Gopalapuram residence of late chief minister M Karunanidhi, Jayalalithaa’s Veda Nilayam also has a great significance in Tamil Nadu politics. 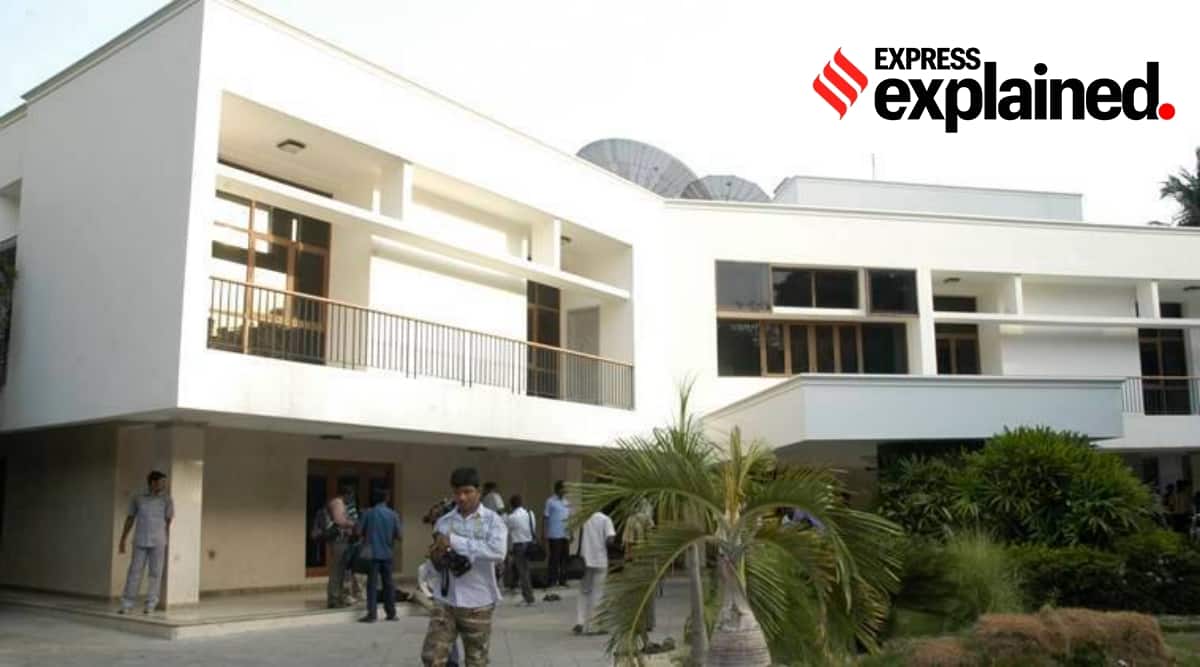 The Madras High Court Wednesday set aside the acquisition of J Jayalalithaa’s residence, Veda Nilayam, in Chennai’s premium Poes Garden residential area. The previous AIADMK government had decided to convert the late chief minister’s residence into a state-run museum. The decision was challenged by Deepa and Deepak, niece and nephew of Jayalalithaa and legal heirs.

Much like the Gopalapuram residence of late chief minister M Karunanidhi, Jayalalithaa’s Veda Nilayam also has a great significance in state politics.

Why did the state government want to acquire Veda Nilayam?

The AIADMK government’s idea to convert Veda Nilayam into a museum emerged out of a fear that the property would end up in the hands of V K Sasikala, a close aide of late Jayalalithaa. CM Palaniswami and his camp, who are loyalists-turned-foes of Sasikala, were apprehensive that she would revive her political clout after her release from Bengaluru prison.

Veda Nilayam not only serves as a memory of the late CM, but is also a symbol of power for Sasikala, who ran the show from the bungalow when Jayalalithaa was alive.

Legal loopholes in the AIADMK government’s hurried plans began with an ordinance issued in May 2020, at a time when the entire state was in a complete lockdown owing to the coronavirus pandemic. The process was challenged legally as it kept Deepa and Deepak, legal heirs and the children of Jayalalithaa’s late brother, in the dark.

The government’s plan was to move the properties of the house under the ownership of Puratchi Thalaivi Dr J Jayalalithaa Memorial Foundation headed by the then CM Palansiwami. The state government had deposited Rs 67.9 crore in the city civil court on July 25 for acquiring Veda Nilayam, in which Rs 36.9 crore was meant to be paid towards IT and wealth tax arrears, which Jayalalithaa reportedly owed the Income Tax department.

On Wednesday, the court directed the government to return the keys of Veda Nilayam to Deepa and Deepak in three weeks’ time. 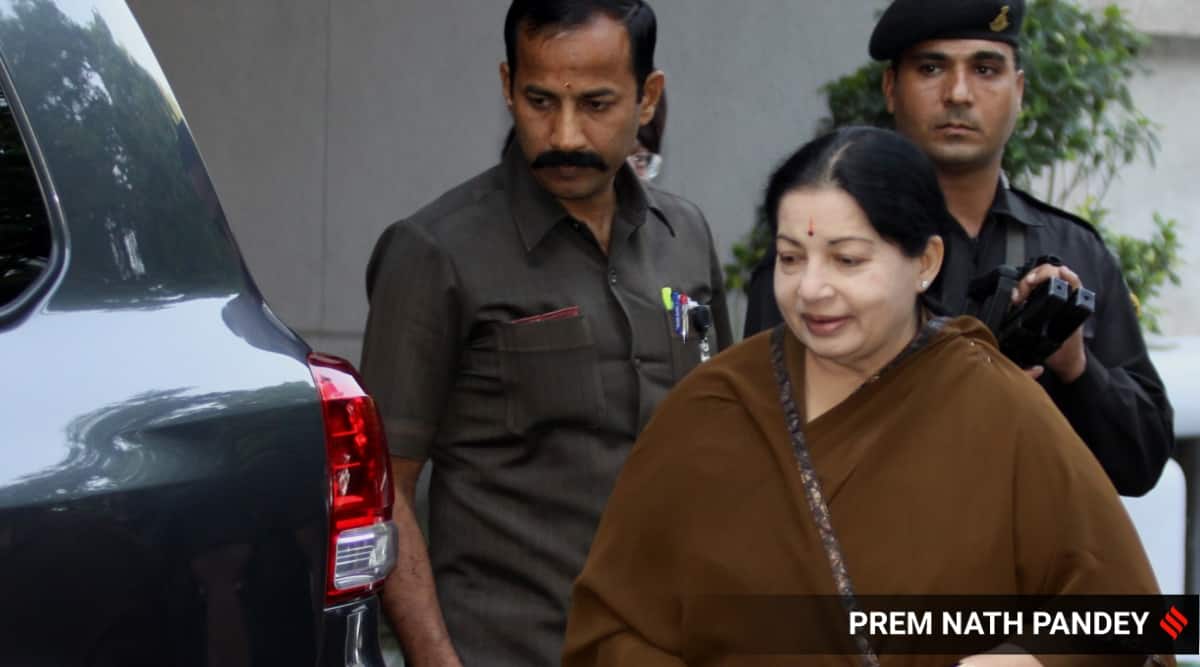 The property that was originally purchased by Jayalalithaa’s mother, who was also an actress, with a three-storeyed residential structure has two mango trees, a jackfruit tree and five coconut and banana trees. Inside, there were as many as 10,438 dresses and cloth materials, 8,376 books, 38 air conditioners and up to 4 kg gold, 601 kg silver, 11 televisions, 10 refrigerators, 29 telephones and mobile phones, 394 mementos, 65 suitcases and 108 cosmetic and six clocks.

Deepa, 44, the eldest daughter of Jayalalithaa’s late brother J Jayakumar, had stayed away from her aunt ever since her father’s death in 1995. The reasons that kept them away include the increasing clout of Sasikala and her family members during the period and Jayalalithaa’s decision to adopt a non-Brahmin V N Sudhakaran, Sasikala’s nephew, as her foster son.

The distance between Jayalalithaa and her late brother’s family was such that she did not turn up when Deepa’s mother died in 2013. Deepa’s last meeting with Jayalalithaa was in 2002 while her younger brother Deepak had links with Poes Garden and Sasikala family, especially Sasikala’s late husband Natarajan.

Now when the Madras HC has quashed the acquisition move and returned the property to Deepa and Deepak, sources said that Sasikala might be stepping in sooner or later to purchase Veda Nilayam from Jayalalithaa’s legal heirs. It is a place where Sasikala lived with Jayalalithaa from the mid-1980 except for a brief period in 2011 when she was sent out over a dispute with the late CM. Sasikala was already married in the 1980s before striking a friendship with Jayalalithaa. But eventually, she abandoned her family life to live with Jayalalithaa. Sasikala and Natarajan have no children and hardly lived together after the 1990s.

In the process, many Sasikala family members were also seen falling out of favour with her, including TTV Dhinakaran, her nephew and the only person other than her in the family with political acumen.

The only other Sasikala family member who maintained camaraderie with Jayalalithaa was Ilavarasi, wife of Sasikala’s late brother, who was also a convict in the disproportionate assets case in which Jayalalithaa was the first accused. Ilavarasi’s children, too, spent their early childhood at Veda Nilayam. 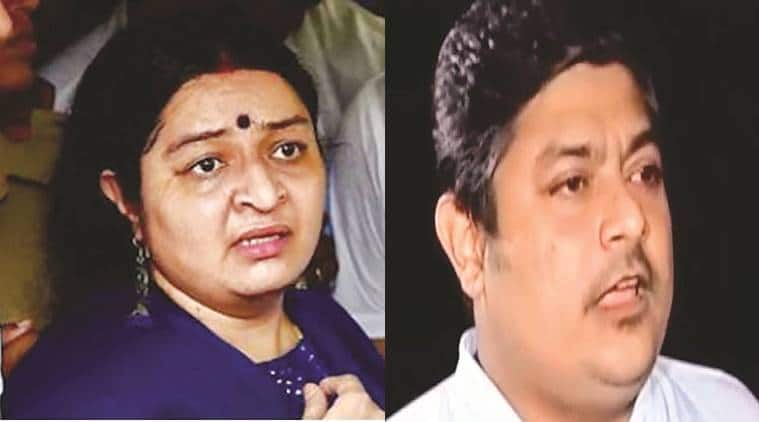 While Jayalalithaa already has a grand memorial complex on Marina beach, the Madras HC, quashing the order Wednesday, questioned the necessity to have one more memorial in her name. The court order also saves at least Rs 67.9 crore, the amount deposited by the state government in a civil court for acquiring Veda Nilayam.

UP: 5 injured in clash between two communities on Janmashtami

Nargis Fakhri’s boyfriend Justin Santos pens romantic post: ‘Look at this perfect woman right here. How did I get so lucky?’

Where does David Bromstad live?