According to some observers of East Asia, China believes the US exerts influence over South Korea and Japan and may interfere with Beijing's long-term military, diplomatic and economic interests in the region. 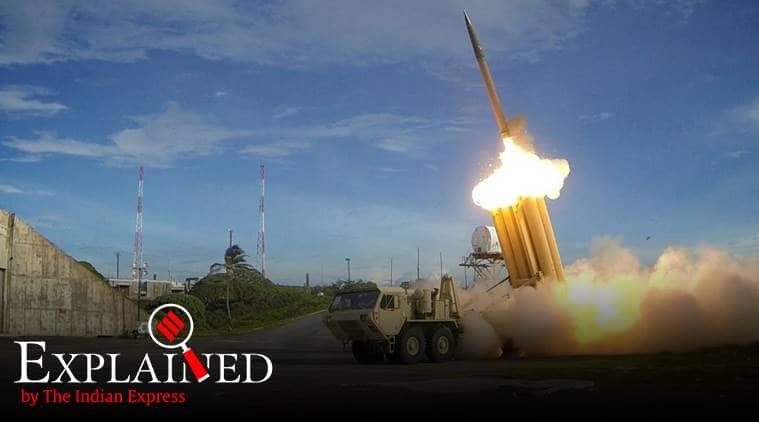 China has issued a statement reiterating its long-standing objections to the presence of the US THAAD missile defence system in South Korea. Its opposition Friday came following reports of an overnight operation to bring in new, replacement interceptor missiles to the US base in South Korea.

China has been objecting to the defence system since it was first deployed in South Korea three year ago, causing a deterioration in ties between the two countries.

THAAD is an acronym for Terminal High Altitude Area Defense, a transportable, ground-based missile defense system. In the book Theater Missile Defense (TMD) in East Asia: Implications for Beijing and Tokyo, Lars Assmann writes: “THAAD is coupled with space-based and ground-based surveillance stations, which transfer data about the incoming missile and informs the THAAD interceptor missile of the threat type classification. THAAD is alarmed about incoming missiles by space-based satellites with infrared sensors.”

What is this South Korea-China controversy over THAAD about?

In 2017, matters escalated in the Korean Peninsula after North Korea test fired a few missiles in the direction of US bases in Japan. Following this incident, the US amended its plans and moved the systems to its army base in Osan, South Korea while the final deployment site was being prepared. 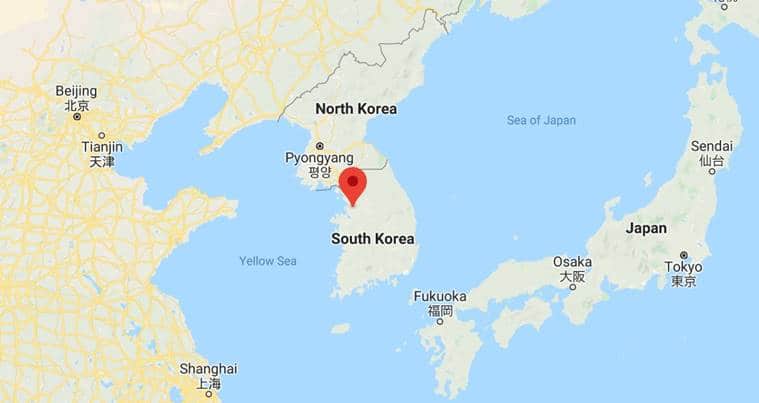 These moves by the US and by extension, South Korea, particularly angered China. For a while the dispute has temporarily subsided, if not resolved. However, with the latest developments, it appears the controversy has resurfaced.

Why is China opposing THAAD in South Korea?

According to The Washington Post, China’s opposition has little to do with the missiles itself and is more about the system’s inbuilt advanced radar systems that could track China’s actions. The controversy also has much to do with the geo-politics and complex conflicts in East Asia, with the US having a presence in the region particularly through its many military bases in Japan and South Korea.

According to some observers of East Asia, China believes the US exerts influence over South Korea and Japan and may interfere with Beijing’s long-term military, diplomatic and economic interests in the region.

Following the deployment of replacement missiles Friday, Reuters reported that China had issued a statement urging the US not to harm bilateral relations between Beijing and Seoul. South Korea’s Yonhap news agency added that China warned the US not to interfere in its “national interests”. The US and South Korea have consistently maintained that these missiles are only to counter potential threats by North Korea.

South Korea also issued a statement saying the number of missiles had not increased, but had only been replaced with newer versions.

China’s response to THAAD in the past

When the controversy first arose in 2017, China had hit South Korea economically. South Korean businesses, including large conglomerates like LG, Lotte and Samsung, found their diversified operations hampered. These included the shutting down of institutions and enterprises that had little to do with the defence and military, like golf courses and shopping malls.

Post this development in 2017, tourism from China to South Korea fell drastically. Many Chinese tourists who are fans of Korean entertainment travel to South Korea — the tourism industry contributes significantly to South Korea’s economy.

South Korea’s entertainment industry witnessed concerts, shows and other commercial ventures in China by K-pop stars being forced to cancel as a result of this controversy.

South Korean cosmetics and beauty products that are extremely popular in China also witnessed their sales being impacted, due to calls on social media to boycott South Korean products. Hence, the impact of the controversy was not limited to a diplomatic level, but had far-reaching consequences.

Three years on, it is yet to be seen if the latest development will have a similar effect on relations between the countries.

Are the Taliban returning to Kabul? | The Hindu Parley podcast

Joe Giudice Spotted In The Bahamas: The Truth About Whether He Is Back In The U.S.