The government is considering declaring Batala as the 24th district of Punjab. 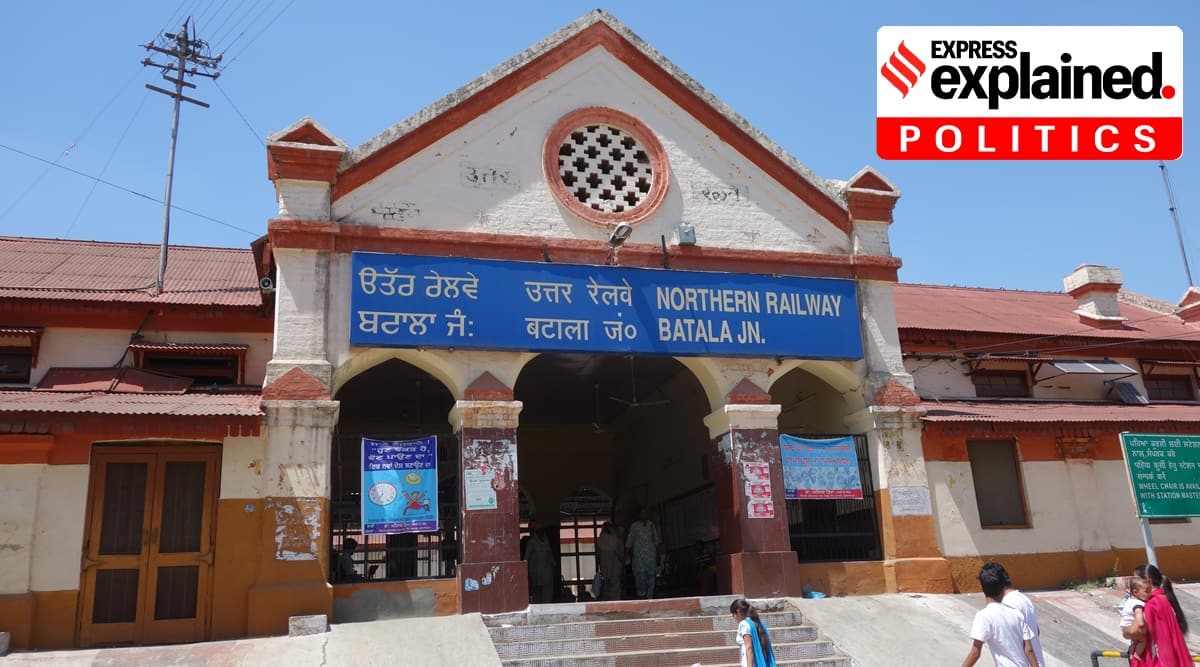 Batala, a town in Gurdaspur district of Majha in Punjab, has become the bone of contention among warring Congress leaders in the region. Known for their rivalry, the leaders are squabbling over who takes credit as the government is set to declare it the 24th district of the state. The Indian Express explains the whole controversy.

What has triggered the tug-of-war?

The government is considering declaring Batala as the 24th district of Punjab. Rajya Sabha leader Partap Singh Bajwa as well as two Cabinet ministers from Gurdaspur, Tript Rajinder Singh Bajwa and Sukhjinder Singh Randhawa, all want to take credit for the same. Both Bajwas are known in the region for their rivalry. Randhawa has been backing Tript Bajwa. Both Tript Bajwa and Randhawa were earlier backing the CM till they rebelled against him recently. Both Partap Bajwa and Amarinder, earlier not the best of friends, are now on the same side.

Why is Batala strategically important for both the factions?

Fatehgarh Churian MLA Tript Bajwa has been trying to “settle” his son in the state’s politics from Batala. He was able to get his choice of officers posted in the town by using his influence in the government and has also been nurturing the constituency. Partap Bajwa, earlier an MLA from Qadian, left the seat for his younger brother Fateh Jung Singh Bajwa ahead of the 2017 Assembly elections. He wants to get back into state politics and is eyeing Batala too. Moreover, to establish their leadership in Majha region, it is important for both sides to get their names linked to the creation of this new district.

Who was the first one to raise the issue?

Two years ago, Batala municipal council was upgraded to municipal corporation after the demand was raised by Tript Bajwa who also wanted a district here. At that time Partap and Amarinder were betenoirs.

Tript Bajwa has been saying that he has been raising this demand every now and then. Three days ago, both the ministers wrote a letter to the CM seeking his time on the plea that they wanted Batala to be declared a district. Amarinder issued a statement the next day stating that he had already received a letter from Partap Bajwa a month ago and the issue was under his consideration. Now, efforts are on to get the town declared a district on September 13, the anniversary of the wedding of Guru Nanak Dev. On the day, baratis had entered Batala for his wedding. However, the government has to hold a Cabinet meeting before the formal announcement.

What is the historical importance of Batala?

Batala is considered an important city of Punjab thanks to its historical, religious, social and literary heritage. Batala was the oldest city of Punjab after Bathinda which was founded in 1465 and also the eighth-largest city in the state in terms of population.

According to legend, Guru Nanak Dev, the first Guru of Sikhs, was married to Mata Sulakhni in this city in 1487. Gurdwara Dera Sahib and Gurdwara Kandh Sahib are adorned in his memory. Guru Hargobind, the sixth Guru, also came to Batala to marry his son Baba Gurditta and in his memory Gurdwara Sat Kartaria is established in the middle of the city. Both the Ministers said Batala was an important city of the Sikh empire after Lahore and Amritsar during the rule of Maharaja Ranjit Singh. The historic Kali Dwara Mandir and Sati Lakshmi Devi Samadh are also here along with Achal Sahib where Achaleshwar Dham celebrates the memory of Lord Shiva’s son Kartik.

Punjabi poet Shiv Kumar who affixed Batalvi is also from the city.

Scheme for vaccination being formulated

Left out in the cold

‘Farmers believe Modi can do anything to help his corporate friends’