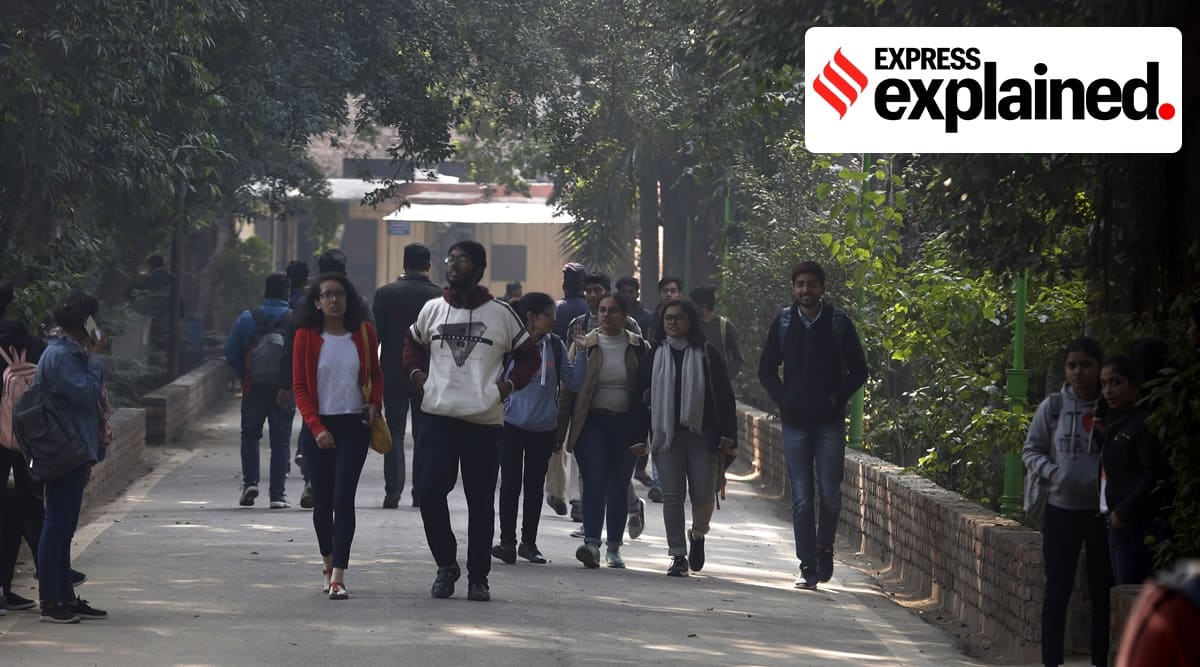 On Thursday, Delhi University (DU) saw a protest by the Akhil Bharatiya Vidyarthi Parishad (ABVP) demanding that the university be reopened and physical classes begin for students. In the last few weeks, similar protests for re-opening campuses have been organised at all prominent universities of the city including Jamia Millia Islamia, Jawaharlal Nehru University (JNU) and Ambedkar University Delhi (AUD). All colleges and universities had closed in March last year due to the COVID-19 pandemic.

Where does each university stand right now in terms of re-opening?

In all four universities, classes are currently taking place online. At DU, the campus had opened for final year students who need laboratory access on February 1. Additionally, research scholars and teachers have been given access to four libraries. At Jamia too, library facility is open but students aren’t allowed inside hostels or campus otherwise. Jamia’s Executive Council (EC) has decided to hold a survey and decided on physical reopening of campus after March. At AUD, students have been allowed to use the library, laboratory and the research scholars’ lounge, but classes are fully online. JNU, being a residential campus, was the first to allow students back in a phased manner in November last year, but most students have still not been allowed to return.

What are students demanding? Why do they want the campus to re-open in the middle of a pandemic?

Students protesting for re-opening are not demanding that all students be allowed to enter campus at the same time. Instead, they are asking for a phased re-opening keeping in place all the safety precautions. The basic demand for demanding physical classes or blended learning (both online and offline) is based on the argument that many students are not able to conveniently access online classes.

Sidharth Yadav, State Secretary of ABVP which had Thursday held a protest at DU, said, “We are not demanding that all students be allowed on campus. Those who need physical classes should be allowed and facilities like library and hostel be made available to them. Online classes can also continue side by side. Many students can’t access online resources or there are those who need more clarity and in-depth study which can only happen face-to-face. For them, the re-opening is necessary,” he said.

At Jamia, students have also pointed out that citing the pandemic they aren’t being allowed, but film shooting and programmes inside campus, continue as usual. “When 100-200 people can be allowed on campus for these things, why not students? We are not saying to call everyone together; there should be a phased opening. The university should take care of proper sanitation if safety is their concern. During the pandemic, many students have not been able to access e-resources. It’s important that the university opens,” said Arbab Ali, an All India Students’ Association activist.

Why are university authorities not starting physical classes?

“The problem is that class size in all colleges is quite big and suddenly we cannot tell them to divide those students into three or four sections and call them. That’s why we decided to first call students who require lab work. Idea was to test this for 2-3 weeks and then call all final year students,” said DU Dean of Students’ Welfare Rajeev Gupta.

“Even in the limited re-opening, there is hardly 30-40% attendance because most of our students are from far away places. If we start physical classes, they may miss out on them. We have to take these things into account,” he said.

The Jamia administration too said the demand for online classes is more.

“A large number of students and parents already wrote to the university administration that at present online teaching should continue as the environment is still not conducive for offline classes considering Covid-19 cases and discovery of the South African and Brazilian mutant strains of coronavirus in the country,” said Jamia PRO Ahmad Azeem.

“Health concerns of students considering Covid -19 is a major issue,” he added.

Majority of parents in Mumbai will not send children to school when lockdown is lifted: Survey

Govt. holds another round of talks with NSCN-IM; separate flag, constitution sticking point

20th edition of MAMI film fest comes to a close