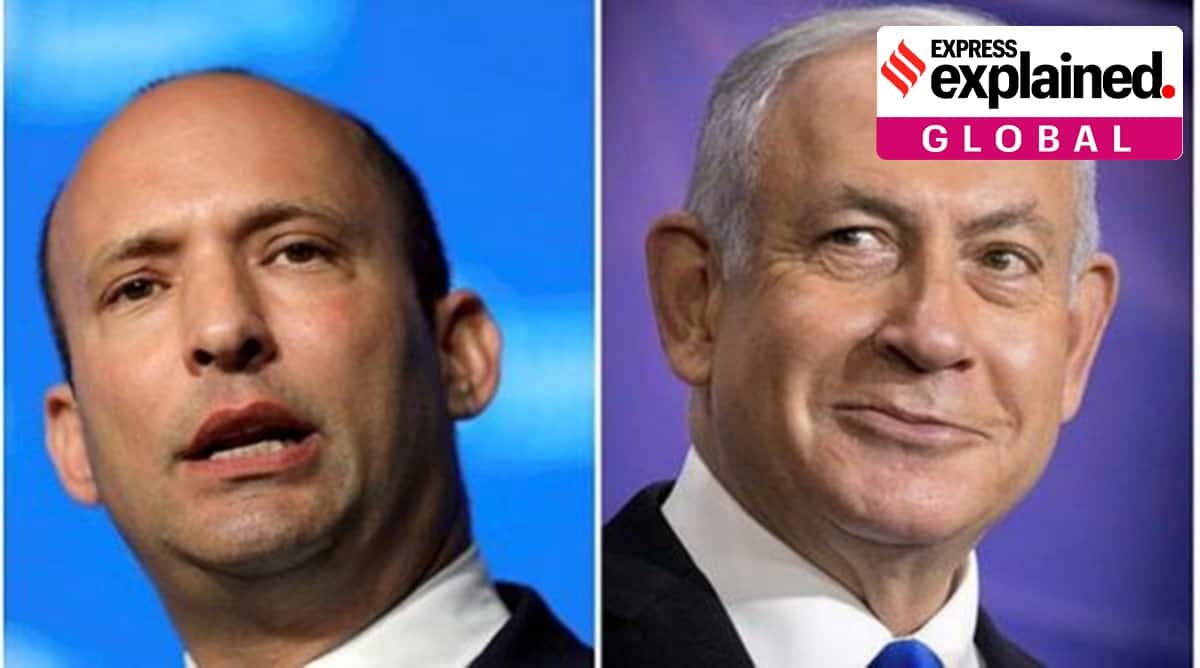 Israel’s Prime Minister Benjamin Netanyahu’s grip on power loosened further this weekend as his political rivals stepped up to oust him from office.

Political analysts say that Bennett is most likely to lead the country after Netanyahu is ultimately ousted. Israel’s longest serving Prime Minister is on trial for fraud, and he fell short of obtaining majority support after the general election in March this year — the country’s fourth inconclusive vote in two years.

Who is Naftali Bennett?

Bennett, a 49-year-old politician with American parents is a former tech entrepreneur who made millions before switching to, and getting deeply involved in, rightwing politics and a religious-nationalist political position.

Some observers and newspapers in Israel have labeled him “ultra-nationalist” for his views. Bennett, leader of the Yamina party, told The Times of Israel this February: “I’m more rightwing than Bibi (Netanyahu), but I don’t use hate or polarisation as a tool to promote myself politically.”

Bennett has recently called for the annexation of occupied West Bank. Observers of his political career have noted that this has, in fact, been his stance broadly ever since he burst into Israel’s political scene in 2013.

Bennett worked for Netanyahu as a senior aide between 2006 and 2008. He left Netanyahu’s Likud party, however, after his relationship with the Prime Minister soured.

After he entered politics, Bennett aligned himself with the rightwing national religious Jewish Home party, and entered Parliament as its representative in 2013.

Where does Bennett stand in terms of political ideology?

Bennett is known for being a strong advocate of the Jewish nation state, and for insisting on Jewish historical and religious claims to the West Bank, East Jerusalem and the Golan Heights, territory near the Israel-Syria border that Israel has occupied since the 1967 war.

Once the head of the Yesha Council, a political group that represents Jewish settlers, Bennett has been a long-standing advocate of rights of Jewish settlers in the West Bank. He has, however, never advocated Israeli claims on Gaza.

That said, Bennett has taken a hard line towards Palestinian militants, and has endorsed the death penalty for them. In May this year, Bennett accused Hamas of the “murder” of civilians in Gaza, who were killed in Israeli air-strikes in response to Hamas rocket fire from Gaza.

Bennett, The Times of Israel has said, “is not in the business of boycotting political rivals, but he is a man of ‘the national camp’ — a firm and proud right-winger who will oppose Palestinian statehood forever, under any and every circumstance; who wants to extend Israeli sovereignty to some 60 per cent of the West Bank; who thinks Israel has already relinquished too much of its Biblical land”.

Bennett’s likely coming to power would mean a setback for Palestinians who hope for negotiations for peace and, at some point, an independent state.

So how far is Bennett away from becoming Prime Minister?

Bennett has said that his party will engage in talks to form a governing coalition with the centrist party leader Yair Lapid, who will have to announce the result of these talks on Wednesday.

This past week, Israeli media reported that under the proposed terms of the deal, Bennett would replace Netanyahu as Prime Minister and, in a rotation agreement, give way to the 57-year-old Lapid.

If confirmed, this coalition would bring together in government parties from the right, left, and centre of the Israeli political spectrum.

While these parties have little in common politically, they are united in their desire to see Netanyahu’s time in office come to an end, a BBC report said.

Netanyahu has said this arrangement would “weaken Israel”.

Israeli media reports suggest that the Bennett-Lapid coalition would have enough support in the Knesset to remove Netanyahu from office. The Times of Israel has, however, cautioned against jumping to conclusions in the extraordinarily fluid Israeli political scenario.

“The possibility of lawmakers defecting or absenting themselves, combined with Israel’s fast-shifting current affairs, means that uncertainty will prevail until the Knesset approves a new government, with a vote on that not expected for several more days. The nascent coalition apparently has the support of 61 MKs in the 120-seat Knesset, so even a single defection could deprive it of a majority,” the Times of Israel said.

Terminals of 23 important trains changed, to reflect in new timetable

The Budget: A Reality Check

8 injured in stampede at Mumbai college fest; 3 in intensive care