The unmarked graves add to the plethora of data showing the atrocities committed against indigenous children by the Canadian residential school system and the callousness with which the government treated the matter of their deaths. 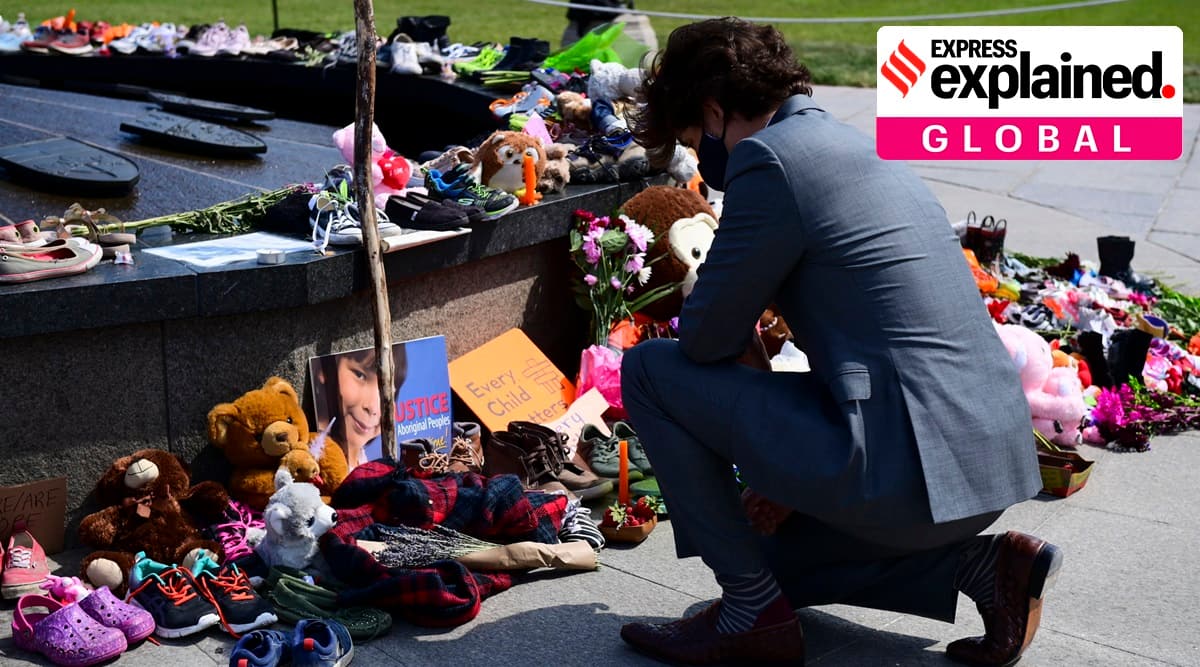 Leaders of a First Nation Indigenous Group in Canada announced on Thursday that they found indications of at least 751 unmarked graves near the site of a former residential school in Saskatchewan. This news comes less than a month after specialists uncovered the unmarked graves of 215 indigenous children on the grounds of another former residential school in British Columbia.

Canadian Prime Minster Justin Trudeau said he was “terribly saddened” by the new discovery, adding that it was a “shameful reminder of the systemic racism, discrimination and injustice that indigenous peoples have faced — and continue to face — in this country.” Several protests erupted across Canada after the 215 graves were found, culminating in the toppling of a statue of Egerton Ryerson, one of the key figures behind Canada’s residential school system.

The unmarked graves add to the plethora of data showing the atrocities committed against indigenous children by the Canadian residential school system and the callousness with which the Canadian government treated the matter of their deaths.

In 1883, Canadian Prime Minister John Macdonald set up a system of day and residential schools for the country’s indigenous population. According to ‘Stolen Lives’, a compendium of information put together by the global non-profit, Facing History, the residential school system was designed to help indigenous people catch up with the demands of Western Society.

However, the schools were notoriously underfunded and relied heavily on donations from local churches. Educators subsequently used the children to generate income, making them raise animals, produce clothing, and grow vegetables, according to Stolen Lives. Additionally, the schools, mostly operated by churches, banned the use of indigenous languages and cultural practices, often through violence. Tragically, many of the children placed in the schools were forcibly separated from their families and subjected to wide-spread sexual, physical, and emotional abuse. Children often died from unsanitary living conditions, disease and ‘accidents’ at a much higher rate than the general population. The residential school system was disbanded in 1996.

In 2008, the Canadian Government issued a formal apology for the physical and psychological abuse indigenous children endured at residential schools.

The Canadian government’s apology came on the back of a historic agreement between the government and nearly 86,000 indigenous peoples in Canada who at some point, were enrolled in the residential school system. The agreement recognised the damage inflicted by the system and established a $1.9 billion compensation package for all former residential school students. Announced in 2006, the agreement is the largest class action settlement in Canadian history. It also established the Canadian Truth and Reconciliation Commission (TRC) whose findings, published in 2015, laid the groundwork for $3.1 billion in additional compensation provided to former students by the Canadian Government for damages beyond the scope of the original agreement.

Between 2008 and 2015, the TRC interviewed over 6,000 witnesses to document the history of the schools. In its official report, it described the system as a form of “cultural genocide” designed to separate indigenous children from their families in order to sever their cultural linkages and indoctrinate them with European values. The Commission identified more than 4,100 students who died at the schools and 150,000 students who were enrolled there at some point. The true number, it acknowledges, is likely to be much higher. After the TRC published its findings in 2015, a federal project has been underway to document the fates of the children who never returned to their families, generally known as the “missing children.” According to the 2016 Canadian census, there are approximately 1.6 million indigenous peoples residing in the country, accounting for 4.9% of its population. The census found that these groups are less educated, more impoverished and at higher risk of suicide than the rest of the Canadian population. This inequality stems from policies enacted by the Canadian government in the early 1830s wherein indigenous peoples were brutally massacred, their lands forcibly seized and their children taken under the care of the state. These policies are documented by historian David E. Stannard in his book, The American Holocaust. In it, he notes that before Christopher Columbus arrived in the Americas, there were approximately 100 million indigenous people living there. By the end of the nineteenth century, between 90 and 99% of them were gone.

When Trudeau was elected in 2015, he promised to form a new relationship with indigenous populations based on “respect, rights and a commitment to end the status quo.” However, while he has publicly renounced the residential school system, his government continues to seize indigenous land for the expansion of the fossil fuel industry according to a report by The New York Times. This dissonance between words and actions has catalysed mass protests, including one in 2020, where demonstrators blocked railway lines in solidarity with the Wet’suwet’en First Nation, whose lands were being co-opted by the government for the Coastal Gaslink Pipeline project.

Interestingly, Canada’s indigenous population is growing at an extraordinary rate, increasing nearly tenfold in the 20th century according to census data. There has also been more visibility for indigenous rights mirroring trends observed in the US and Australia, both also home to a significant indigenous population.