The opposition to the naming of the garden is seen as an attempt by the BJP to pin down the Shiv Sena on the issue of Hindutva. However, the Sena’s measured stand on the issue is largely due to the realpolitik of local pressures and compulsions. 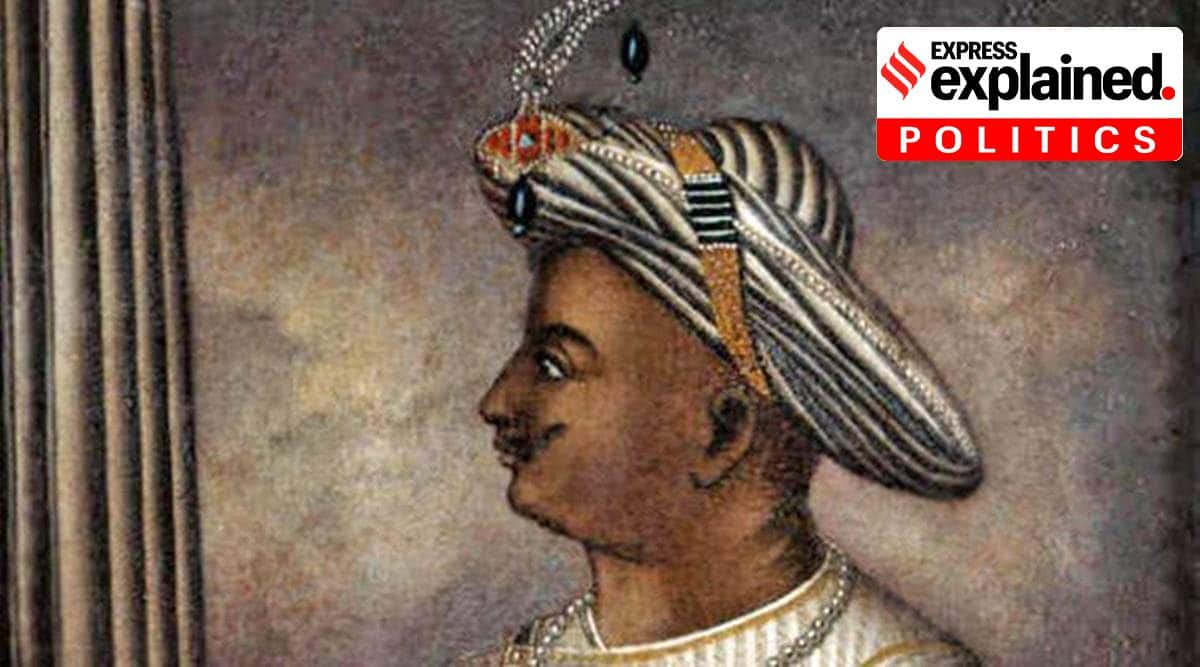 Nearly 1,000 km from where he once ruled, Mysore King Tipu Sultan is at the centre of controversy in the Brihanmumbai Municipal Corporation over attempts to name a garden after him in Govandi, a suburb in Eastern Mumbai. A look at the genesis of the controversy and more.

How did the controversy over the naming of a garden after Tipu Sultan in Mumbai start? ?

In January 2021, Samajwadi Party corporator from Govandi Rukhsana Siddiqui wrote a letter to the Market and Garden Committee suggesting that a newly developed garden spread over two acres be named after Tipu Sultan as he was a “freedom fighter” and had fought against the British East India Company. The demand was accepted by the BMC administration in June and sent to the Market and Garden Committee for approval on July 15.

The move, however, drew criticism from right wing organisation Hindu Janajagruti Samiti (HJS), and later the Bharatiya Janata Party (BJP), who claimed that Tipu Sultan was an anti-Hindu leader and naming a garden after him would hurt religious sentiments of the community.

During a virtual meeting of the Market and Gardens Committee, BJP corporators opposed the proposal when it came up for approval and demanded to scrap it.

BJP has warned that if the proposal is not scrapped, then they will start agitation against the BMC administration and the Shiv Sena which controls the BMC. BJP councillor Balchandra Shirsat has also accused Sena of not allowing his party members to speak during the committee meeting.

What has happened so far and what next ?

Anticipating uproar during the meeting, Shiv Sena corporator and chairperson of Market and Garden Committee, Pratima Khopade, termed the proposal “incomplete” and sent it back to the BMC administration seeking more details.

Sena defended the move of not allowing any member to speak in committee and said there was no point in discussion as the proposal was sent back to administration.

Now the proposal can be brought back before committee only after the civic administration resends the proposal. If the proposal gets approved in the Market and Garden Committee, then it will be sent to the civic corporation for final approval.

Why has the Shiv Sena not acceded to the BJPs request to scrap the proposal ?

Since it has joined hands with the Congress and the NCP to form the Maharashtra Vikas Aghadi alliance, the Sena has been far more circumspect in how it reacts to communally divisive issues. The opposition to the naming of the garden is seen as an attempt by the BJP to pin down the Shiv Sena on the issue of Hindutva. However, the Sena’s measured stand on the issue is largely due to the realpolitik of local pressures and compulsions.

The garden is located in a Muslim-dominated area and the proposal has been mooted by the Samajwadi Party who even though are not direct allies of the Sena have often worked in close coordination with Sena leaders in the BMC over allotment of contracts and running of the Corporation. Opposing the move directly is also likely to bring censure from its MVA allies like the Congress and the NCP.

The Sena, meanwhile, has hit back at the BJP claiming that it is communalising the issue and there are other places in the city named after Tipu Sultan.

Is this the first time civic facilities in Mumbai are named after Tipu Sultan ?

There are at least two facilities in the western suburbs of Mumbai named after Tipu Sultan. On December 13, 2020, Congress MLA and Guardian Minister Aslam Shaikh had done bhoomi pujan of revamp of Tipu Sultan Maidan, Lagoon Road at Malad West. Similarly, a road in Andheri West was named after him a few years back.

Why does Tipu Sultan find resonance in Mumbai?

Since 2015, after the emeregence of political parties like the AIMIM in Maharashtra, contemporary historical figures like Tipu Sultan are being used by Muslim youth as a symbol of political assertion. A large number of pictures lauding Tipu Sultan, the 17th century Muslim ruler of Mysore, have started coming up in areas across Maharashtra, particularly Marathwada, and locals claim that these posters are a way of the Muslim youth to show the contribution and history of Muslims in India.

No odd-even rule for two-wheelers: SC