After five years of negotiations between the two countries as they attempted to “heal the wounds”, German Foreign Minister Heiko Maas on Friday announced a fund of €1.1 billion ($1.2 billion) to help aid community projects in Namibia. 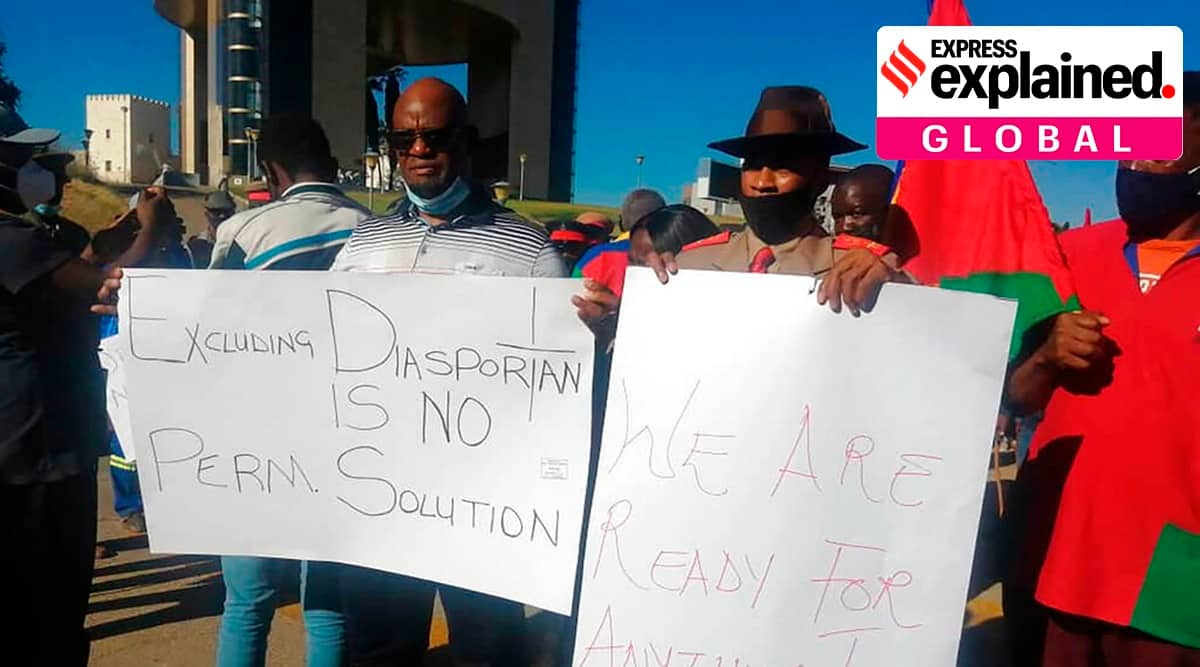 Germany for the first time has recognised that it committed genocide against the Herero and Nama people in present-day Namibia during its colonial rule over a century ago, and promised financial support of over a billion euros to the Southern African nation.

Between 1904 and 1908, German colonial settlers killed tens of thousands of men, women and children from the Herero and Nama tribes after they rebelled against colonial rule in what was then called German South West Africa. While Germany has previously acknowledged the atrocities, they refused to pay direct reparations for many years.

After five years of negotiations between the two countries as they attempted to “heal the wounds”, German Foreign Minister Heiko Maas on Friday announced a fund of €1.1 billion ($1.2 billion) to help aid community projects in Namibia. “We will now officially refer to these events as what they are from today’s perspective: genocide,” he said.

What was the Herero and Nama Genocide?

Between 1884 and 1890, Germany formally colonised parts of present-day Namibia — a territory which was roughly twice as large as the European nation, but not as densely populated. By 1903, around 3,000 German settlers had occupied the central high ground of the region.

Tensions quickly rose as local tribes saw the German settlers as a threat to their land and resources. The conflict reached a boiling point in 1904, when the Herero nation — a primarily pastoral community — rebelled against the Germans, and were closely followed by the Nama tribe. Violence first broke out between Herero fighters and German settlers in a small town called Okahandja. The Herero, who by then had embraced some symbols of modernity such as guns and horses, laid siege on a German fort.

Significantly outnumbered by the well-armed Hereros fighters, the military commander and governor of the colony at the time, Major Theodor Leutwein, decided to broker a settlement to end the conflict. But Berlin demanded a military solution. Leutwein was replaced by Lieutenant General Lothar von Trotha, who opted for a far more aggressive military approach.

He directed his troops to corner the Herero fighters, who had by then fled to the Waterberg plateau at the edge of the Kalahari desert. His strategy was to ruthlessly “annihilate” the Hereros when they least expected it.

During the Battle of Waterberg, around 80,000 Herero, including women and children, were chased across the desert by German troops. A mere 15,000 survived.

Around this time, the southern Nama communities, too, had led an insurrection against German colonialism. But much like the Herero, they too were brutally suppressed. Around 10,000 of them were killed.

Over the next three years, thousands of Nama and Herero men, women and children were exiled to the Kalahari desert where many died of thirst. Several others were sent to bleak concentration camps, and used for forced labour.

The Germans continued to rule the region till 1915, following which it fell under South Africa’s control for 75 years. Namibia finally gained independence in 1990.

How did the atrocities impact relations between Germany and Namibia?

The atrocities committed in what was then known as German South West Africa have been described by some historians as the first genocide of the 20th century.

Since 2015, however, the two countries have been negotiating an agreement in an attempt to “heal the wounds” of the past. This was meant to combine an official apology by Germany as well as some sort of financial package. The aim of the talks was to “find a common path to genuine reconciliation in memory of the victims”.

In August that year, Namibia rejected the reparations offered by Germany, claiming that their offer was “unacceptable”. Germany was also reluctant to use the term “reparations” to describe the financial aid they were planning to provide, the southern African nation noted at the time.

In 2018, as a gesture of goodwill, Germany returned the human remains of some Herero and Nama tribe members, which were used during the colonial-era in experiments to assert the superiority of the European race.

Finally on Friday, Germany acknowledged the killings as genocide. “In light of Germany’s historical and moral responsibility, we will ask Namibia and the descendants of the victims for forgiveness,” Foreign Minister Heiko Maas said, announcing a financial package of 1.1 billion euros for development projects in Namibia.

So, what happens now?

A declaration will be signed by Maas in early June, following which it will be ratified by the parliaments of both countries. President Frank-Walter Steinmeier is then expected to officially apologize for Germany’s crimes in front of the Namibian Parliament, DW reported.

Germany’s financial package worth 1.1 billion euros will be paid separately to existing aid programmes in the country over the next three decades. A majority of the total sum will go towards projects relating to land reform, rural infrastructure, water supply and professional training, the Guardian reported. The descendants of Herero and Nama tribes are heavily involved in these developmental projects.

Meanwhile, around 50 million euros has been reserved for cultural projects and youth exchange programmes between the two countries, to help build bridges.

The joint declaration will refer to the atrocities committed by the German troops as a “genocide” but is likely to pointedly avoid using the term “reparations” and “compensation”, according to the Guardian, to avoid any legal repercussions or set a precent for similar demands by other nations.

How has the declaration been received in Namibia?

Several members of the Herero and Nama tribes have criticised the latest deal, arguing that it was a PR stunt by Germany.

“Is this the kind of reparation that we are supposed to be excited about? This is just public relations. This is a sellout job by the Namibian government. The government has betrayed the cause of my people,” Vekuii Rukoro, the Paramount Chief of Herero people, former attorney general and member of parliament, told CNN.

He said that descendants of the slain Herero and Nama tribals should receive reparations from Germany.

All you want to know about Nithyananda

Students injured as school bus veers off road in Birjepalli