The Karnataka government has launched two new schemes, one to bring government services to citizens' doorsteps, and the other to redress public grievances. 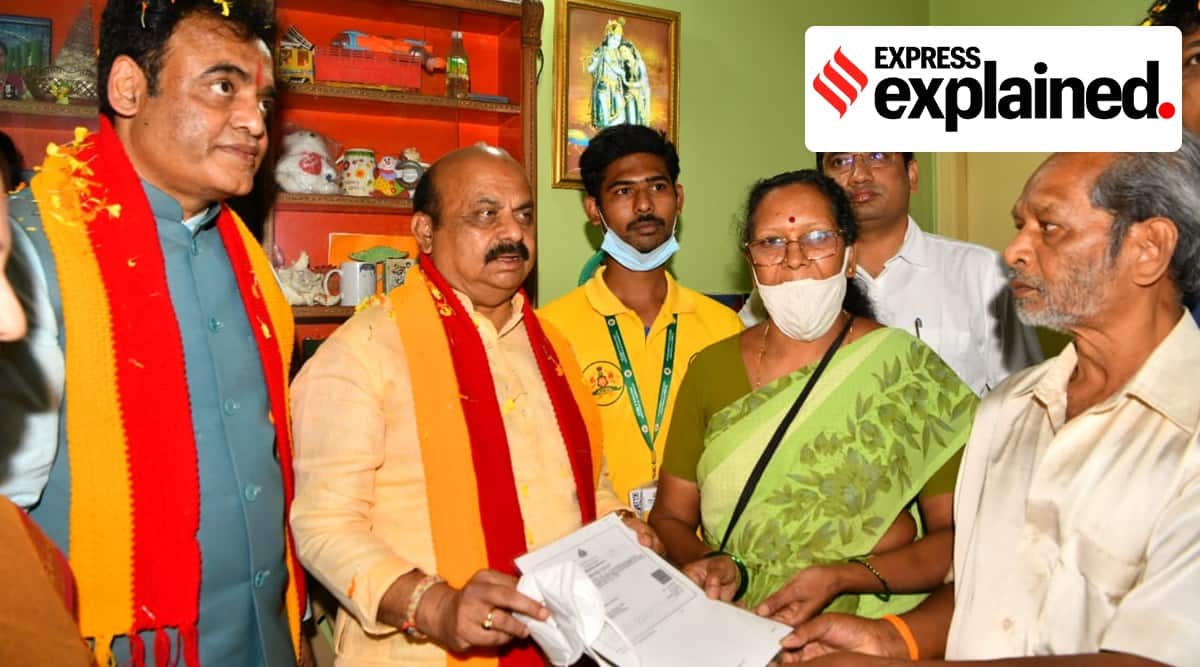 Chief Minister Basavaraj Bommai said the two initiatives will increase public convenience as they offer various government services online. “All these services are successfully implemented in Bengaluru. They can be extended to rural areas. Public services at the doorstep will be launched in rural areas across the state on January 26,” Bommai said.

Janasevaka is an initiative to help people avail government services easily. Using a mobile application or website, or by getting in touch via a call centre, people can get up to 56 government services delivered to their doorsteps, including home delivery of ration at subsidised rates, or an Aadhaar card, caste certificate, income certificate, senior citizen card, BBMP khatha transfer and health card.

How to use Janasevaka serives

A website (www.janasevaka.karnataka.gov.in) has been developed to enable citizens to request services. They could also be requisitioned with a phone number (08044554455), which will connect citizens to the Sakala call centre.

Speaking to The Indian Express, Varaprasad Reddy, project director, Janasevaka, said, “The citizens can call Sakala call centre and request a service. The call centre executive will provide necessary information with regard to the documents and fee required for the service.”

Apart from the call centre and website, citizens can also avail the services by downloading the ‘Mobile One’ App of the Karnataka government from the Android Play Store or Apple Store. After the service is booked online, a Janasevaka executive will be deployed to the delivery location to collect necessary documents.

“A flat service fee of Rs 115 will be charged by the Sahayaks for each successful application submission. Once the application is processed by the department concerned, the Janasevaka will deliver the certificate/NOC/Permission/Licence etc. to the citizen’s home,” Reddy explained.

The end-to-end process will be based on a One-Time Password (OTP) so that every transaction and service can be conducted without a hitch. Online feedback from citizens about the services rendered will also be taken.

“We are recruiting Janasevaka delivery executives. They are being provided with mobile phones along with other technical assistance and equipment to carry out their responsibilities. We will also ascertain the background of the delivery executive through police verification,” Reddy said.

When will the Janasevaka service start?

Janasevaka services were launched as a pilot project in five Assembly constituencies in Bengaluru city on January 15 this year. The programme was launched in Rajajinagar, Yeshwanthpur, Bommanahalli, Mahadevapura and Dasarahalli constituencies.

Starting November 1, the initiative has been available in all 28 Assembly constituencies in Bengaluru Urban district.

According to Bommai, the Janasevaka services will be extended across the state by January 26 next year.

“Arrangements have been made so that ration is delivered at the doorstep under the Janasevaka scheme. Ours is a pro-people government, which is reaching the doorstep of individuals. People’s faith in democracy strengthens when these essential services directly reach the citizens,” Bommai said.

Janasevaka is modelled after the Delhi government’s doorstep delivery scheme. It was approved by the Karnataka cabinet last year.

The project was introduced as part of a dry run in Dasarahalli Assembly constituency in Bengaluru city last February. It drew positive feedback from citizens, based on which the first phase of the scheme is being launched, officials said. 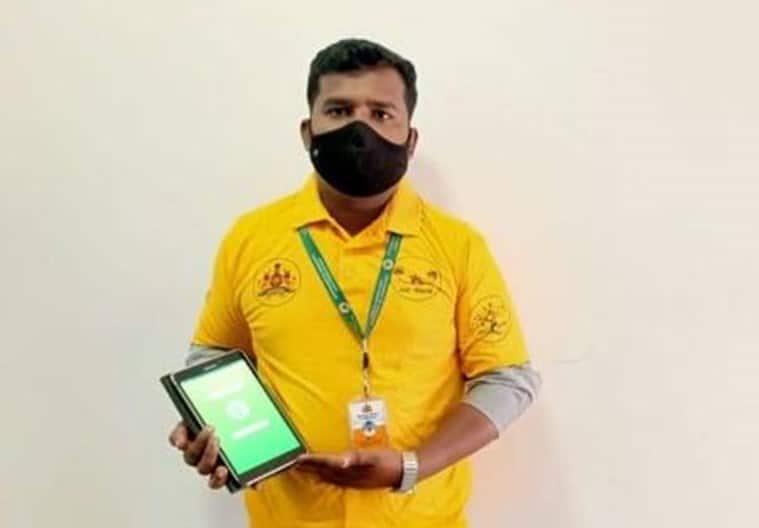 What is the Janaspandana initiative?

Janaspandana is an Integrated Public Grievance Redressal System (IPGRS) through which the government promises a one-stop platform for citizens to raise complaints on any government scheme or service.

Janaspandana is a call centre that helps address various grievances of the citizens. The citizens can call the helpline (1902) and rise complaints on any government scheme or service.

How does Janaspandana work?

It has been modelled after the central government’s Centralized Public Grievance Redressal & Monitoring System (CPGRAMS) which extends 24×7 online support to citizens.

The 1902 helpline number was allotted to Karnataka by the Communications Ministry in April this year. Janaspandana is also available on the web and as an application for Android phones.

Janaspandana subsumes numerous helplines and web portals set up by different departments to hear public grievances in the state. Janaspandana will cover 600 schemes and services of the government.

Each grievance raised by the public is mapped to a specific Last-Mile Functionary of the respective department for that particular scheme or service, and officials will review the issues and solve it within a time frame, said officials. 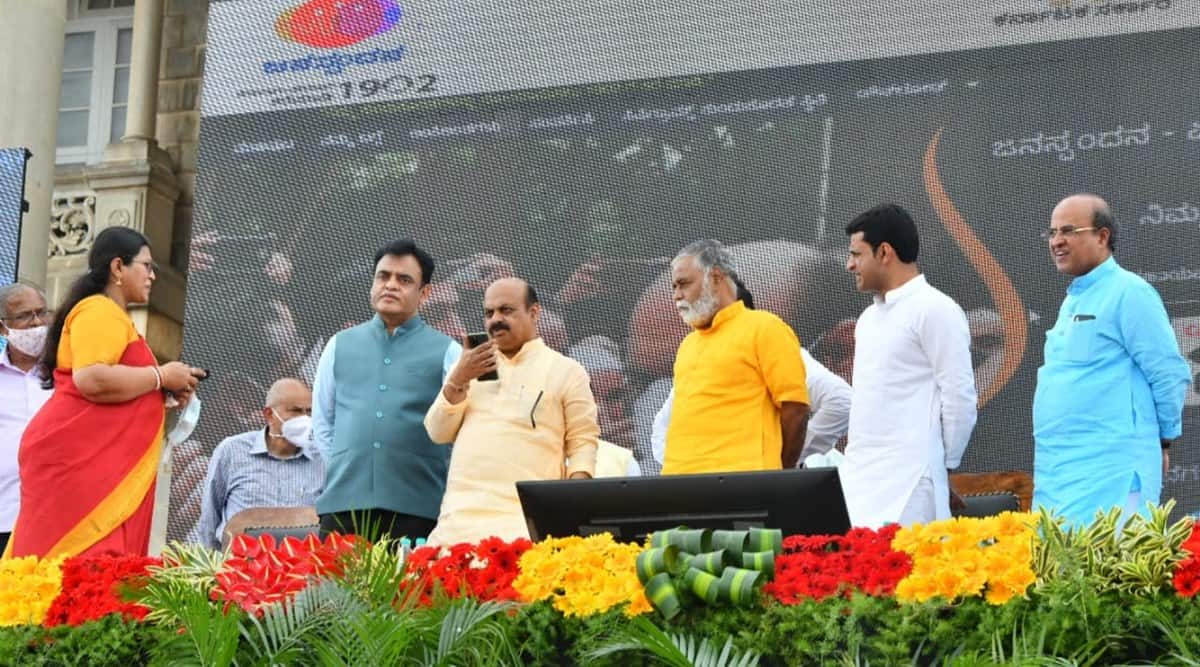 According to officials of the E-Governance Department, they have spent the last two months running the IPGRS on a pilot basis to understand how it responds to grievances raised by citizens.

In the pilot phase, the IPGRS app available on Google Play Store received 1,583 grievances, most of which were related to the Rural Development & Panchayat Raj (RDPR) Department.

The Janaspandana app has a rating of 3.3 out of five on the Google Play store.

From Mumbai, workers fly to Jharkhand on plane rented by NLSIU alumni

Sindhu comes out in support of #metoo movement