Chapter proceedings are preventive actions taken by the police if they fear that a particular person is likely to create trouble and disrupt the peace in society. Here is why they have been initiated against Arnab Goswami. 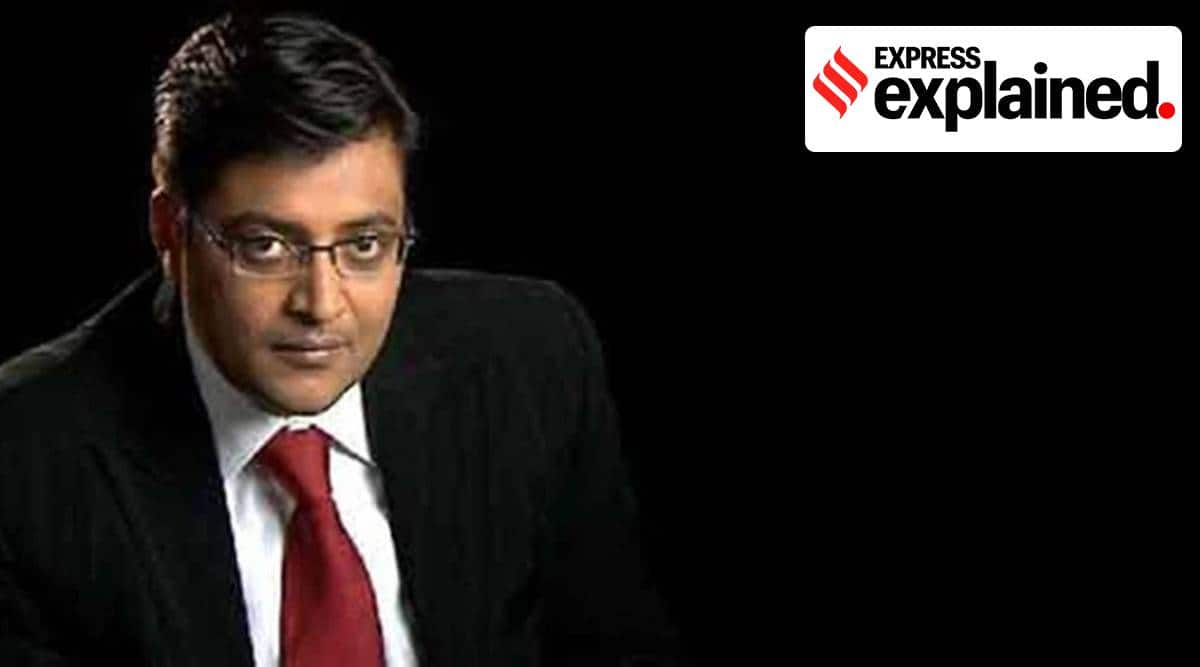 The Mumbai police last week began “chapter proceedings” against Republic Editor-in-Chief Arnab Goswami, who has been summoned Friday evening. What exactly are chapter proceedings and what is the criterion to use it against someone?

What exactly are “chapter proceedings” that have been initiated against Arnab Goswami?

Chapter proceedings are preventive actions taken by the police if they fear that a particular person is likely to create trouble and disrupt the peace in society. These proceedings are unlike punitive action taken in case of an FIR with an intention to punish. Here, the police can issue notices under sections of the Code of Criminal Procedure to ensure that the person is aware that creating nuisance could result in action against him, which includes paying a fine, in the absence of which, he could be put behind bars.

What are the sections using which these notices are served?

Generally a notice is issued to a person under section 111 of the CrPC whereby he is asked to present himself before the Executive Magistrate – an ACP-rank officer in a commissionerate of a deputy collector in rural areas – who has issued the notice.

What is the notice served to Arnab Goswami?

The section states that any person who disseminates information that could lead to ill will among communities and castes should be served this notice. Senior officers, however, said this is used in the rarest of the circumstances. If on Friday, the ACP (Worli division) is not satisfied with the answers given by Arnab, he could be made to sign the bond of good behaviour and asked to pay Rs 10 lakh as fine if he breaks the conditions of the bond.

What grounds have been mentioned by Mumbai police for serving this notice to Arnab Goswami?

In the notice served under section 111, the Mumbai police has referred to the two FIRs that have been registered against Goswami in the city earlier this year. The two FIRs are linked to the content on his news shows on Republic in the aftermath of crowding of migrants outside Bandra railway station and the lynching of sadhus at Palghar.

Also in Explained | What a 2013 study revealed about interfaith marriages

It was alleged that the attempt was to communalise the two incidents, following which FIRs were registered. Eventually in June, the Bombay High Court stayed the FIR against Goswami and directed that no coercive steps be taken against him till the time the petition is disposed of.

Does a person served with the notice have legal options to appeal against the notice?

Yes, on receiving the notice under section 111, a person can appeal the notice before the courts. In fact, in the past, courts have come down strongly against chapter proceedings in some cases. In 2017, while striking down a notice issued to the owner of a bar, the Bombay High Court said that “chapter proceedings cannot be initiated on the basis of an incident of trivial nature”.

What are the chapter proceedings generally used for?

Generally, when an ACP receives information that any person is likely to commit a breach of the peace or disturb public tranquillity or do any wrongful act that may probably occasion a breach of the peace or disturb the public tranquillity and is of opinion that there is sufficient ground for proceeding, he may in the manner hereinafter provided, require such person to show cause why he should not be ordered to execute a bond.

There is no need for even an FIR against a person for issuing a notice under section 107 of the CrPC (security of keeping peace in other cases). In this case the bond is signed for one year. Under section 110, a notice is served to a habitual offender who has a record of FIRs registered against him. In his case, he is asked to sign a bond for three years.

Why are such notices called chapter proceedings? Is it a legal term?

It is not a legal term. According to officers, since all the sections related to preventing of crime fall under a single chapter, it was colloquially called “chapter proceedings” and has since been used to refer to actions of this nature.

Diwali 2018: Use these creative ideas to jazz up your walls and living spaces