India vs England 2nd Test: At the end of the match, Joe Root would admit that he erred tactically. It seemed almost personal. A gripe against what the Indians dished out to James Anderson on the end of Day 3 when Bumrah peppered James Anderson with snorters.

In carrying out the payback, Root lost the plot. Too micro, too much adrenalin, not much sense. To score points in a battle, they lost the war. Perhaps he relaxed after the wicket of Rishabh Pant and thought he could afford to indulge.

Surprisingly, the course correction too didn’t come quickly enough as Root and, by extension, his bowlers, barring Ollie Robinson, went on a mindless bumper barrage. Only 2 per cent of deliveries were full in that lengthy initial period.

At the end of the match, Root would admit that he erred tactically. He also held back Anderson for too long in the morning, enough for Michael Holding to wonder, “Why is Anderson shining the ball for others, instead of bowling?”

The Indians were panicking on the balcony in darkness. Virat Kohli and Rohit Sharma were gesticulating wildly to the Indian batsmen in the middle, Rishabh Pant and Ishant Sharma, to complain to the umpires about bad light.

It was clear that the Indians didn’t want to bat on in fading light in conditions where Moeen Ali was turning the ball sharply and troubling the batsmen. Instead of pressing on, Root made a tactical decision to call stumps by bringing on the seamers and forcing the hands of the umpires.

“One party (within the team) didn’t want to stay, one party wanted to stay,” Moeen Ali would say at the end of the day to Sky Sports. Ishant looked in trouble against Moeen; even Pant didn’t look comfortable. A wicket there might have well extinguished the Indian fight then and there.

In fact, a wicket could have even led to two, as there were enough overs left in the day. An odd big over, even if it had come, was worth the risk, especially when you consider the tripe they bowled on the final day.

It was relatively minor in the scheme of things, but who knows — had the two batted on the next day, the lead could perhaps have been extended to 50.

The decision stands out like a sore thumb because it had no logic. Anderson had been hit on the helmet, a concussion check was carried out, and it was clear that he was barely holding on. It was the last over of the day, and Root played out the first three balls. Then the brain fade came. 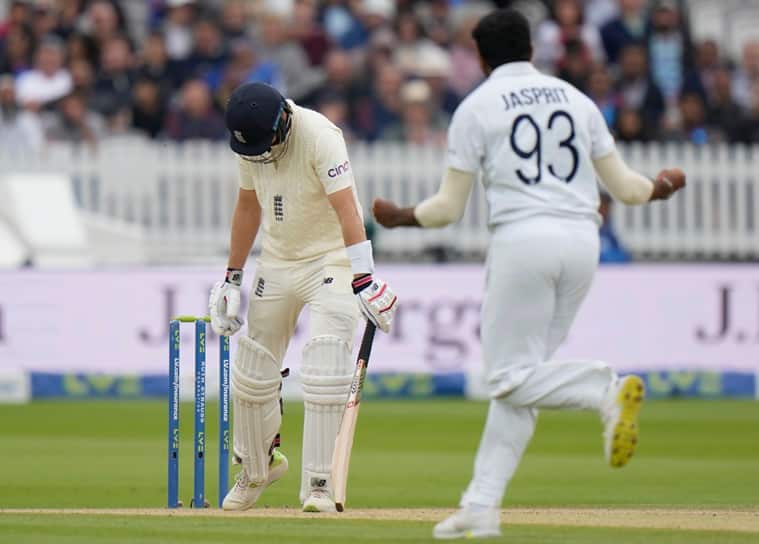 He took a single of the fourth and exposed Anderson. This wasn’t a nightwatchman scenario where it was better for the tailender to take strike. Considering it was the last wicket, it was imperative that Root took the strike to end the day safely.

Only two balls remained but instead, he allowed the Indians to have a crack at an already-beleaguered Anderson. He fell, and the lead was curtailed to 27 when potentially on a fresh day, after some R&R, Anderson might have hung around for a short while to allow Root to stretch the lead more.

Regardless of what might have occurred the next morning, that decision didn’t make much sense.