Vihari's run out was not preventable. Ashwin's hurt more in theory as this wasn't a surprise. And a last chance at a mini-miracle was stubbed out when Bumrah wasn't quick enough to satiate Jadeja's thirst to retain strike. 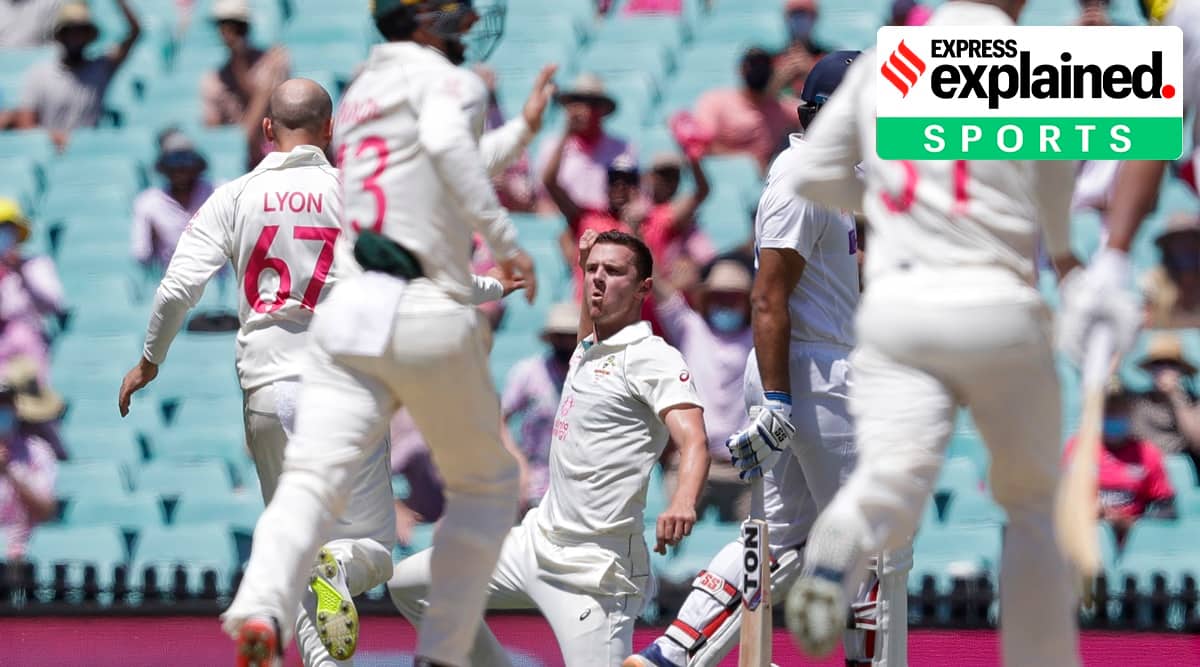 How does one describe the urge that leads to run-outs exactly at the moment when the game is waiting to be seized? Cheteshwar Pujara had dramatically shifted gears at the fall of Ajinkya Rahane’s wicket and India were on the ascendancy when Hanuma Vihari ran himself out. The match and series were on the line on the last specialist batting pair in the middle when R Ashwin was run out, limited by his body which inhibits his trust in the partner’s call. A last chance at a mini-miracle was stubbed out when Jasprit Bumrah wasn’t quick enough to satiate Jadeja’s thirst to retain strike.

Not long after Rahane had left India in a bit of a bother at 116 for 3, Pujara reached 16 from 100 balls and decided to up the tempo before the second new ball was taken. He picked 11 runs off a Nathan Lyon over, with a couple of fours, and also drove Josh Hazlewood to the boundary when Vihari’s brain fade happened. He was on four, that was his 38th ball, the last 13 had just fetched just one run — and perhaps, he wanted to rotate strike over to Pujara who had taken 16 from his last 19 balls. Perhaps, he was tricked into thinking he had momentum as he had gone down the track for the drive. He saw a single in the run-barren desert; it proved to be a mirage. Hazlewood intervened quickly, moving to his right at mid-off, swooped, cupped, and flung the ball immediately even as he fell. It was Vihari who had to dust himself off the arena.

There was a stunning shot from Spidercam: all the Australians maniacally rushing past Vihari, who was dragging himself off, a forlorn figure who perhaps feared he was blowing his career away. Not sure of that, yet, as the management has trust in him and more importantly there is a second innings still left for him to prove, but he certainly had put the game in jeopardy for India.

142 for 4. Still, with Rishabh Pant and Ravindra Jadeja, the two left-handers that Ravi Shastri loves having in his playing XI, things weren’t that dire, yet.

The Ashwin run out

This hurt more in theory as this wasn’t a surprise. Vihari’s run out was not preventable. This was bad. Ashwin knows he isn’t a good runner. Jadeja should know. The world knows for sure. Certainly, the Australians did as they had repeatedly targeted Ashwin on the field, running quick singles.

There was even a warning sign just two overs before the mishap. Jadeja had pushed a Pat Cummins delivery to cover point and wanted a single, even running a short distance. Ashwin sent him back. That should have been a reminder of the state of affairs. It was an uneven combo: Jadeja, one of the quickest cricketers in the world and Ashwin one of the slowest. One extra eager to steal a run, the other happy to relinquish a run. One who likes to run, the other has resigned long ago about his body’s betrayal. “If I could, I would have pulled my soul out and killed this body,” he told Cricbuzz about his injuries last year.

In Jadeja’s mind, it wasn’t even probably too risky a single. He had placed it to the right of Cummins at mid-off. He set off without a doubt; Ashwin certainly had self-doubts if not about his partner’s call. He turned to have a glance at Cummins beginning to move to his right and set off. Without that delay triggered by the doubt, he would have been home. Without that doubt, though, he wouldn’t be Ashwin.

It’s a messy catch-22 situation. Ashwin should have trusted Jadeja’s call and ran but then there was in the episode in the previous over which must have reiterated to him that he can’t be trusted blindly. For, had he run that single, he wouldn’t have made it at his pace. So, this time too, he threw a glance sideways to watch the ball.

Could Jadeja have shown better awareness of Ashwin’s handicap? With that ball, he probably felt there was no need to as trust would have taken Ashwin home. And in the process, Ashwin, who had started off crisply, hitting a couple of fours, fell and India were deflated at 206 for 7.

When the next run out came, to leave them 216 for 9, there was no shock or grimace, just laughter at the tragi-comic state of affairs. This time the error was the start, not in the middle when they turned for the second. Jadeja had to wait to see if the short-leg fielder had stopped it or not before he started to run. The ball had been deflected by Marnus Labuschagne. Jadeja waited, and so did Bumrah who wasn’t sure what Jadeja was going to do. Suddenly, as the ball left Labuschagne’s shadow, Jadeja started to steam ahead. At that point, Bumrah must have known the intent was not only a single but two, and he tried his best to dash across and turn back blind. But the delay at the start, forced by the deflection, and as he waited for Jadeja to make the move meant he was always going to be behind the eight ball, as they say. And from then on, so was India.

Will BTS Be At The 2019 AMAs? Here’s Why The Chances Are Slim

HT Picks: The most interesting books of the week