Weather and environmental experts said a cyclonic circulation over Rajasthan and high temperatures over the past few days in northwest India is contributing to this phenomenon. 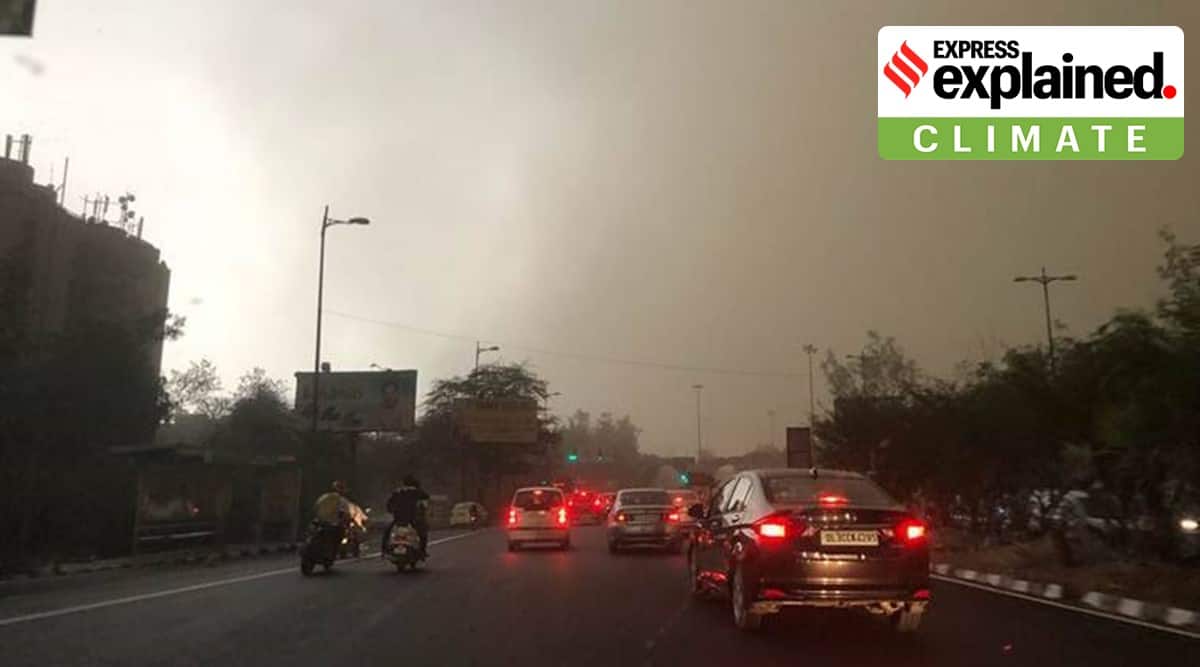 Dust-laden winds swept Delhi on Tuesday, pushing the air quality into the poor category and increasing the concentration of coarse particles in the air.

According to forecasts, strong winds that are carrying dust to Delhi from Rajasthan are expected to continue until Thursday.

Weather and environmental experts said a cyclonic circulation over Rajasthan and high temperatures over the past few days in northwest India is contributing to this phenomenon.

Delhi witnesses long-range transport of dust nearly every year from Rajasthan, and even from Afghanistan, during summer months.

The situation this time has been exacerbated by soaring temperatures, as Delhi recorded a severe heat wave on Monday, with mercury rising to a high of 40.1 degrees Celsius, eight degrees above normal temperature for this time of the year, according to the India Meteorological Department.

The IMD has recorded a wind speed of about 40-50 kmph in Delhi on Tuesday, officials said, which is helping in transport of dust but preventing temperature from rising further.

The concentration of particulate matter of 10 micrometres (PM10) — coarse particles suspended in the air — was 341 micrograms per cubic metre air (µg/m3) as of 5pm, against the 24 hour acceptable limit of 100 µg/m3.

The concentration of PM2.5 — particles that are smaller in size and are released from combustion activities — was about 105 µg/m3, a little higher than the 24 hour acceptable limit of 60 µg/m3.

Experts said the spike in PM10 concentration shows the impact of dust-laden winds on air quality, which, according to the Centre’s Early Warning System for Delhi, is expected to largely remain in poor category for the next five days.

KSPCB to get a chairperson in August