In a new study published in Physics of Fluids, a journal of the American Institute of Physics, IIT Madras researchers have found that a lower breathing frequency — and holding one’s breath — increases the risk of virus-laden droplets reaching the deep lung. 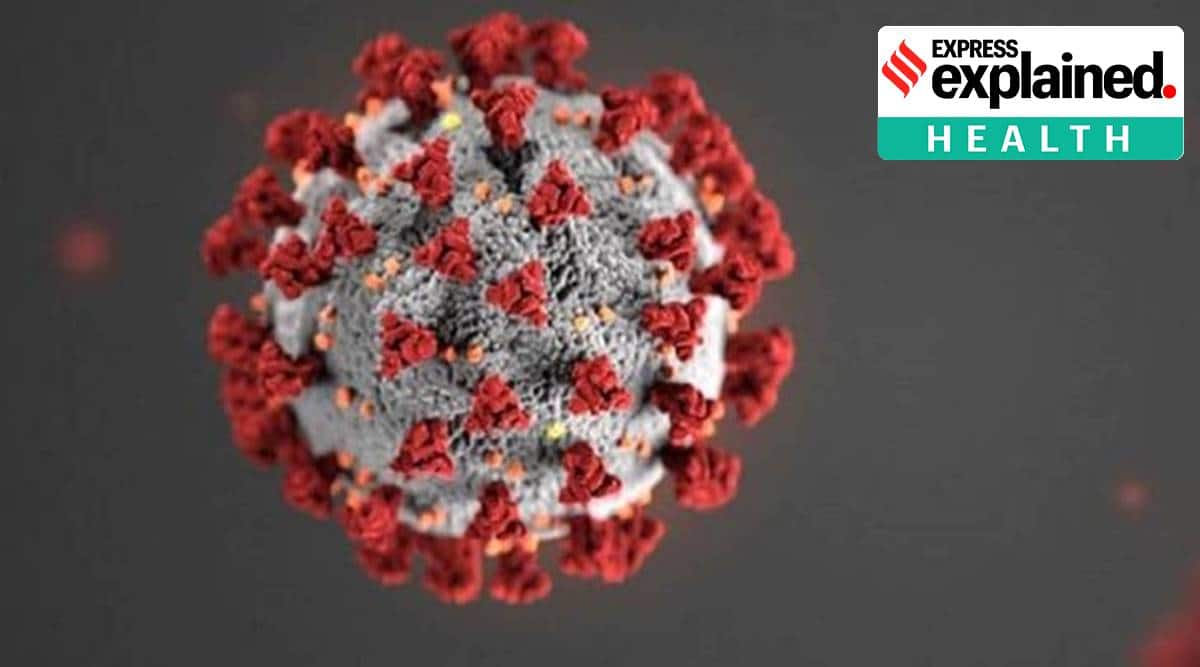 Breathing slow can bring various health benefits — but not as far as airborne transmission of disease is concerned. In a new study published in Physics of Fluids, a journal of the American Institute of Physics, IIT Madras researchers have found that a lower breathing frequency — and holding one’s breath — increases the risk of virus-laden droplets reaching the deep lung.

Our bodies fight off much of the aerosols we inhale before they can deposit themselves in the inner lung, thanks to the complex geometry of the extrathoracic region and the lungs. Part of the aerosols are flushed out in the form of mucus, while those that cross the nasal passage would still have to navigate the complex branching structure that define the lung.

The study looked at the dynamics of micrometre-sized droplets through such micro-channels, mimicking the lung environment. “Transport of material — particles or gases — in the deep lung (as we approach the acinus or blood barrier) is purely diffusive. This diffusive nature ensures that gases are able to diffuse much faster than particles. This is part of the body’s own protection against aerosol particles reaching the blood,” said Mahesh Panchagnula, professor of applied mechanics at IIT Madras.

“Since different individuals are likely to have differing lung morphometry (dimensions associated with bronchioles), their inherent protection is likely to be different,” he told The Indian Express. Prof Panchagnula and colleagues have done previous work highlighting the variability in aerosol uptake from individual to individual — a possible reason why some people are more susceptible to airborne diseases than others. As a proxy for the airways in the lung called bronchioles, the researchers used microcapillaries of diameter ranging from 0.3 to 2 mm. A syringe pump simulated breathing in these microcapillaries. Generated from water mixed with fluorescent particles, the aerosols could be tracked as they moved and deposited in the capillaries. After measuring the deposition of aerosols, the researchers characterised the quantity of aerosol that would be deposited in a bronchiole as a function of its dimensions.

The experiments showed that low breathing frequency — the number of breaths per minute —increases the time the virus stays inside, and therefore increases the chances of deposition and consequently infection.

The research found a correlation between deposition and the aspect ratio of the capillaries, suggesting that droplets are likely to deposit in longer bronchioles.

Diffusion and impaction are two of the three mechanisms by which aerosols are deposited in various regions of the lung, the third being sedimentation (under the effect of gravity). Impaction happens when the droplets are moving so fast that they do not faithfully follow the air, and instead “impact” the walls of the bronchi. “Diffusion is an effect where the tiny droplets are transported towards the walls of bronchioles by ‘random walk’. This is aided by the fluctuations in the air causing droplets to move towards bronchiole walls,” Professor Panchagnula said.

Turbulence — which the study associated with deposition by impaction — is the primary mode of deposition in the upper bronchi where the air velocity is high. But once the air reaches the deep lung, it is slowed down significantly, resulting in gas transport aided by diffusion primarily, Professor Panchagnula said.

In Chandigarh, 65-year-old man arrested for sexually harassing his granddaughter