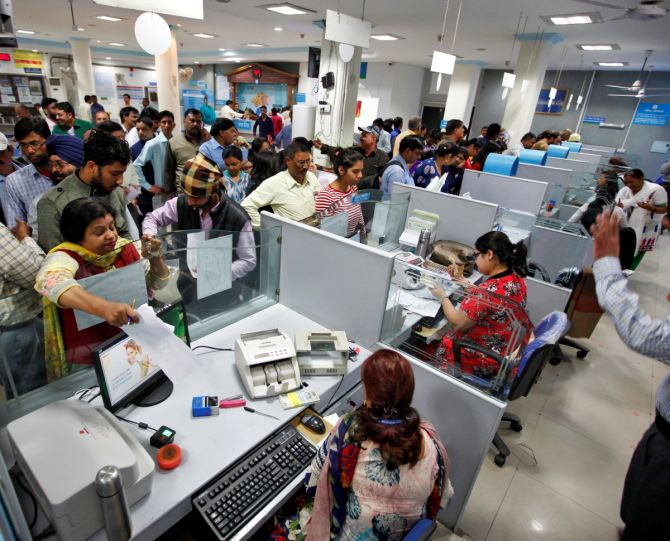 It may limit the buffers of Indian banks to absorb potential future losses.

Bank credit expanded by 11.5 per cent in FY22. Full-year loan growth for FY23 will represent a modest slowdown from the 17 per cent YoY pace in H1FY23.

The normalisation of economic activity after the Covid-19 pandemic, and high nominal GDP growth will drive credit offtake.

However, most banks do not factor in quarterly profits as part of their capital calculation, Fitch said in a statement.

In a baseline case, CET1 ratios will fall only modestly, and remain around 13 per cent levels until FY24, as banks step up efforts to raise external capital.

State-owned banks have lower loss-absorption capacity, with their CET1 ratios significantly lower than those of private banks.

Their capacity could be eroded further if rapid loan growth isn’t matched with fund-raising.

Indian banks generally remain open to raising additional capital in order to fund growth, despite the rise in rates.

Private banks are generally better than state-owned banks at capital planning, although moves to raise fresh equity are likely to be opportunistic and incremental.

This should reduce the risk that they create capital market stress.

The system non-performing loan ratio fell to 5.1 per cent in H1FY23 on the back of lower fresh bad loans and loan growth.

“We expect credit costs to remain around these levels in FY23 as a whole before rising to 1.5% in FY24 with the gradual unwinding of regulatory forbearance on loans affected during the pandemic,” the agency added.

Social media an effective tool for women in distress

Airbus to scrap production of A380 superjumbo