Emilia Clarke, 33, rose to fame as one of the few in line to the Iron Throne on HBO’s popular Game of Thrones franchise. On Monday night, she attended the 2019 British Fashion Awards at London’s Royal Albert Hall where she posed alongside co-star, Nathalie Emmanuel.

Game of Thrones fans will know that her character donned many a flowing sleeve and cape gown, and this seemed a very fitting dress for both her rater-ego and present day Emilia.

Keen to live up to the prestigious awards ceremony’s name, she wore the statement dress that featured a bandeau top and sweetheart neckline, which featured a cut-out around her midriff.

She paired the eye-catching outfit with matching sandal heels, and a faux fur cloak that she was covered with when walking to and from various photo locations. 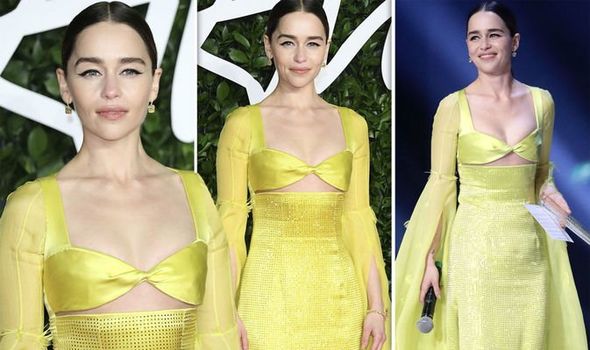 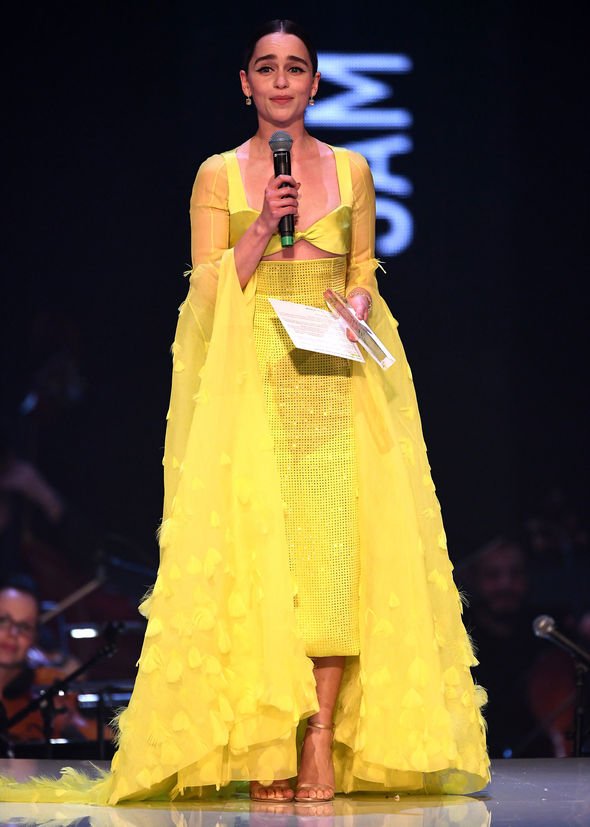 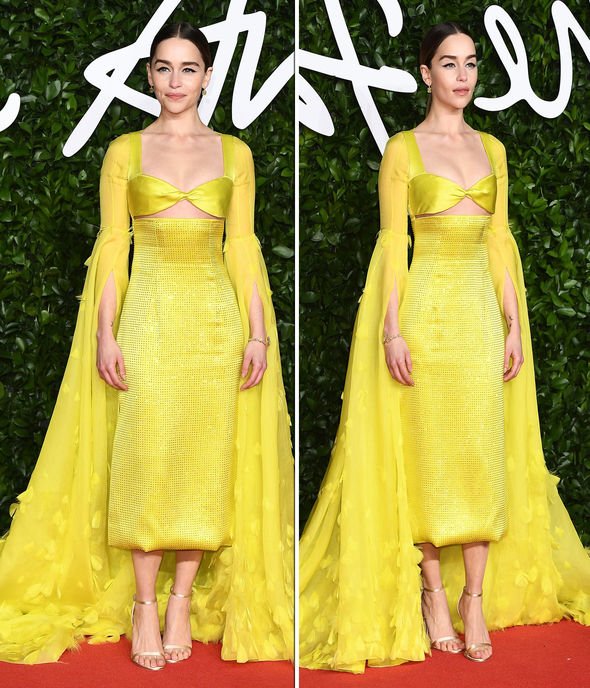 She battled the baltic British weather as she posed patiently on the red carpet, while temperates dipped as low as two degrees.

Her brunette locks were swept up into a low ponytail, accentuating her classy winged liner and pink lip.

She added a pair of elegant gold earrings to finish off her radiant look.

Her co-star Nathalie, also opted for a sequinned dress, which featured an oversized bow on the back. 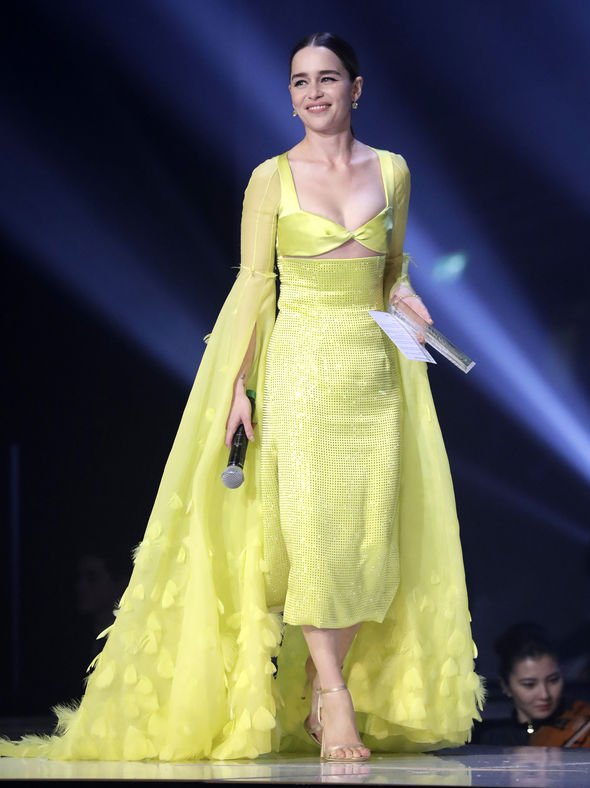 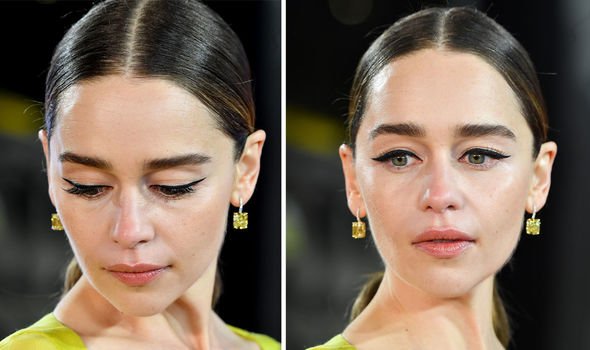 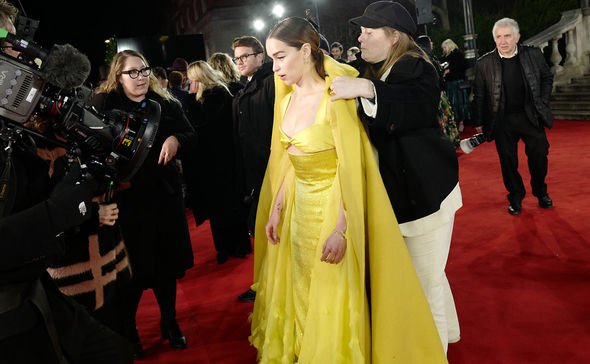 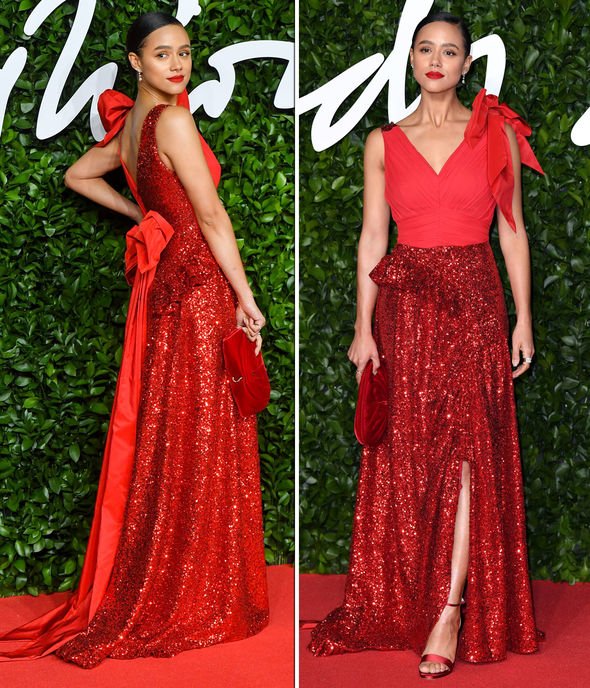 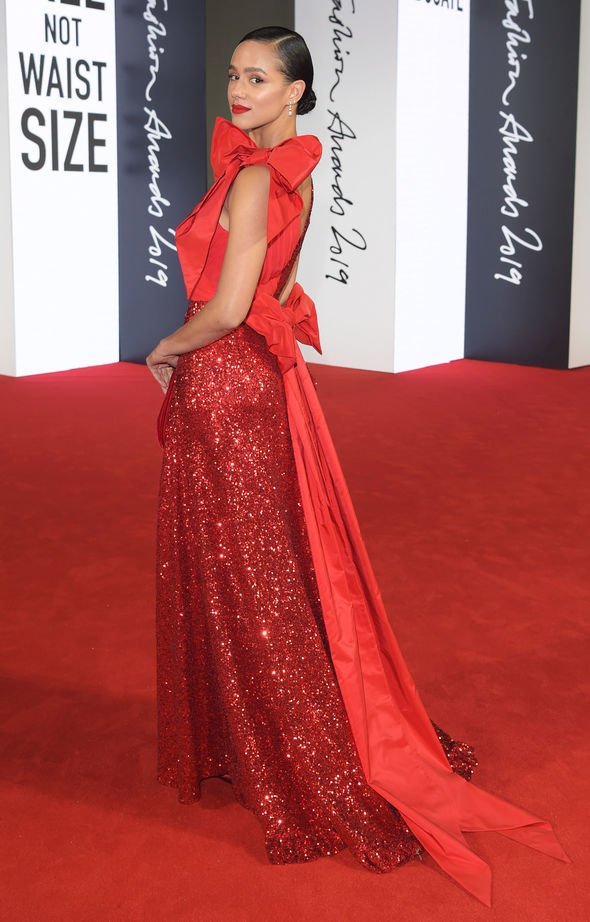 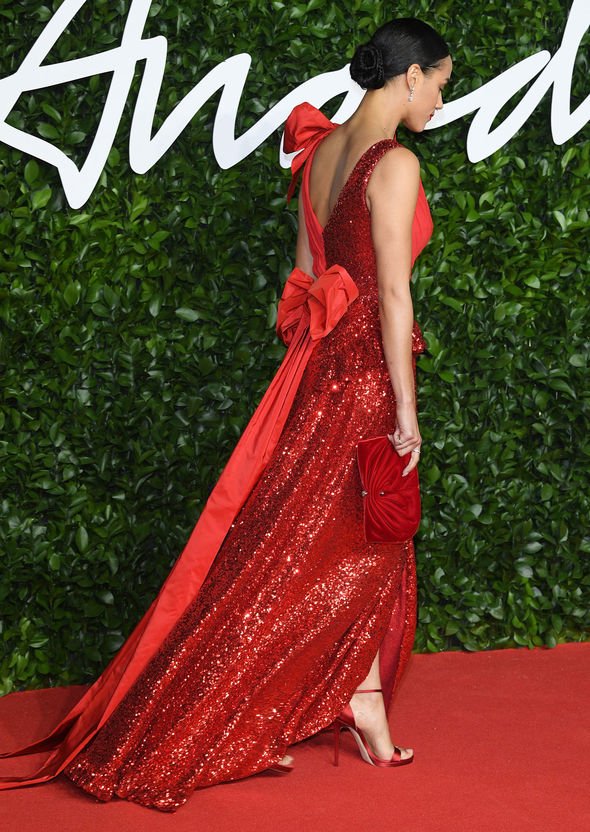 Her naturally-curly tresses were styled into a sleek bun.

One said: “Emilia Clarke is one of the Best Looks From The 2019 British Fashion Awards.”

Another cheered: “Know a Queen!” Referencing the HBO franchise.

Someone else quipped: “Queen Emilia Clarke at it again.”

“This is such a LOOK,” a sixth gushed.

It’s safe to say, fans were impressed by her debut.

Emilia recently attended the premiere of her new film Last Christmas, that hit cinema’s last month, just in time for the festive period.

The actress spoke candidly about the film having late singing legend George Michael’s blessing, as the film is named after his most famous Christmas song.

The actress discussed her meeting with George when she met him two years before his tragic death on Christmas day: “He was so nice to meet. We’re both North Londoners you see.

“And he was very unexpected and very touching. Very sort of humble and so pleased. He was so pleased that we were writing a film based on his song.”

Taylor Swift Rang in the New Year by Hosting a Star-Studded Costume Party — See the Photos!