In July 2022, the Supreme Court upheld various provisions of the Prevention of Money Laundering Act (PMLA).

In August 2022, following a review petition, the court decided to prima facie review the two matters: Addressing the presumption of guilt on the accused, and the availability of an enforcement case information report (ECIR, equivalent to a first information report).

The petition pointed out that if the accused is not given access to the ECIR, it becomes difficult to present evidence to show their innocence.

According to the Enforcement Directorate data on PMLA, 5,422 cases are under investigation, 400 have been arrested and 25 convicted until March 31, 2022.

The ED said it is true that a large number of the cases are at various stages of trial and that the pendency of a trial proceeding in a large number of cases is due to multiple litigations invoked by the accused or suspects.

‘… of the 32 cases where trial have been completed, (the) accused were convicted for (the) offence of money laundering in 31 cases by the courts,’ it said. ‘In other words, (the) conviction rate by ED is about 97 per cent.’ 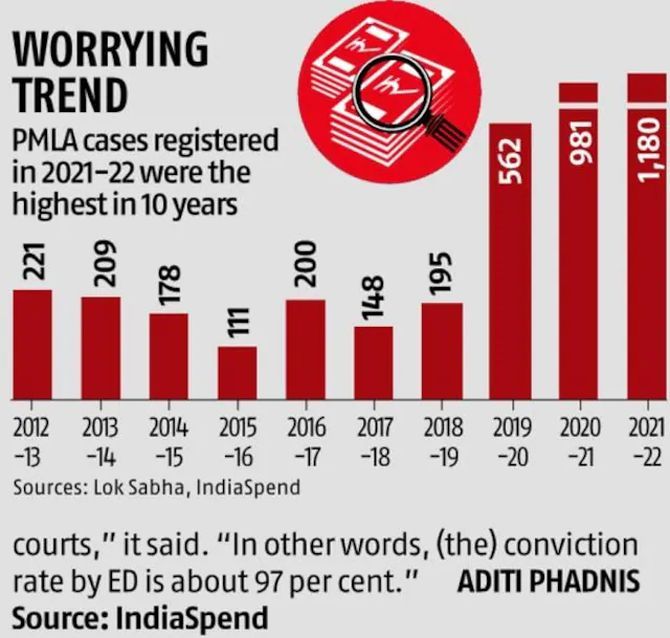 Two who flayed Centre on lockdown get bail

Encounter breaks out between security forces, militants in Srinagar