The Dow Jones Industrial Average sank more than 1,800 points and the S&P 500 dropped 5.9%, its worst day since mid-March, when stocks had a number of harrowing falls as the virus lockdowns began. 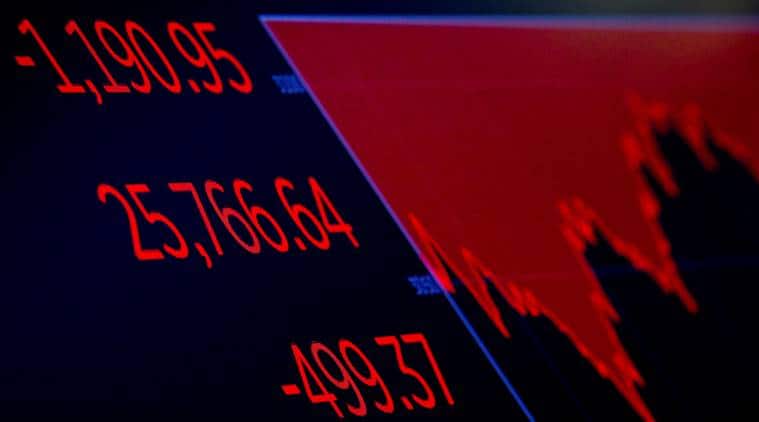 Stocks fell sharply on Wall Street Thursday as coronavirus cases in the US increased again, deflating recent optimism that the economy could recover quickly from its worst crisis in decades.

The Dow Jones Industrial Average sank more than 1,800 points and the S&P 500 dropped 5.9%, its worst day since mid-March, when stocks had a number of harrowing falls as the virus lockdowns began.

Many market watchers have been saying that a scorching comeback in the market since late March was overdone and didn’t reflect the dire state of the economy. The S&P 500 rallied 44.5% between late March and Monday.

The selling comes as coronavirus cases rise in the US, with some of the increase likely tied to the reopening of businesses and the lifting of stay-at-home orders. Cases are rising in nearly half the states, according to an Associated Press analysis, a worrying trend that could intensify as people return to work and venture out during the summer.

Investor optimism for a speedy recovery in the economy was also dimmed by the Federal Reserve, which warned Wednesday that the road to recovery from the worst downturn in decades would be long and vowed to keep rates low for the foreseeable future.

Those factors, along with the recent run-up in stock prices, set the stage for the wave of selling Thursday, said Sal Bruno, chief investment officer at IndexIQ.

Small company stocks continued to bear the brunt of the selling, a signal that investors are becoming more pessimistic about a broad recovery in the economy. The Russell 2000 index fell 111.17 points, or 7.6%, to 1,356.22. European and Asian markets also fell.

Bond yields fell sharply, a sign of increasing caution among investors. The price of oil also dropped 8.2% as investors again worried that a slumping economy would need less energy.

Nearly all of the companies in the S&P 500 closed lower. Technology, financial, industrial and health care stocks accounted for a big slice of the market’s broad slide. Energy stocks were the biggest losers as crude oil prices fell sharply. Bond yields fell and the price of gold surged 1.1% as worried investors shifted money into the traditional safe-haven assets.

Emergency rescue efforts by the Fed and Congress helped arrest the market’s staggering 34% skid in February and March. Since then, the market had been riding a wave of investor optimism that the economy will bounce back by the end of the year, if not sooner, as businesses reopen and people go back to work. But confidence in that scenario is waning as infections and fatalities continue to climb in the US and elsewhere.

Not surprisingly, a lack of preventative behavior has led to a resurgence in COVID-19 cases around the country and the stock market is having another gut check, said Chris Zaccarelli, chief investment officer for Independent Advisor Alliance.

Investors are still waiting for more data to see whether the spike in COVID-19 cases are a sign of a possible second wave of the infection, said Charlie Ripley, senior investment strategist for Allianz Investment Management.

The Azamgarh Mahotsav: In harmony with nature