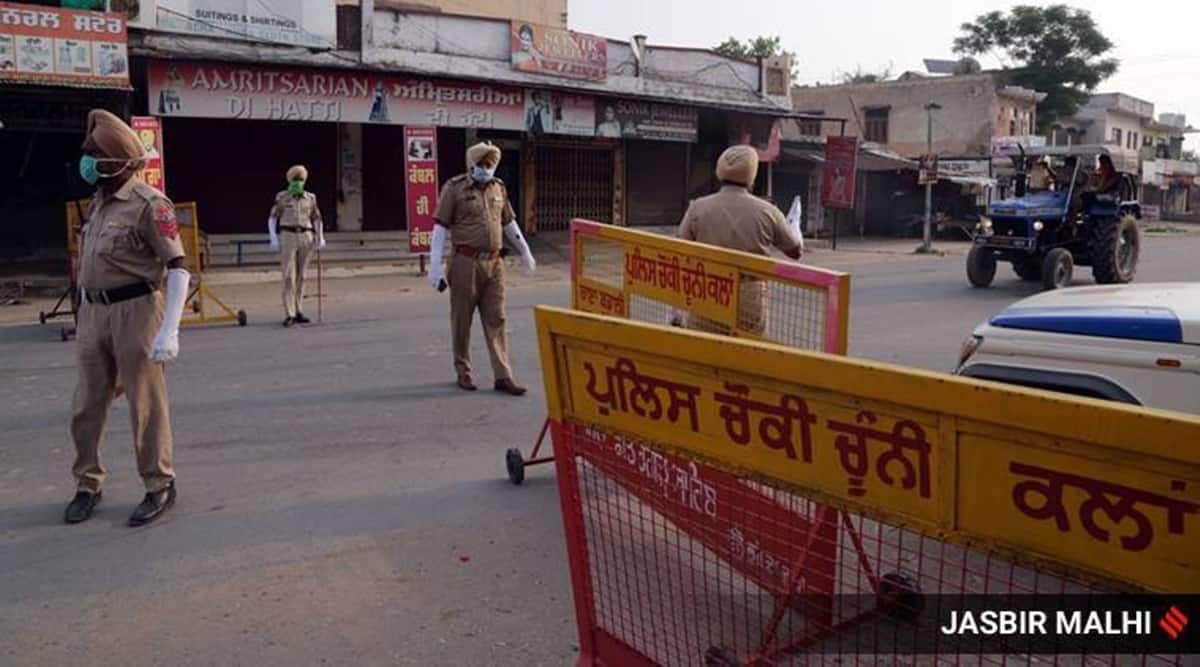 Amid growing concern over incidents of around 2,000 cellphone towers of Reliance Jio Infocomm being vandalised, allegedly by protesting farmer groups, the state police have fanned out across the affected districts to restore power supply to these towers.

While the CM said “only 4-5 cases of vandalisation have come to light in the past 24 hours”, sources said the government has taken serious note of the incidents. “There is a lot of disquiet in the government over this disruption, particularly in light of the continued stalemate between the Centre and the protesting farmers. No one in the state wants the situation to get out of hand,” said a senior official.

Though company sources said that apart from around 2,000 towers, several base transceiver stations and fibre optic cables in the state have also been vandalised, senior police officers maintained that in most cases there was little damage to the towers, with the vandals, allegedly local youth supported by gram panchayat members, only targeting power supply lines to the towers.

District police chiefs have set up patrolling parties to guard the towers and say their immediate concern is to restore the functioning of these towers. In most of the districts, police claimed to have restored the functioning of 80 per cent of the affected towers.

Police are yet to register any FIR in these cases despite videos and photographs showing youngsters climbing up the towers.

Most of the affected towers are in 10 districts of the state — Bathinda, Mansa, Nawanshar, Tarn Taran, Jalandhar, Batala, Kapurthala, Amritsar, Hoshiarpur, and Ferozepur.

Bhupinderjit Virk, Senior Superintendent of Police of Bathinda, where power supply to 60 towers were snapped, said no FIR has been registered as only electricity lines were cut. “There was no damage reported (to the towers). Hence, we have not lodged any FIR. Power supply to 29 out of 60 towers has been restored, and our teams are counselling villagers against indulging in such acts.’’

Viveksheel Soni, SSP of Sangrur, too said no FIR had been lodged since there was no damage to infrastructure. “Only power supply had been snapped to more than 70 mobile towers and by Tuesday afternoon, 49 were up,” he said, adding, “Jio did not give us in writing any specific reason why their towers were down.”

Sources said that on Tuesday, senior Jio executives met senior government and police officials in the state to seek protection for the tower sites as well as other telecom infrastructure.

“Some of our executives on the ground were forced to go back when they went to repair the vandalised mobile tower sites. We have apprised the officials of the situation and sought protection since telecom comes under essential services,” said one of the persons who attended the meeting, adding that they hoped the situation would be brought under control by Wednesday or Thursday.

With power supply to Jio’s cell towers disrupted, the immediate impact is likely to be felt on voice calls originating from and landing on the telco’s network. The company uses VoLTE or Voice over Long Term Evolution technology, which effectively means that even the voice calls are treated like all other data packets going in and out of the mobile phones. But with about 1,800 towers (of the total 9,000 towers that the company has in the state) vandalised, the quality of these calls and internet data speeds for 4G is likely to be hit temporarily.

Company executives said their bigger concern was the damage to optic fibre cables. “In such cases, the optic fibre cables have to be replaced entirely because they can seldom be repaired. This could have a long-term impact on connectivity in the state,” a senior executive said.

Meanwhile, farmer leaders, while appealing to their workers not to damage any property, have said they won’t tolerate any case of vandalism being registered against them.

Buta Singh Burjgill, president of Bharatiya Kisan Union (Dakaunda faction), said, “I repeat yet again, our focus should only be on boycotting Jio SIMs. Don’t resort to any violent means, don’t even snap power. However, if police lodge an FIR, we will support our villagers.’’

Shingaara Singh, vice-president BKU (Ugrahan), maintained their struggle was peaceful. “We are educating people in villages, telling them that snapping electricity wires or causing damage to towers does not benefit anyone as people are dependent on the internet. Now the power supply to many towers is being restored and villagers are not objecting.”

Nirmala Sitharaman hits out at Hollande over Rafale

Sara Ali Khan is asked about her crush comment, says ‘I promise we would get over this Kartik Aaryan thing’