The most widely accepted boundary of space is known as the Kármán line, 100km above mean sea level. But the United States uses 80km as the cutoff point. 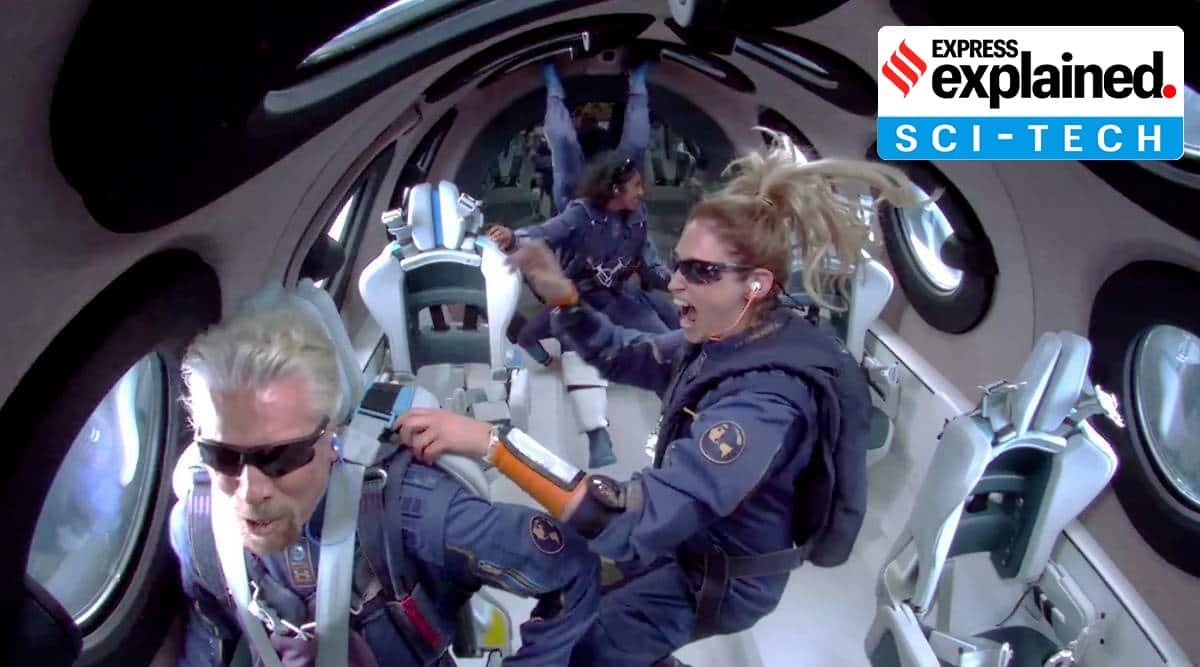 On July 11, British businessman Richard Branson beat rival Jeff Bezos to reach the edge of space, giving space tourism an official kickstart. But experts and space enthusiasts are in doubt whether the height to which he travelled can be termed ‘space’.

The most widely accepted boundary of space is known as the Kármán line, 100km above mean sea level. But the United States uses 80km as the cutoff point. Branson’s Virgin Galactic flight reached a height of 86km while Jeff Bezos’ Blue Origin flight is expected to go about 106km high.

The Kármán line has been compared to international waters, as there are no national boundaries and human laws in force beyond the line. It was named after aerospace pioneer Theodore von Kármán, who wrote in his autobiography: “This is certainly a physical boundary, where aerodynamics stops and astronautics begins…Below this line, space belongs to each country. Above this level, there would be free space.”

Why do we need a Kármán line?

The 1967 Outer Space Treaty says that space should be accessible to all countries and can be freely and scientifically investigated. Defining a legal boundary of what and where space is can help avoid disputes and keep track of space activities and human space travel.

Some countries, including the United States, believe that defining or delimiting outer space is not necessary. At a United Nations meeting in Vienna in 2001, the US delegation said: “No legal or practical problems have arisen in the absence of such a definition…The lack of a definition or delimitation of outer space has not impeded the development of activities in either sphere.”

On the other hand, Thomas Gangale, an expert on space law, told The Verge that now is the time to define what space truly is, because more and more commercial companies have plans to go to space. “In the long-term, as we see more commercial operations in those altitudes, especially getting up into orbit and coming back, these private companies are going to want the legal certainty that would be provided by having a set altitude or limit,” said Gangale.

So where is space?

It has been tricky understanding where our atmosphere ends and what should be called space. American astrophysicist and science communicator Neil deGrasse Tyson told CNN’s GPS show that he does not believe Branson’s flight can be termed as space travel, and that NASA was able to perform a similar sub-orbital flight about 60 years ago.

In 2009, researchers from the University of Calgary measured the winds of Earth’s atmosphere and the flow of charged particles in space and wrote that the edge of space begins at 118km above sea level.

Jonathan C McDowell from Harvard-Smithsonian Center for Astrophysics published a paper in 2018, revisiting the proposed definitions of the boundary between the Earth’s atmosphere and outer space. He noted that the Kármán line or “boundary was chosen as a nice round figure”, but it needs more studies from “a physical point of view”. Dr McDowell studied the different layers of the atmosphere and proposed that 80 km was a more appropriate boundary.

Layers of the atmosphere

The Earth’s atmosphere has been divided into various layers, with the troposphere starting at the Earth’s surface and extending about 14.5 km high, stratosphere extending to 50 km, mesosphere to 85 km, thermosphere to 600 kilometers and exosphere to 10,000 km.

Dr McDowell noted that the chemical composition of the atmosphere was largely constant up to the mesopause, or the boundary between the mesosphere and the thermosphere.

“From a physical point of view, it is therefore reasonable to think of the atmosphere proper as including the troposphere and stratosphere and (with some qualification) the mesosphere, and identifying the thermosphere and exosphere with the common idea of ‘outer space’,” added the paper.

Can Branson be called an astronaut?

Terry Virts, a former commander of the International Space Station who has spent more than 213 days in orbit, in an interview to National Geographic said there’s a big difference between riding along on a five-minute suborbital flight and performing a six-month orbital mission, but when it comes down to it, folks on both types of trips have earned the “astronaut” title.

NASA astronaut Mike Massimino, who helped repair the Hubble Space Telescope, told National Geographic that there is an important distinction between being selected as a NASA astronaut — “the training, the struggle, the rejections, all of that” — and being a paying customer. But he is also completely on board with space tourists earning the title.

Why, after 40 years, I still miss the sea

‘While we told Dingko Singh about opponent’s style, he’d only tell us ‘Sahib, main karega”