Sovan Chatterjee, the former Mayor of Kolkata, decided to put in his papers after he was denied a ticket from Behala East constituency which he used to represent as a Trinamool Congress MLA. 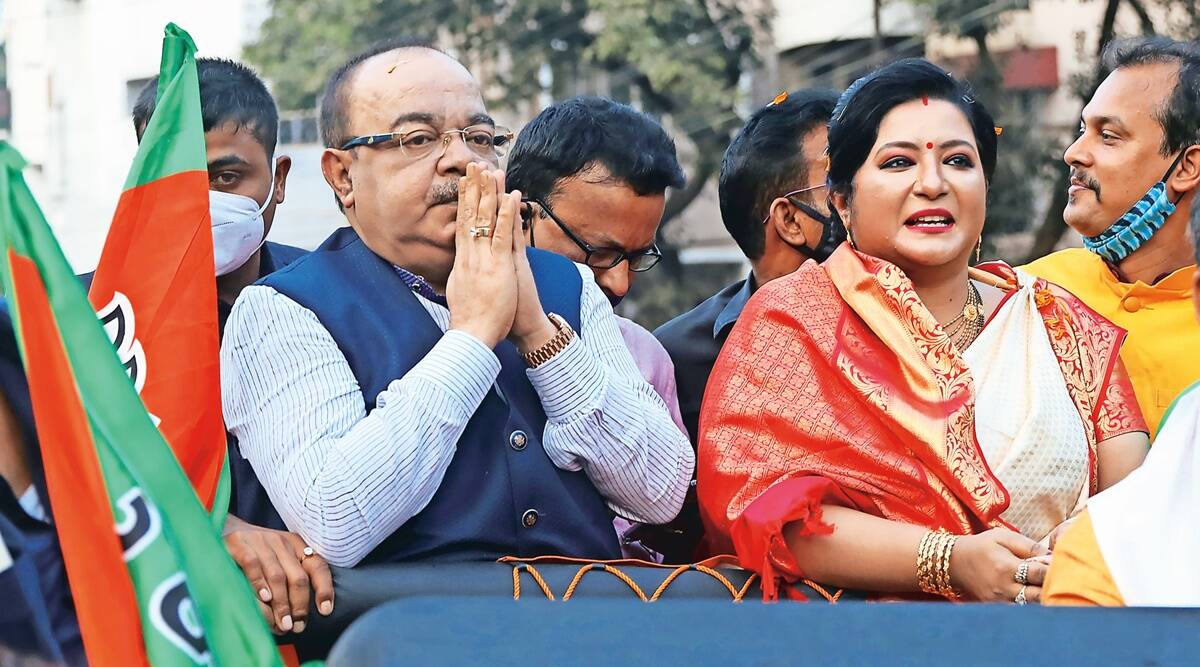 Hours after the BJP released its list of candidates for the West Bengal Assembly polls, many leaders expressed their disappointment over the selection of candidates, while in some places, party workers also staged protests.

Former TMC minister, who later joined the BJP, Sovan Chatterjee and his close associate Baishakhi Banerjee decided to quit the party after the former Kolkata Mayor was denied a ticket from Behala East constituency which he represented as a TMC MLA. It was learnt that Chatterjee has written a letter to West Bengal BJP president Dilip Ghosh saying that they no longer wish to remain in the party. Chatterjee also wrote that he was disappointed after his close associate was not considered as a party candidate as well.

Baishakhi Banerjee wrote on Facebook that she felt “humiliated” and asserted that “conspiracies and treachery” won’t last long.

Meanwhile, BJP’s Alipurduar district president Ganga Prasad Sharma, too, protested against party candidates Ashok Lahiri and Bishal Lama saying that the district leadership was not consulted before taking the decision. “We were completely in dark about these candidates. We do not approve of them. The party should have taken our opinions before selecting candidates,” Sharma added.

Former Hooghly district BJP president Subir Nag also took to Facebook to voice his feelings, saying he felt “betrayed”. Sources said he was not happy after party MP Locket Chatterjee was made the candidate from Chuchura. “Today, I feel the party no longer requires my service. Therefore, I have decided to stay away from politics,” Nag added.

Meanwhile, party workers staged a protest in Singur after four-time TMC MLA and face of Singur movement Rabindranath Bhattacharya, who joined the BJP last week, was given a ticket.

Reacting to the protests, state BJP general secretary Sayantan Basu said, “The party cannot give tickets to everyone. Someone may not have got it. The expression of anger is understandable, but we will hold talks with them to sort out their issues.”

Minutes after his name was announced from the Howrah Dakshin seat, Rantidev Sengupta refused to contest the elections. However, after a talk with party leadership, he changed his mind.

Explained: Why are toxic propaganda posts shared on social media so widely?

Pak will no longer seek talks with India: Imran Khan

Schools in Karnataka to open only after discussion with experts: Education Minister Suresh Kumar