The judgment came on a PIL, which questioned the closure of the Angawadi centres. 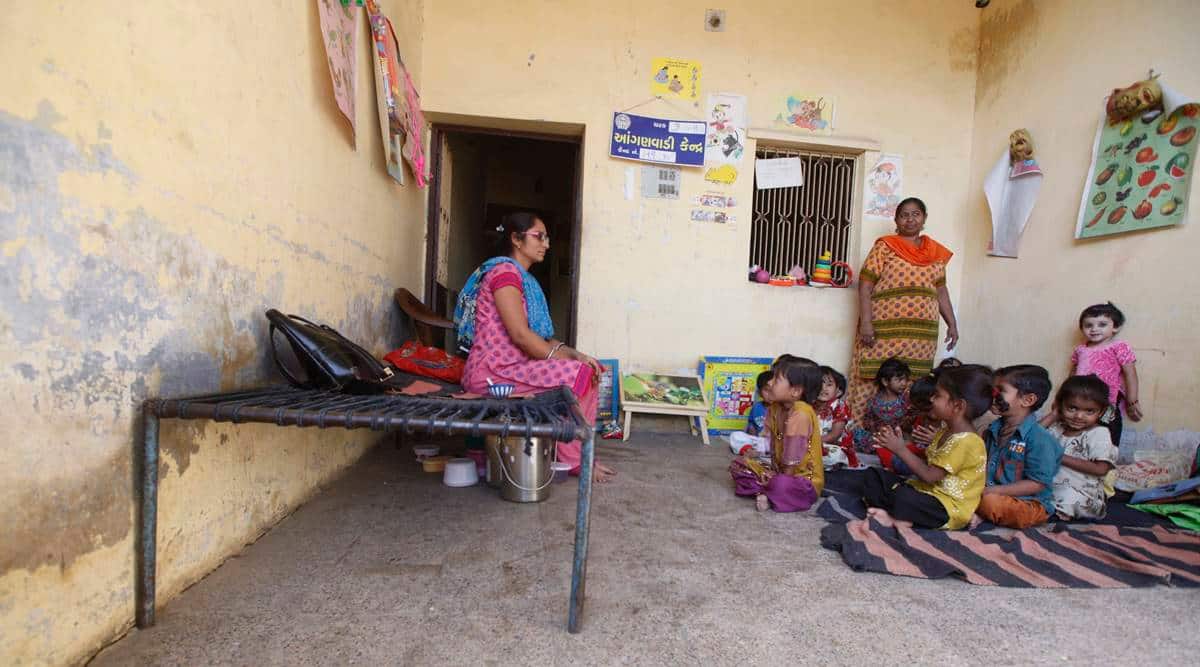 THE SUPREME COURT on Wednesday asked states and Union Territories who have not yet reopened Anganwadi Centres, which were shut due to Covid-19 pandemic, to take a decision to open those centres situated outside containment zones on or before January 31.

A bench of Justices Ashok Bhushan, R Subhash Reddy and M R Shah noted that the Union Ministry for Women and Child Development had by its guidance note dated November 11, 2020 “permitted all the States and Union Territories to open Anganwadi Centres” and that it is was now “the obligation of the States/Union Territories to take decision for opening” them.

Any decision for not opening the centres shall be taken only after the State Disaster Management Authority directs so, it said, adding that “Anganwadi centres situated in the containment zone shall not be opened till the containment continues”.

The court said that “it is for the State to secure health to its citizens as its primary duty” and that “no doubt, the government is rendering this obligation through various schemes, such as, opening of Aanganwadis, providing nutritious food through Aanganwadis, Mid-day Meal Scheme, etc., but in order to make it meaningful, it has to be within the reach of its people, as far as possible, and the government must supply the nutritious food in the real sense bearing in mind the provisions of National Food Security Act”.

The court said that after the November 11 note, some states like Punjab and Rajasthan reopened their Aanganwadi centres, while Arunachal Pradesh decided to open in phases and Assam said that it will reopen when permitted by the Centre, going by the impression that the central government has not sanctioned it.

The states in their affidavits also pointed to the “Take Home Ration” being provided to the beneficiaries.

On Gujarat providing eight 500 gm packets of ‘Balshakti’ to children under six years to match nutritional requirements and 1 kg ready-to-eat nutritional traditional sweet (Sukhadi) per week in lieu of hot cooked meals to three to six years’ children, the court said it is “of the view that the State ought to have included certain cereals” also in the Take Home Ration.

The judgment came on a PIL, which questioned the closure of the Angawadi centres.

“It is now statutory obligation of the Centre and the States to provide for nutritional support to the pregnant women and lactating mothers, nutritional support to children and to take steps to identify and provide meals for children who suffer from malnutrition. Government has a constitutional obligation to preserve human life. Good health of its citizens is its primary duty. International covenants also aim at highest attainable standards of physical and mental health. This is in interest of social justice,” the court said.

Now, Haryana farmers gear up for protest in front of CM’s Karnal residence on Nov 9

How to watch American Horror Story season 8 FREE – and what time is it on TV?