As many as 40 companies of security forces, including 10 companies of the Central Armed Police Forces (CAPF), have been deployed in the town, and internet services have been suspended from Monday afternoon to Tuesday night. 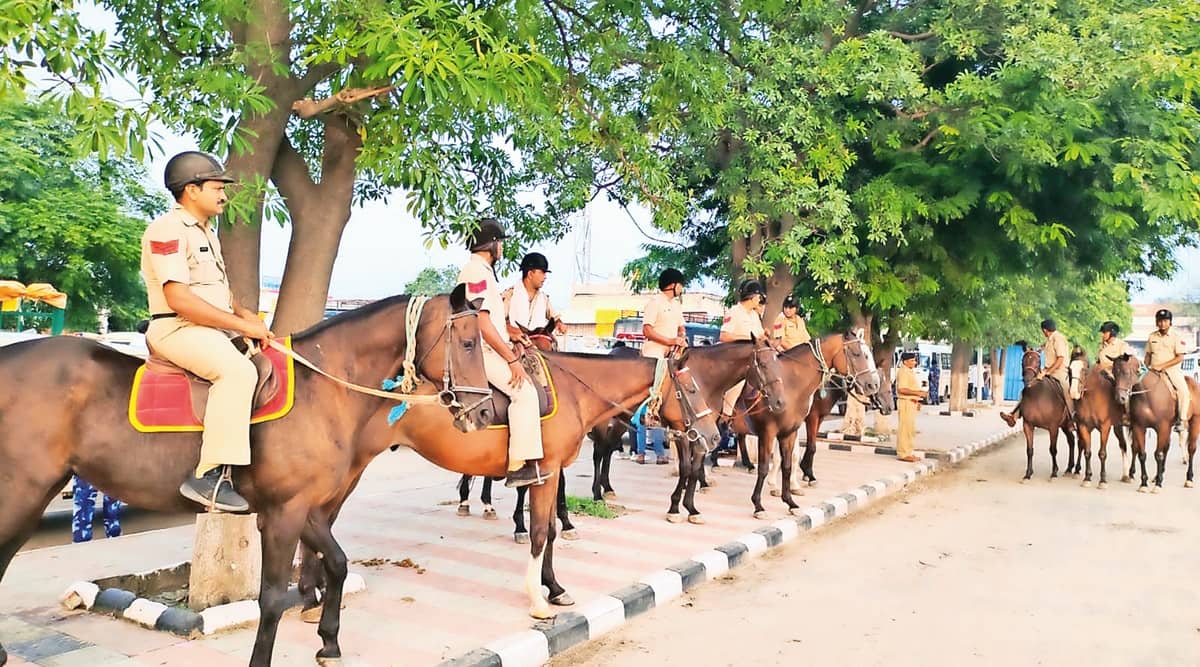 A day after the Muzaffarnagar mahapanchayat, where farmers protesting against the three farm laws gave a call to campaign against the BJP, the action has shifted to Karnal, the home town of Haryana Chief Minister Manohar Lal Khattar, where farmers have called for an indefinite gherao of the government’s Mini Secretariat starting Tuesday.

Wary of the situation escalating, Karnal Deputy Commissioner Nishant Kumar Yadav has issued prohibitory orders under Section 144 of the CrPC, which prohibits the assembly of five or more people.

The Samyukta Kisan Morcha had on August 30 given a call for gherao of the secretariat, demanding registration of an FIR against officers who had ordered a lathicharge on agitators during their protest against a BJP event in Karnal on August 28.

On Monday, Haryana Home Minister Anil Vij said, “I have ordered ADGP (Law and Order) Navdeep Singh Virk to be present in Karnal to oversee the situation and to ensure peaceful conclusion of the event. Stern action as per law will be taken against those trying to disturb law and order.”

Farmer leader Subhash Gurjar said, “The morale of farmers is high after their show of strength in Muzaffarnagar… Several barricades have been put up to prevent farmers from entering Karnal…”

In a video message to farmers, senior BKU leader Gurnam Singh Chaduni said, “After the police lathicharge we had decided to hold a big panchayat and gherao the DC office. For that we will gather in Karnal Anaj Mandi at 10 am on Tuesday where we will take a call for further move.” Other senior SKM leaders will also reach Karnal on Tuesday.

The farmers are also demanding the registration of an FIR against then SDM, Ayush Sinha, who had on August 28 ordered police to “break the heads” of those who breach the security cordon.

On the elaborate security arrangements in Karnal, ADGP Navdeep Singh Virk said, “The objective of these arrangements is to maintain public peace and order, prevent any kind of violence, facilitate the functioning of traffic and public transport system and to safeguard public property.”

Country in the midst of dramatic change: President Kovind

DC vs CSK, an IPL fixture in which MS Dhoni is Mr ‘Man of the Match’