With the Brihanmumbai Municipal Corporation (BMC) once again caught on the wrong foot, despite several assurances, officials decided to shut the key Andheri subway, which was among the first to get inundated, for four months across the entire season. 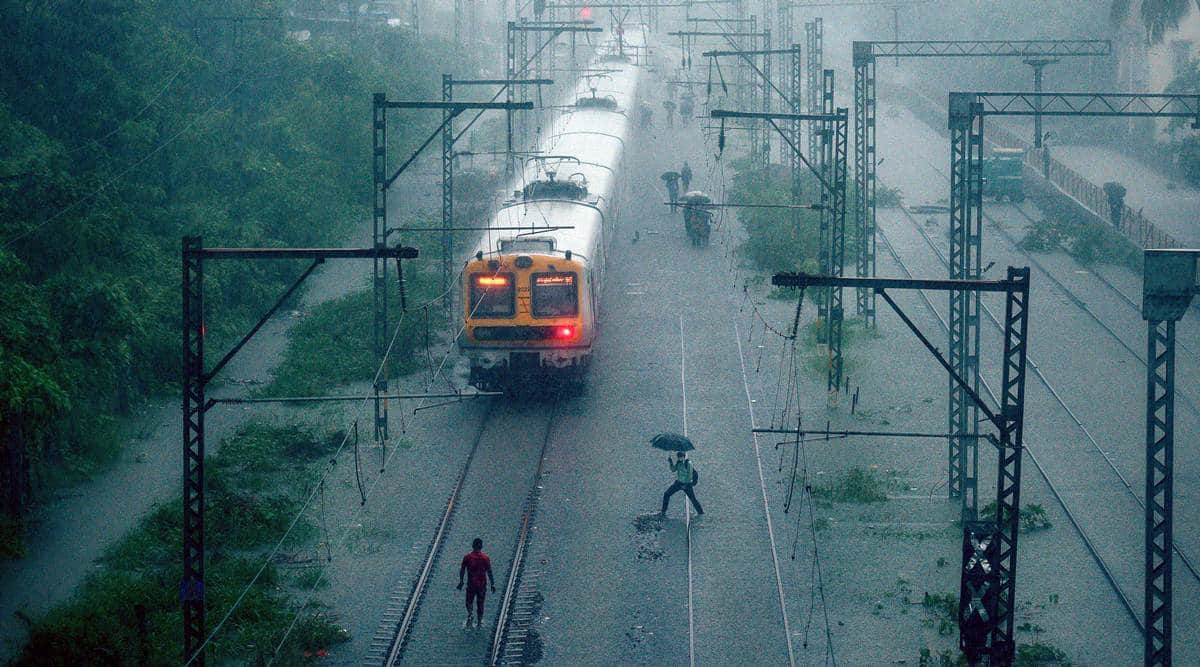 MUMBAI WAS brought to a near standstill on the first day of this year’s monsoon season with heavy rain lashing most parts of the city Wednesday morning, leading to traffic snarls and severe waterlogging that left roads, subways, suburban rail tracks and entire neighbourhoods inundated.

With the Brihanmumbai Municipal Corporation (BMC) once again caught on the wrong foot, despite several assurances, officials decided to shut the key Andheri subway, which was among the first to get inundated, for four months across the entire season.

On Wednesday, the city witnessed an intense spell of rain — between 50-100 mm — from 9 am to 10 am. The morning downpour coincided with tidal waves reaching up to 4.16 m at 11.43 am, which stalled the draining of rainwater through stormwater outfalls.

By afternoon, IMD had increased the “severe” weather warning to “red”, requiring the highest level of intervention by civic and disaster management authorities. By evening, the intensity of rain had subsided in the city and suburbs.

The Andheri, Malad and Khar subways, which take traffic through underpasses below the railway lines, were completely waterlogged and had to be closed for traffic. Three arterial roads — SV Road along with the western suburbs, Santacruz-Chembur Link Road near Tilak Nagar station and eastern expressway — were inundated at multiple locations.

Hospitals in South Mumbai were also affected with water entering Nair hospital at Mumbai Central and JJ hospital at Byculla.

Speaking to reporters, Municipal Commissioner Iqbal Singh Chahal said, “Between 9 am and 10 am, in areas like Sion and Chunabhatti, 60 mm of rain was recorded. Due to this, rainwater came onto the train tracks.”

On the Andheri subway, he said: “Waterlogging problems can only be solved after the construction of the Mogra pumping station… (it) will take two years. For the next four months, the subway will be shut.”

According to the BMC, it received six complaints of wall collapse, 14 of short-circuits and 32 of trees and branches falling. Ahead of the monsoon, BMC had installed dewatering pumps at 445 locations. Out of the total, 189 pumps were used between 7 am and 3 pm on Wednesday. The six storm-water pumping stations were continuously discharging flood water into the sea for seven-eight hours, said officials.

Likely to impose curfew-like lockdown in Karnataka, call to be taken in the evening: CM

Gandhi to Vivekananda, TMC raises statues ahead of civic polls in Kolkata