From the latest on the Covid-19 vaccination drive in India, to a special report on the families of the 53 people killed in the Northeast Delhi riots; here are today's top stories.

All citizens above 60 years of age and those over 45 years with comorbidities are eligible in the second phase of the Covid-19 vaccination drive that will begin from March 1. An estimated 20,000 private facilities will also be roped in for the exercise, but beneficiaries will have to pay for the vaccine. The cost will be announced sometime this week.

Sudhi Payyappat, a Kerala-born microbiologist settled in Sydney, spends most of his day closely examining human waste samples collected from wastewater treatment plants. He is looking for signs of Covid-19 in faeces. This helps in detection of the presence of the infection within a community even before a person with symptoms shows up. And his novel testing method is now being adopted across Australia. 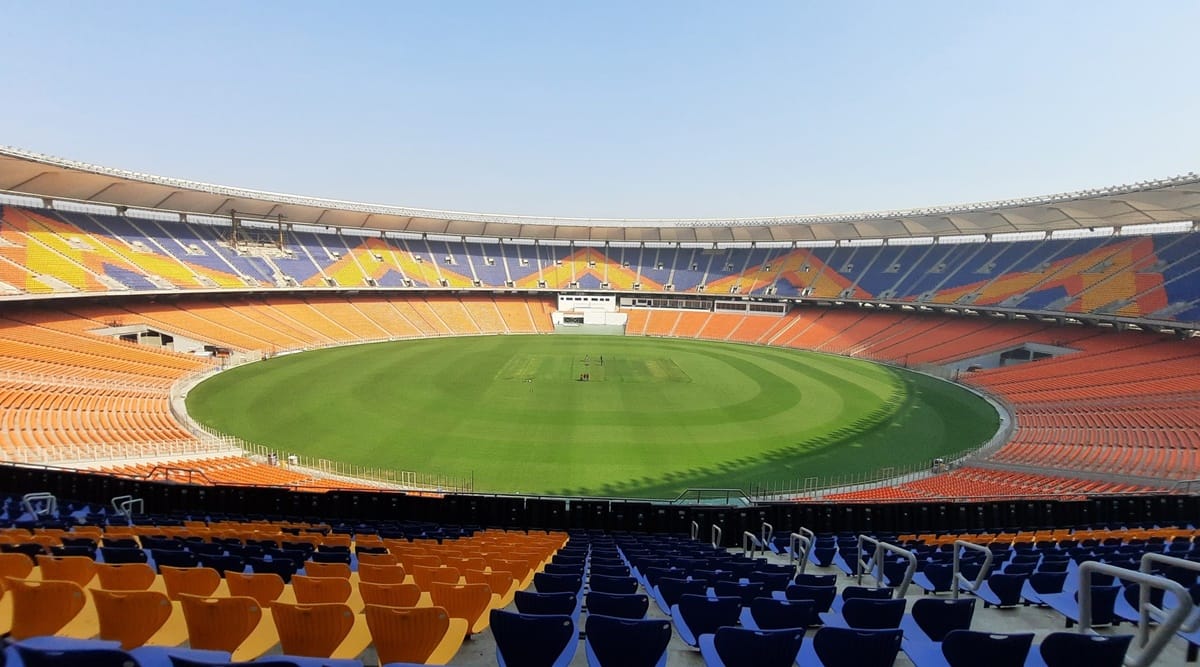 Even till the time the visiting England cricket team checked into their dressing room it was known as Sardar Patel Stadium. It was only after President Ramnath Kovind, who was in Ahmedabad to inaugurate the stadium, opened a digital plaque that the new name was revealed. The 130,000-seat arena at Motera in the Prime Minister’s home state of Gujarat will be known as Narendra Modi Cricket Stadium.

The Ministry of External Affairs rolled back its earlier order mandating Public Sector Undertakings, public-funded universities, and organisations to seek prior clearance for hosting international conferences, trainings, and seminars online. The new order states that rules that existed prior to the pandemic would continue to be applicable to these events.

Army chief General MM Naravane described the disengagement of Chinese and Indian troops at Pangong Tso in Ladakh as “a win-win situation”, but acknowledged there is a “trust deficit” between the two sides. He said “we have our strategies in place” to resolve “some issues that remain such as the area of Depsang… and pending issues in other areas…”

According to a medical report submitted to the Punjab and Haryana High Court, 24-year-old Mazdoor Adhikar Sangathan president Shiv Kumar suffered multiple injuries including at least two fractures on his left hand and right foot, “caused by blunt object/weapon”. Kumar was arrested days after dalit activist and co-accused Nodeep Kaur for allegedly trying to extort factory owners in Kundli and assaulting police personnel.

A year has passed since the streets of Northeast Delhi were rocked by deadly riots, leaving 53 dead. From a 15-year-old who had gone out to buy chowmein to a 90-year-old sitting inside the safety of his home — the Indian Express tracked down their families and discovered that wounds from the violence are still fresh.

Ahead of the assembly elections in the state, the CPI(M)-led government in Kerala on Wednesday decided to withdraw cases registered in connection with protests against entry of young women at the Sabarimala shrine and the Citizenship (Amendment) Act.

The Union Cabinet approved a Rs 7,325-crore production linked incentive (PLI) scheme for laptops, tablets, all-in-one-personal computers, and servers.  With the new PLI scheme, the government aims to attract the top five tablet and laptop manufacturers from across the world to set up or expand existing units in India.

A negative report on the RT-PCR test is likely to be made mandatory to enter Delhi for those taking flights, trains or buses from states with a high Covid case load, including Maharashtra, Kerala, Punjab and MP, sources in the Delhi government said.

With the Assembly elections inching closer, West Bengal CM Mamata Banerjee stepped up her attack on the BJP,  saying the “game will be on” and “if you (voters) can defeat them (BJP) in Bengal, then know that they will disappear from India”.

Fifty-one years after a Naxal leader was killed by the Kerala Police in a fake encounter, the CPI(M)-led LDF government decided to award a compensation of Rs 50 lakh to his four siblings.

Rajasthan CM Ashok Gehlot announced a Universal Health Coverage with an allocation of Rs 3,500 crore in the upcoming financial year as part of measures to reinforce health infrastructure in the state as well as to make healthcare more accessible.

For Dr Swati Mohan, the Indian American scientist who was responsible for landing the Mars Perseverance Rover after a seven month journey in space, it all started with American science fiction series ‘Star Trek’. “I must have been in grade three and it was this episode which showed these beautiful scenes of how space looked like. I thought to myself that I want to go see that place,” she told the Indian Express.

Delhi Confidential: According to sources, Congress will begin seat-sharing talks with the DMK on February 25 and it will be led by former Kerala chief minister Oommen Chandy (above) and AICC general secretary Randeep Surjewala. Centre of excellence on millets to come up on CFTRI campus

A good toss to lose: Unadkat

Newly elected MP has coffee with Twitter friends, gets feedback on key issues