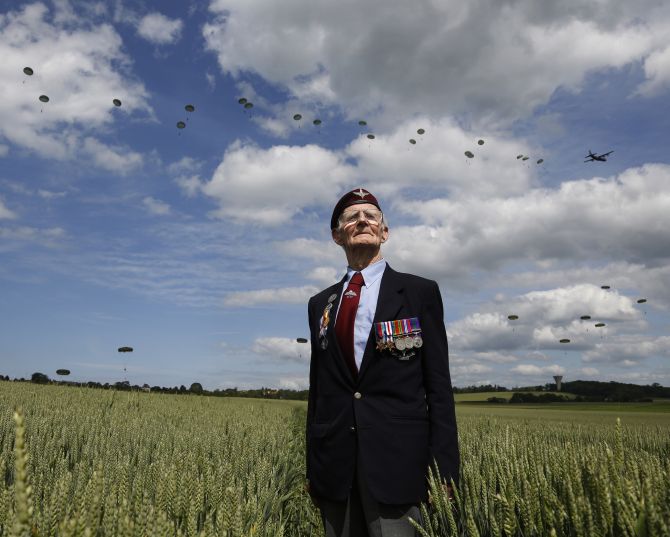 Veterans who stormed the beaches of Normandy exactly 70 years ago on Friday arrived at the same beaches on Friday morning to mark the moment they and their friends started the D-Day assault. Beaches that in 1944 were being pulverised by shells and gunfire and strewn with the brave wounded and dying were silent, as men who fought and survived remembered those who lost their lives in Nazi-occupied France.

It was this day 70 years ago that Allied troops invaded the Nazi-occupied land and the moment that marked the start of the end of World War II.

Along with the veterans, world leaders were also present in Normandy for an emotional ceremony expected to be the pinnacle of events marking the 70th anniversary of D-Day.

Rediff.com brings you some of the poignant images from the ceremony.

British D-Day veteran of the Normandy campaign Fred Glover, 88 of Brighton poses while watching a display by 300 multi-national paratroops in Ranville, France.

Pinarayi should end his silence on political murder, says Mullappally