There were 261 men onboard the P305 when the storm hit. On Wednesday, as bodies were fished out, 50 from the barge remained missing. "There was miscalculation on the Captain's behalf and also the company,” the Chief Engineer said. 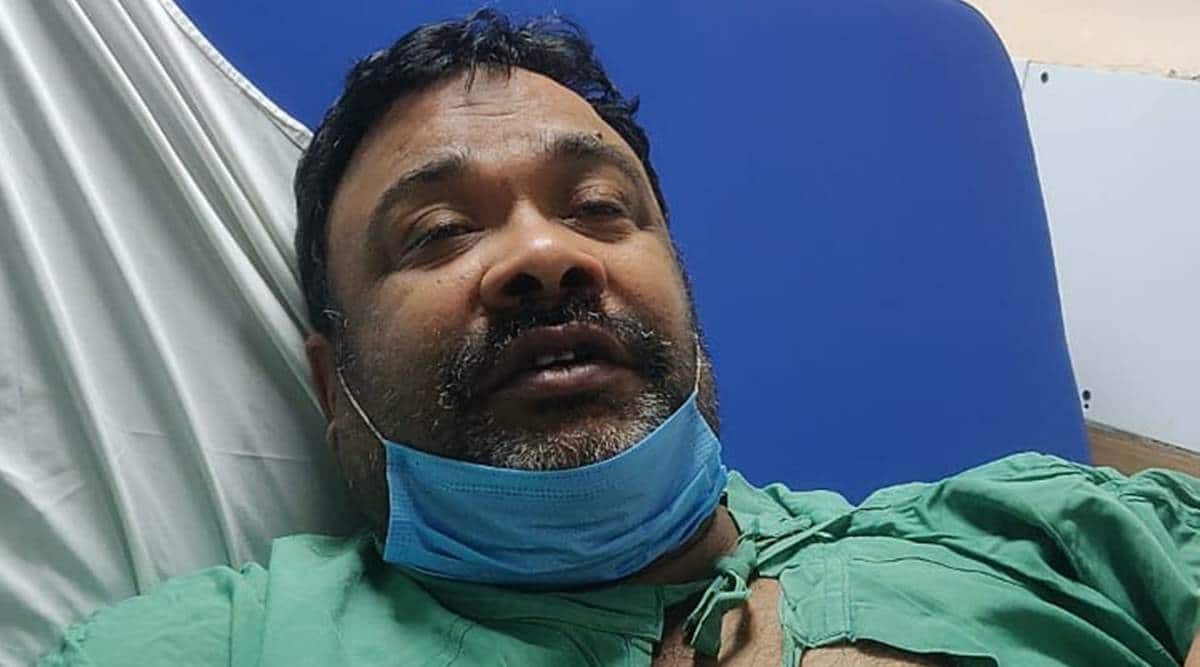 Everyone on board barge P305 could have been saved had many of the life rafts not had punctures and the Captain taken the cyclone warnings seriously, its Chief Engineer Rahman Shaikh, among the 187 men rescued from the vessel, told The Indian Express Wednesday.

Admitted to Apollo Hospital in Tardeo on Wednesday evening with a wound on his knee, Shaikh, 48, said, “We received the cyclone warning a week before it hit. Many other vessels in the vicinity left. I told the Captain, Balwinder Singh, that we must also leave for the harbour. But he told me that winds were not expected to be over 40 kmph and the cyclone would cross Mumbai in one or two hours. But in reality the wind speed was more than 100 kmph. Five of our anchors broke. They couldn’t withstand the cyclone.”

There were 261 men onboard the P305 when the storm hit. On Wednesday, as bodies were fished out, 50 from the barge remained missing. “There was miscalculation on the Captain’s behalf and also the company,” the Chief Engineer said.

The barge, which served as accommodation for the men working on ONGC platforms and rigs, was engineless, like most vessels in that category. Barges usually need to be towed by a tug boat. Shaikh said that he sent an SOS to Nove, the designated tugboat for P305, but its master did not show up.

He said they could spot Naval ships in the vicinity but before any of those could reach P305, the barge drifted and hit an unmanned oil rig. “We had a big hole. Water started coming in. We tried using life rafts on the port (left) side but only two could be launched and the rest 14 were punctured. Since the winds were blowing at high speed and the waves were high and rough, no one had the courage to check on the starboard side where there were 16 more life rafts,” said Shaikh.

The men, who had worn their life jackets, were asked to jump into the sea in groups holding floating rings, so that they would be visible to rescuers and could be picked up, he added. “The barge finally sank at 5 pm on Monday.”

Shaikh said most of the men died from being too long in the water, and due to panic and shock. “I saw death coming but was saved by the grace of Allah,” he said.

Shaikh was finally rescued by the Navy and brought to Apollo Hospital, where his family was able to meet him.

The technical superintendent of the company, Rajendra Pratap, called him while he was being admitted, Shaikh said. He asked about the Captain. Pratap said they were still looking for him.

BJP won’t even win 1 seat in UP: Tejashwi’s prediction after Mayawati visit

It won’t be easy in Chennai: Deepak Thakur