Milind Sohoni writes: Besides labour and capital, knowledge, including about mortality rates, is a key determinant of a country’s growth and well-being. 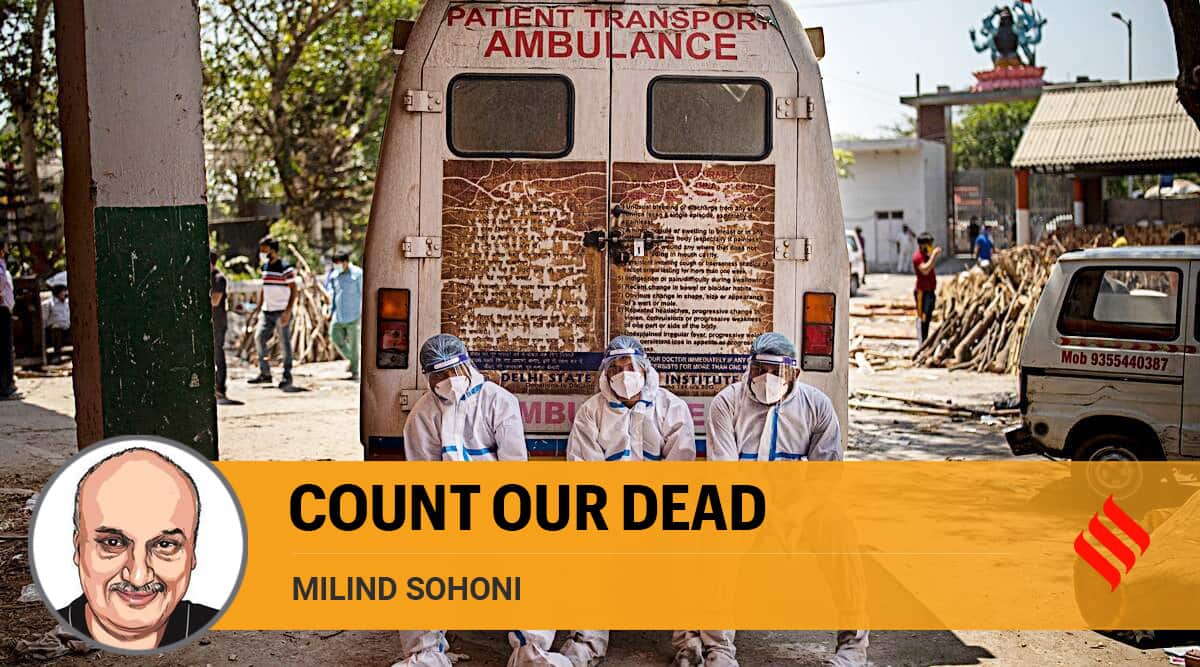 The post-World War II era saw the establishment of many global institutions, including the World Bank, and substantial research on national development and its determinants. A famous model was the Solow-Swan model that highlighted knowledge as a key determinant — besides labour and capital — of growth and well-being. The concept of knowledge is now better understood and covers not only scientific knowledge but also the nature of institutions and information flows within society. A consequence of the model was the prediction that under reasonable conditions, and by adopting best practices, groups of nations would converge to roughly equal and higher levels of development.

During the current epidemic, affluent nations in the West, from the USA to Belgium, have seen roughly 1,500-2,200 deaths per million (DPM) population. The data have been analysed threadbare and the role of key determinants — the age profile of the population in question, healthcare infrastructure and country-specific policies — accounted for. This discussion has led to social, cultural and scientific innovations that have substantially benefited these nations.

Let us now come to the official data on Covid-19 deaths per million (DPM) in the states of India. Just so that we do not get into party politics, let us compare states ruled by the party at the Centre. We see a great divergence — from 100 DPM in Uttar Pradesh and 150 DPM in Gujarat to 530 DPM in Karnataka and 1,980 DPM in Goa. Even more surprising is that more deaths have occurred in states which were better prepared in terms of beds and doctors — UP has 37 doctors per one lakh people, Gujarat has 101, while the states with a higher DPM, Karnataka and Goa have 153 and 260 doctors per one lakh people. How do we explain this?

The proximate reason is, of course, under-reporting of deaths, more so, the cause of death. According to the Census office report of 2018, 100 per cent death certificates in Goa had reported the cause of death; while in UP, this was barely 6 per cent. By scaling each state’s death toll by this factor, we could get more comparable DPM figures for all states — other than Gujarat — of 1,500 to 2,000. That said, there is as yet no scientific explanation of this great divergence. And, given the narrow interests of our experts, this is unlikely to change.

The reconciliation of these numbers will improve the science of epidemics and save lives. At the heart of the oxygen crisis were mistakes in the estimation of true demand resulting in unfair allocations. All this may not bring the dead back to life but will enable us to give succour to those left behind. Consider, for example, a steady monthly pension of Rs 10,000 to those households who have lost their sole breadwinner of age 45 years or less. Even assuming the true figure of deaths to be eight times as much, about 32 lakh, the number of those eligible would be about 4 lakh. That would mean an outflow of about Rs 400 crore per month, which is certainly manageable. This would be a fitting resolution to the compensation case currently in the Supreme Court. But in the absence of solid data, this option cannot be exercised.

Reconciliation of mortality figures would allow a more systematic study of our current health infrastructure, manpower and capabilities, and the human costs of not having them in place. For example, in Maharashtra, the mean age for Covid-19 deaths is about 60 years, 11 years less than the life expectancy of 71 years. This inversion has not been observed in the developed world, and indicates, perhaps, the poor overall health of our people. We would also know how Kanpur and Ahmedabad managed the epidemic four times better than Pune or Bengaluru — cities with some of the best per capita healthcare infrastructure. Or how the administration in rural UP managed to keep the DPM below that of rural Goa. Such studies will lead to a better and more engaged science. States would learn from each other, adopt good practices and evolve together for a better future — exactly what Solow had argued.

The Economic Survey 2020-21 spent a considerable number of pages to propose a Basic Necessities Index and tried to examine if states were converging on its yardsticks. For many indices, the states are either not converging fast enough, for example, population growth rates, or are actually diverging, as in the access to drinking water. The resulting tensions are for all to see. The only way out is for the Centre to measure development outcomes with honesty and transparency to develop capacities in the states, encourage their participation and insist on good practices across states. Unscientific excesses in the implementation of the Disaster Management Act and the quiet acceptance of implausible Covid-19 mortality numbers reported by some states are steps in the wrong direction.

But there is a bigger hurdle on the road to progress and convergence.

Each state has evolved its own political culture and a contract between its people, politicians and the administration. This contract decides how people view citizenship, their duties and their expectations. Thus, what is acceptable behaviour for a minister or a district magistrate in UP may not be so in Goa or Karnataka. Moreover, in many states, there is a growing realisation that a bureaucracy that brooks feedback is more likely to deliver material well-being, than the politics of ideology or personality-related narratives. Citizens here want the facts, however unpleasant, and wish to participate in their measurement and analysis. Across the world, honesty about numbers and coupling better knowledge with citizen participation in governance has led to better development outcomes. In fact, the indices of governance and development move in tandem, and climb sharply, as we go from UP to Goa via Gujarat. That could be the real reason for the difference in official mortality numbers.

Crucial to this transition is the emergence of a local civil society — teachers, professionals, politicians and artists, shopkeepers and entrepreneurs, a responsive science and a greater role for the regional universities and colleges. But this pushes against the biggest vested interest in modern India — the central bureaucracy of science and higher education and its elite institutions. Moreover, such independent thinking and renewal in a state run contrary to the imperial view in Delhi, its politics of centralisation, and the “One Nation One Elite” motif. These are tough conditions for Solow’s virtuous cycle to take hold and the states to progress.

This column first appeared in the print edition on June 30, 2021 under the title ‘Count our dead’. Sohoni teaches at IIT Bombay

Transwoman activist, first from her community to file nomination for Assembly polls in Kerala, found dead

Mayawati calls Congress’s NYAY a gimmick, hits out at BJP over ‘hollow promises’