‘India has paid a heavy price for believing that the pandemic had gone.’

We are all probably slightly confused. Puzzled.

Should we take our second dose of Covishield at 12 weeks or eight weeks?

And some of us promptly, alas, took our second dose at four weeks!

With COVID-19 already complicated and life-altering (read: life-screwing) enough, why is the government perplexing and bewildering us further with these constantly shifting timelines? Sigh.

Gently-spoken vaccine scientist Dr Chandrakant Lahariya offers, in a low-key, non-dogmatic manner, detailed, documented information on why you should take your second dose of Covishield at 84 days.

The physician, who receive his training in vaccinology at the University of Geneva and the Institut Pasteur, Paris, has 17 years of experience in the field and worked with the World Health Organization, New Delhi, for over 13 years, part of the time strengthening immunisation systems and introducing new vaccines.

That’s many good reasons there for us to listen to him.

Dr Lahariya also discusses goals for our future when it comes to pandemic preparedness with Rediff.com‘s Vaihayasi Pande Daniel. I think India has paid a heavy price for believing that the pandemic had gone.

The reality, that now we are seeing, is that in nearly every country there has been a resurgence, but the impact has been the worst on India, more than any other country.

No country can declare victory against pandemic until the pandemic is actually overcome in every part of the world. The Americans know this. The rise in cases in the UK after the Delta variant is another proof. We should also accept that and work accordingly.

Vaccination is a good (strategy of protection), but there are always other (unpredictable) possibilities. We should not declare victory till the pandemic is actually over.

India declared near victory or end game in March.

Secondly, there is no alternative for us, but preparedness as a pandemic response. About the third wave, that discussion is happening, which is good, but it should result in actions at the ground level.

It should be done at the district level.

Thirdly, which you reflected on, that, of course, politicians should provide leadership, but their response should always be based upon knowledge and evidence and, more so, it should factor in the voice of independent experts, who should be involved, so that governments are not sitting in an echo chamber of what they are saying and they hear it back from their officials.

Another learning — which in my opinion is very crucial — is the very high relevance of data, all types of data, reliable and timely data and a health information system. This is so very essential for a pandemic response.

For example, even genomic sequencing, which we discussed, is very useful to understand the response to a pandemic.

Finally, we have learned in many places, but not used it widely enough, is that a pandemic response will always be dependent upon a three-way partnership of policymakers, who are elected leaders or the government bureaucracy, technical experts, like public health and medical experts, and the community members.

All three need to do their bit. They need to work in real-time coordination and I can deliver a long speech on why this is paramount.

Across the world, this is the pattern (that has been shown to be most effective) that all three are required — policymakers, technical experts and community involvement.

If any of them are not involved, it is unlikely to succeed. You really need to build on the three-way partnership, institutionalise it.

On the contrary, what the Indian government did was the elected leaders preached what they did not practice, and, of course, then the people cannot be blamed, that they did not follow what they were being preached. You have stated in many articles that the timeline for the second dose of the Covishield vaccine should not be moved from 12 weeks. The government has been talking about moving that timeline again.

I have studied various aspects of this vaccine, Covishield.

But I am also speaking based upon 17 years of my studies of vaccines and immunology. I have worked on vaccines and with the vaccination programs for many years and — to put this in context — I would mention that I studied immunology and vaccinology at Institute Pasteur, Paris.

The broad principle is that vaccination programmes are always a combination of operational reality and scientific evidence.

The Covishield vaccine dose interval is still more confusing. Oxford University is widely known for its research work. But universities have to collaborate with an industry partner to produce vaccines on a large scale.

They collaborated with AstraZeneca, a big pharmaceutical company, which had never worked on vaccines. This is the first time they (AstraZeneca) have collaborated for any vaccine.

The way they conducted the vaccine trials, where the participant in clinical trials ended up getting the vaccine second dose at different intervals, ideally should not have happened.

Reportedly, at the trial stage, there were delays in vaccine supply and some people did not turn up on time, because the company had no experience in conducting vaccine trials, which are very different from conducting drug trials.

When the trial outcome was analysed, investigators found that there are other dimensions to it, not only because the dosing interval was changed but, in some cases, only half of the vaccine dose was administered to some of the clinical trial participants.

But the conclusion drawn was that 12 weeks can provide a better protection than four weeks.

The story would have ended there.

But then the US has done their own separate trial for the AstraZeneca vaccine as well, which they have not approved yet, in which the original protocol of four weeks was followed. In the US trial 76 per cent efficacy was found.

There is no easy answer on if it should be four weeks or 12 weeks.

If we go by the previous trial, then four weeks provides very minimal protection and it’s better to go for a longer interval. That’s logical.

But in the other trial it’s four weeks, and 76 per cent efficacy and that trial suggests you should get the second dose earlier.

But in the context of India and with emerging evidence (from India), we should have clarity on the purpose of our COVID-19 vaccination drive.

In India, our vaccine coverage is so low, our purpose is not reducing transmission or anything or at least not right now. Our purpose is to prevent moderate to severe disease in those who can be protected, earlier.

When there is a limited vaccine supply, when there is such a low coverage, the focus should be on giving vaccines to the people who need it most. And for the purpose of preventing morbidity, mortality and severe disease.

A single dose provides 71 per cent effectiveness and the benefit of not being hospitalised (should you get COVID-19), which is as good as two doses given at a four-week interval.

So why not give one dose, to more people — that’s my approach.

The other thing is that amongst the adult population there is very little risk as the population age goes down. I wrote a piece in The Times of India, which in summary says that the UK is at a very different stage, where nearly 80 per cent of their adult population has been administered a single dose.

Obviously, now that the UK has vaccines, they want to vaccinate people as early as possible. And obviously the Delta variant has given a cause to reduce this interval, but they actually have fought the entire pandemic with the 12-week interval.

Once India achieves vaccination of its entire vulnerable population, and anybody who is 45 plus is, at least, vaccinated with one dose, then I would say it is okay to reduce the interval a little bit and give them a choice.

I am in the age group of 18-44 years and as medical doctor, I could have taken the jab earlier. I did not take my vaccine for long, for the same reason. I thought it’s not a risk for me and people who have higher risk should take it and then once I got my vaccine, I took my second shot at gap of 12 weeks and five days. So, like I did practice what I’m telling people. 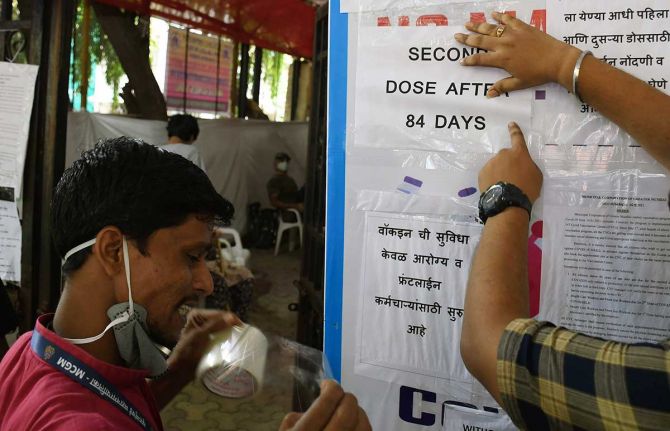 Your message is that you should take your second dose at 84 days until the situation changes and more people are vaccinated?

Until situation changes, you have a sufficient protection if you take the second dose at 12 weeks, because this vaccine works in a way where it provides protection in the first dose, unlike Covaxin, where a single dose is not proven to provide any protection. For Covaxin, the second shot should be taken soon after four weeks.

This works on a different mechanism. Even Sputnik V which is licensed, the currently recommended gap is three to 13 weeks.

The other key point is that which has been discussed earlier, India is at a very different stage of the pandemic from the UK. Sixty to 70 per cent of our populations may have already got natural infection or were asymptomatic. In those individuals — there are scientific studies — that natural infection plus one shot of vaccine is very likely to be equivalent to two shots of vaccine.

The second shot has different types of benefit. It’s sort of a booster effect, maturation of antibodies and other nuanced benefits.

In such settings, if the second shot is delayed up to six months, even better. That is a possibility in the period ahead. For the people who got infected?

Irrespective of which group. Because that’s 60 per cent of the population which is infected and stayed asymptomatic and you don’t know who that is.

If the new strain/variants was not there, the situation would be very different and my recommendation would be to take the second dose after six months.

Actually, in vaccination programs the optimal gap between two shots of a vaccine is anywhere between two to six months. The gap is always longer for adult population.

Most multi-dose vaccines in children and adolescents are usually given at two and six months. You give a second dose later because there is some added advantage. In India two shots of most childhood vaccines are given at four weeks. 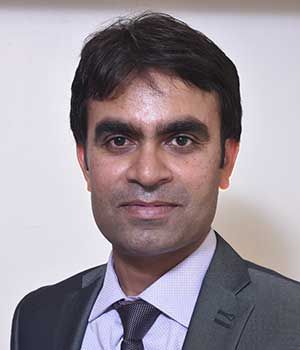 Four weeks is not at all ideal. The minimum interval between two shots for vaccines should be eight weeks.

But India does four weeks (for pediatric vaccines), because of the situation here, risk of higher transmission, because even when we recommend four weeks, people do not turn up. So, you want to get them vaccinated as early as possible, even at four weeks.

There are many operational realities and all those should be considered.

The Covishield vaccine, in my opinion, at present, it is perfectly alright to go for a 12-week interval.

I personally think that the government should not alter that schedule till 50 to 60 per cent population is covered with at least one dose. And then it should alter.

That’s actually what the UK also did.

So, this message is wrong that UK reduced it to eight weeks. It first reduced it only for the 50 years and older population. Then, it reduced for the 40 years plus population. For the rest of the population all the same 12 weeks applies, which also shows the operational realities.

If it was all good, for everybody, then they would have released the second dose, after eight weeks, for the entire population.

Chronicles of Tim: Taimur steps out in style with papa Saif Ali Khan as he visits a popular studio – view pics