Small businesses and residents in Vietnam are struggling under the weight of harsh lockdown restrictions. Despite the virus' resurgence, just 3.9% of the population has been vaccinated so far. 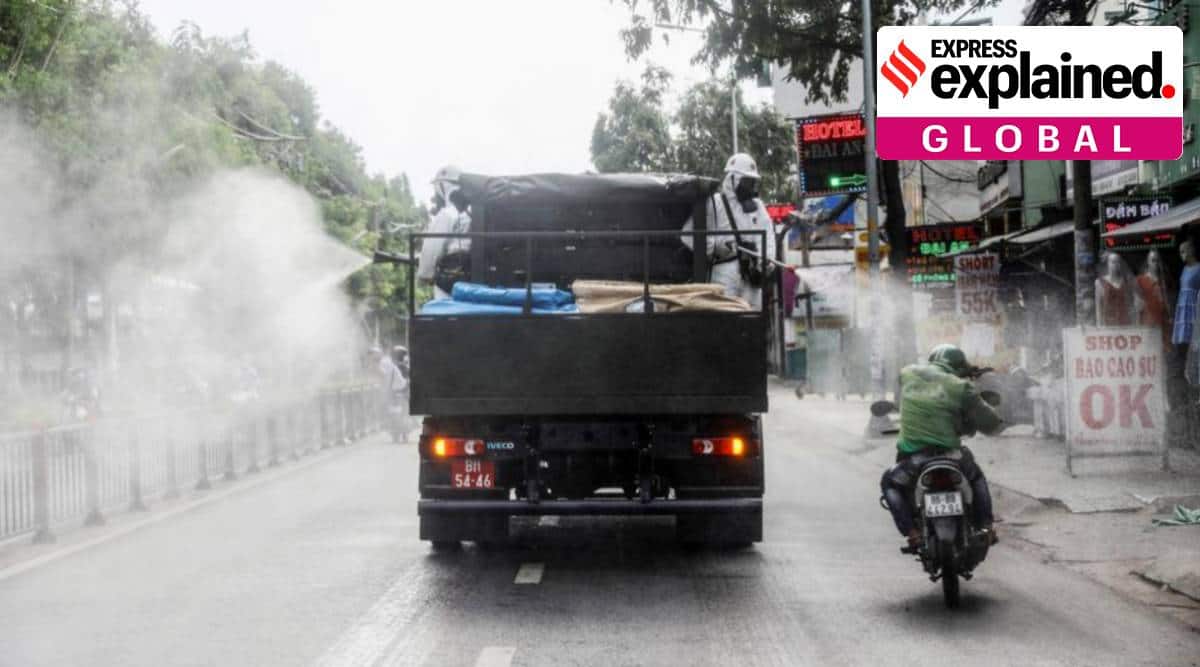 Through the first four months of this year, Diep Nguyen was enjoying Vietnam’s impressive containment of COVID-19. Her cafe in an upscale area of Ho Chi Minh City was becoming more popular, and she had begun experimenting with serving cocktails.

On May 31, she stopped in-person service, as several of her employees lived in neighborhoods that were turning into infection hotspots.

“We switched to delivery-only, and I moved operations to my home to limit my transportation, and it was easier to manage the limited delivery menu, which was just cold brew coffee,” Diep told DW.

On July 9, Ho Chi Minh City’s government suspended all food and beverage deliveries as part of a hard lockdown amid an explosion of COVID-19 cases. Diep’s cafe remains closed, along with most businesses.

Up until this May, Vietnam was among the world’s most successful countries when it came to managing the pandemic. From January 2020 through April 27 this year, the day a devastating outbreak fueled by the delta variant began, the Ministry of Health had recorded under 4,000 cases, a large proportion of which were imported, and just 35 COVID-related deaths.

Since then, 559,347 domestic infections have been detected, with 14,125 people dying from COVID-19, stunning a country that had spent the previous 18 months in a state of relative normality that was to be found almost nowhere else.

Ho Chi Minh City has accounted for nearly 80% of these deaths and roughly 275,000 cases. The delta variant has brought the health care system to the brink of collapse, wreaked economic havoc on what had been a dynamic powerhouse and largely shut down a city known for its hyperactive streets.

Under lockdown restrictions that are due to expire September 15, residents can’t leave home unless it’s for an emergency, while orders for groceries are placed through a government system that is straining badly under the weight of the needs of 10 million people.

Elsewhere in the country, though most of Vietnam’s provinces have maintained low infection figures, just 3.9% of the nation’s 97 million people have been fully vaccinated so far. The government has struggled to secure vaccine imports thanks to oversupply to wealthy countries and intense demand across the world.

Domestic travel is shut down due to the risk of viral spread among the largely unvaccinated population.

Most adults in Ho Chi Minh City have received at least one vaccine dose owing to a concerted government effort to funnel what supplies there are toward major population and economic centers.

“I think the biggest challenge is how to find the balance between slowing down the increase in new infections and deaths, and maintaining core social economic activities in the context of lack of vaccines for the whole population,” said Nguyen Thu Anh, a public health expert and country director of the Woolcock Institute of Medical Research in Hanoi.

After long pursuing a zero-COVID approach, Vietnam’s leaders recently shifted to discussing the reality of “living with the virus.”

“We cannot stay in isolation and lockdown forever because the difficulty it places on the society and economy is huge,” Prime Minister Pham Minh Chinh said at the start of this month.

The outbreak and restrictions in response to it have put millions of people out of work or on reduced pay, while many businesses won’t survive having to close for multiple months. While it is too early to determine what impact this outbreak will have on the overall economy, the World Bank has cut Vietnam’s 2021 GDP growth projection by two percentage points, from 6.8% to 4.8%.

Ho Chi Minh City and other hard-hit provinces are now scrambling to devise a new path moving forward, but daily life remains a challenge for many.

“We haven’t been able to go outside since August 22,” said Nguyen Thi Ngan, who works for a furniture company and lives in Binh Duong Province, a major manufacturing hub neighboring Ho Chi Minh City. “I haven’t gone to work since late July, and ordering groceries online is now more expensive and it takes a long time to get delivered.”

She received her first dose of the Moderna vaccine on August 19 and is waiting for her second, while the immediate future is unclear.

“We don’t have official information yet, but I think that all workers who have at least one shot will go back to work at the end of this month,” Nguyen said.

Diep, meanwhile, is struggling to keep her business afloat.

“I applied for government support for small business owners to pay rent, but it was just a one-time $132 (€112) payment, and we haven’t received it yet,” she said. “Our landlord reduced rent by 50% starting the second month we were closed, which I was happy with, but if we have to keep paying that for another month or two, it will be a big burden. And I’m still supporting my staff even though they can’t go to work.”

Earlier this week, the city government announced that food and beverage deliveries would be allowed again, but with strict rules in place: Businesses can only operate from 6 a.m. to 6 p.m., deliveries can only be sent within the same area, staff must have at least one vaccine shot, and they must follow the “three on the spot” model implemented at many factories.

This means that employees have to eat, sleep and work at the place of business.

“The rules are so confusing, but you still have to make decisions based on that confusing information,” Diep said. “That’s probably the biggest challenge.”

One positive, however, is how her neighborhood has come together during the strict lockdown: “They’ve given out rice and vegetables for everyone a few times, and they have a group on Zalo [Vietnam’s main domestic messaging app] for updates on vaccinations, support packages and how to buy groceries. Now I know everyone, and they all know me.”

Bringing women into the workforce

‘I could only imagine Dev as David Copperfield’