Coronavirus India updates March 6: Adequate screening measures have been put in place and nine more airports have been added to the existing 21, bringing the total number to 30 airports where screening of passengers is being carried out. India on Friday stepped up screening measures for international passengers as the number of confirmed coronavirus cases in India jumped to 31 after a Delhi man with travel history to Thailand and Malaysia tested positive for COVID-19, health ministry officials said.

“The patient is from Delhi. He has a travel history to Thailand and Malaysia. He is stable and being monitored,” a health ministry official said in a press statement. 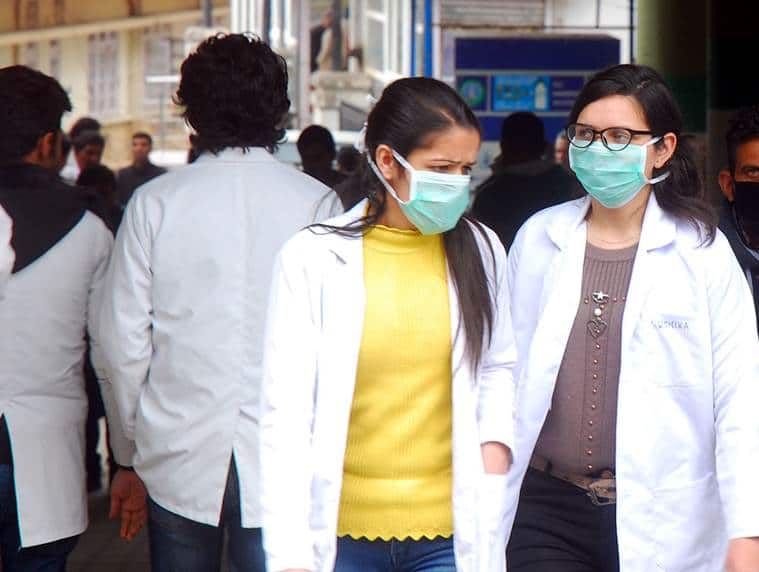 All international passengers irrespective of their nationality are mandated to undergo a universal medical screening, as per the latest advisory. Adequate screening measures have been put in place and nine more airports have been added to the existing 21, bringing the total number to 30 airports where screening of passengers is being carried out.

Meanwhile, India said it was fully prepared to bring back the Indians stranded in Iran, which has been scrambling to contain the rapid spread of the virus where at least 107 people have been killed.

According to the World Health Organization (WHO), more than 94,900 confirmed COVID-19 cases and at least 3,272 deaths have been reported globally.

According to officials, the government is in discussions with Iranian authorities and a ferry flight, carrying around 300 swabs of Indians suspected of having coronavirus infection, from Tehran is to land in the national capital on Friday. The flight, to be operated by Iran’s Mahan Air, would not have any passengers and Iranians in India would be taken back in the return flight.

There are around 2,000 Indians in Iran, one of the countries which has been severely affected by the coronavirus outbreak. After 17 new deaths were reported today, the death toll in Iran has now climbed to 124.

“The government is in talks with the Iranian government to bring back the Indians. We are fully geared up to screen passengers and also follow up cases, amid coronavirus outbreak,” Civil Aviation Minister Hardeep Singh Puri told reporters. 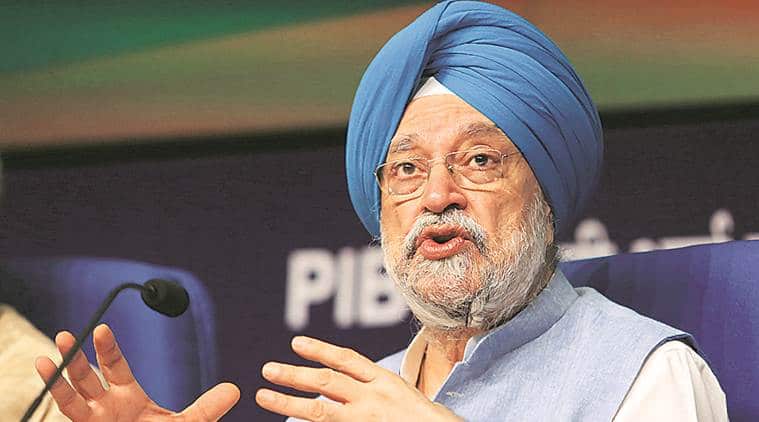 A total of 13 Italian tourists were kept in isolation overnight at their hotel in Amritsar by the health department to check for coronavirus symptoms, an official told news agency PTI. The tourists were asked not to leave their hotel rooms after they checked in on Thursday night. However, they showed no symptoms of the virus in the medical check-up done on Friday and were allowed to leave for Delhi, Amritsar Sub Divisional Magistrate Vikas Hira told the news agency.

Assam remained on alert after a US citizen who had travelled to the state earlier this month has been tested positive for the infection in Bhutan. On Friday, a statement from Bhutan’s Prime Minister’s Office confirmed the kingdom’s first positive case. The statement confirmed that the 76-year-old US national had flown in to Paro from Guwahati, Assam through a Drukair flight on March 2.

“We found out about this earlier today — we are currently tracing all those people the patient might have come in contact with and all the place he visited while in Assam,” said Pijush Hazarika, Assam minister of state (MoS) for Health. “We have taken extra steps to sanitize the entire Guwahati Airport this morning.

According to a tweet by a Bhutan-based journalist, the patient “undertook a seven-day Brahmaputra river cruise.”

Tripura govt appeals people to not panic, says no one infected

In a press release, Tripura Health Department said no one has been found infected with coronavirus in the state. The government has said one person among those who travelled to affected countries has been put under preventive observation. The government has also appealed people not to panic. Meanwhile, a source inside the state-run Agartala Government Medical College said the person put under preventive observation is recovering and most likely suffered from seasonal flu and not coronavirus.

More than a lakh people including the visitors from abroad were screened at the Chennai International Airport and 1,654 suspected cases were closely monitored for 28 days, said Tamil Nadu Health Minister C Vijayabaskar, adding that there has been no positive case of the Coronavirus in Tamil Nadu.

After making a visit to the Chennai International airport on Friday to inspect the safety protocols, Vijayabaskar said they have taken throat and blood samples of 54 people and the results were negative. “We have strengthened the airport screening. Alongside the thermal screening, other equipment like hand-sanitizer, and latest technology like air-sanitizer have been set up at the airport. Per day 52-58 flights reach the Chennai airport and approximately 8,500 passengers land up at the arrival alone. Since the virus is having an impact on our nearby countries like Italy, Iran, South Korea, Japan, etc., we are screening all the International passengers irrespective of their nationalities and origins,” he said while speaking to the reporters.

The Karnataka health department on Friday conducted meetings with mall operators in Bengaluru to take preventative measures in the wake of coronavirus.

Speaking to reporters, Karnataka Minister for Medical Education Dr K Sudhakar said, “since many people gather in the malls during weekends, we have conducted meetings with the mall owners and operators and directed them to take preventative measures like giving sanitizers to workers and avoiding huge gatherings in the malls.” The health department officials have also conducted meetings with club associations of Bengaluru regarding precautions and support in awareness on Coronavirus.

As per the latest bulletin by the Karnataka Health department, 717 people have been identified for observation, of them 236 persons have completed 28 days of observation and 469 persons are continuing under home quarantine. These include persons who have travelled to COVID-19 affected countries and contacts of COVID-19 positive cases. Till Friday evening, eight people are admitted in selected isolation Hospitals in Karnataka. A total of 343 Samples of symptomatic persons have been sent for testing and 296 samples are reported as negative.

With the number of coronavirus cases swelling in the country, the Indian Army has decided to expand quarantine facilities at multiple locations with an additional capacity to cater to 1,500 people. Tentative locations include Jaisalmer, Suratgarh, Secunderabad, Chennai and Kolkata. 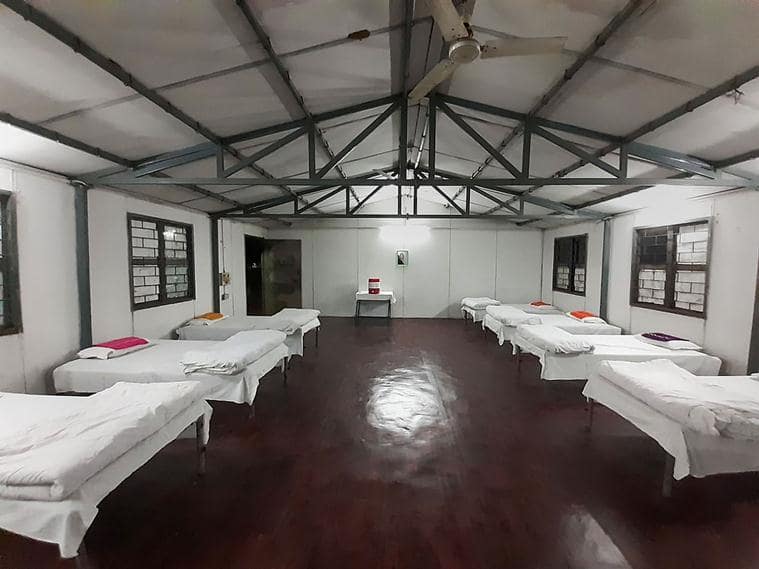 The CISF, meanwhile, postponed its anniversary parade and related celebrations scheduled for next week across the country, officials were quoted as saying by PTI.

The University Grants Commission, the statutory body for higher education in the country, also issued an advisory against large gathering on college campuses. “Avoid large gathering on campus, any student/staff with travel history to COVID-19 affected countries or in contact with an infected person in last 28 days should be home quarantined for 14 days,” the statement read.

In the national capital, authorities on Thursday had announced the immediate closure of primary schools until March 31 to ensure safety and local transmission.

Health Min tells LS: 29,607 people under observation as on March 5

A total of 29,607 people are under observation of Integrated Disease Surveillance Programme (IDSP) network for novel coronavirus as on March 5, Union Health Minister Harsh Vardhan informed the Lok Sabha on Friday. He also said 654 people were brought from Wuhan in China on February 1 and 2, and kept in quarantine at Army Camp in Haryana’s Manesar and Indo-Tibetan Border Police (ITBP) Camp at Chhawla in Delhi for 14 days.

These evacuees were tested twice and reported negative for COVID-19 and were discharged on February 17 and 18, Vardhan told the House, responding to a query raised by Rahul Gandhi along with two other MPs.

On February 27, a total of 112 people, which included 76 Indians and 36 foreign nationals, were evacuated from Wuhan and kept in mandatory 14-day quarantine at the Army Camp in Manesar, the health minister said.

India has limited integration with the global value chain, which “insulates” its economy from the impact of the coronavirus epidemic, RBI Governor Shaktikanta Das said on Friday.

Das also pitched for launch of a “non-stigmatised currency swap line” by the International Monetary Fund (IMF) to provide liquidity to countries, and added that India’s “robust” forex reserves of over USD 460 billion will ensure it does not face a liquidity problem. 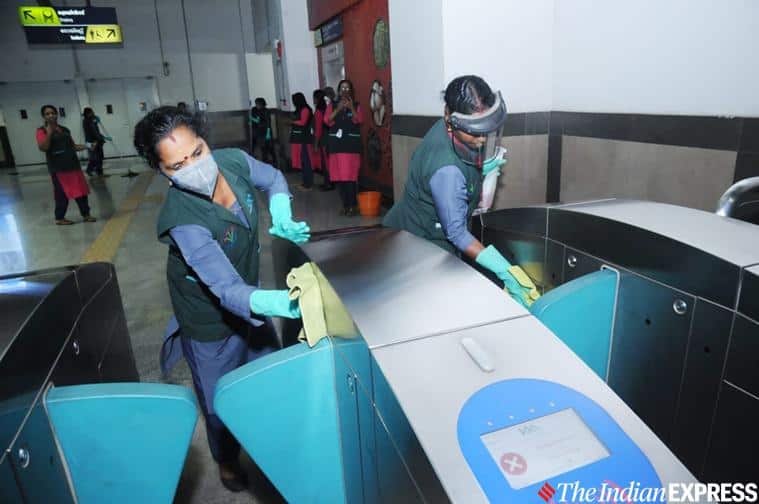 The comments from Das come days after the RBI assuaged markets that it will do all it can to minimise the coronavirus impact. Das said central bank governors of the IMF’s member countries had held a teleconference, where it was decided to have a globally coordinated response to the crisis.

“India is not that much integrated into the global value chain as some of the other countries. To that extent, India remains insulated,” Das said, addressing a summit by industry lobby Assocham here.

With every passing day, more countries on the map are being marked with the spread of the COVID-19 as the first cases have emerged today in Vatican, Cameroon, Serbia among others. US President Donald Trump is expected to sign an 8.3 billion dollar measure to help tackle the coronavirus outbreak. The legislation would provide federal public health agencies money for vaccines, tests and potential treatments, and help state and local governments prepare for and respond to the threat. The Senate passed the measure Thursday to help tackle the outbreak in hopes of reassuring a fearful public and accelerating the government’s response to the virus.

Congressmen upset over some appointments to boards, corporations being kept on hold

‘Amendment to RTI Act will weaken it’